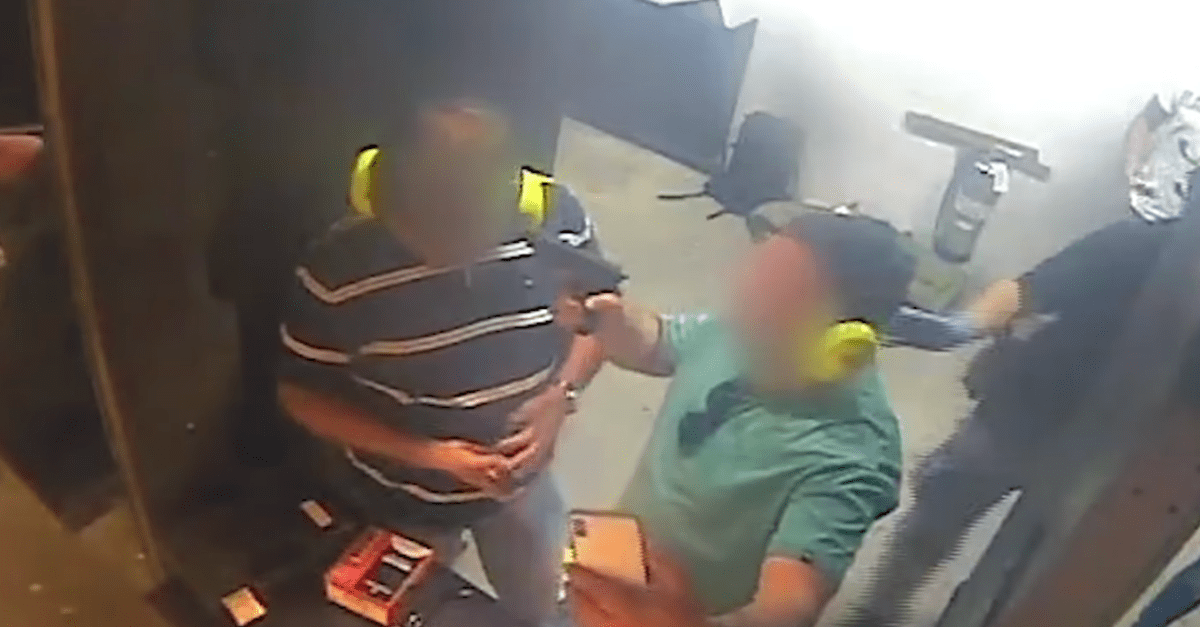 “I was just doing it for the likes” really isn’t a great excuse for putting a for real gun to your friend’s head and taking a selfie of the two of you. It would be an unimaginably dumb thing for a 17-year-old to do, but a grown ass adult doing this sort of makes you want someone to look into this guy’s life and make sure he’s not the primary guardian for any small children, or that he doesn’t have a job that requires him to operate dangerous machinery or oversee the safety of others.

The video below was taken at Top Gun Range in Houston, Texas and shows basically some of the stupidest shit you’ve ever seen. The gun range’s safety officer was, thankfully, standing right next to the pair of geniuses and intervened. The two men were thrown immediately out of the range and banned for life.

The worst part of this video isn’t the guy with the gun, it’s the guy’s friend who is inexplicably okay with the picture idea. “Herr Derr uhhh sure thing put ur gun to my head tHat WiLl bE a FuNnY piC!” That guy needs to stop being friends with the guy who has the gun. It’s only a matter of time before he’s like, “Hey man lemme take a pic of you holding this lit M-80 in your mouth. It’ll be hilarious!”

God I hope the gun the guy in the video was holding was a rental from the range and not something he brought from home and, based on his attitude toward gun safety displayed in this video, likely keeps stored in his kitchen pantry next to his kids’ fruit snacks.

This video could make even the most conservative, doomsday hoarder, off the grid NRA member a little more open to stricter gun laws.