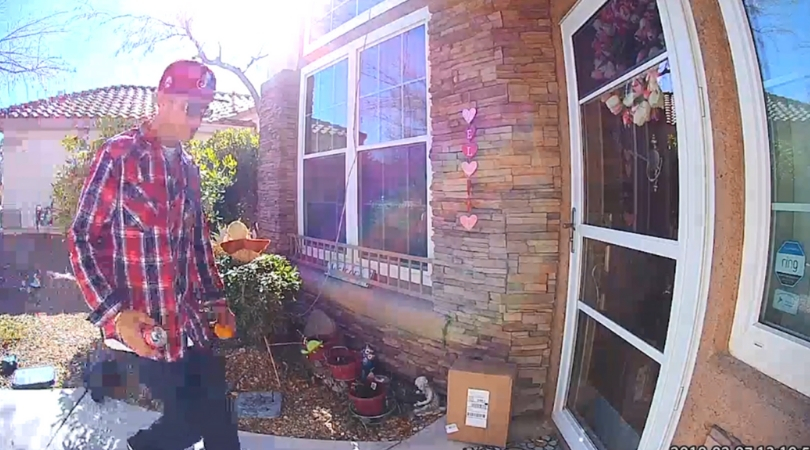 A Florida family who’d been falling victim to porch pirates stealing holiday packages from their front door while they were away decided to fight back using the most powerful ammunition they had in their home: baby poop.

Sharly Saleep of Tampa, Florida noticed that several of their family’s packages had gone missing and decided to do something about it. First, he got some surveillance equipment for his front door. Next, he boxed up some three-day-old poopy diapers his daughter Nora was gracious enough to contribute to the family’s anti-theft effort. He then disguised the box of dirty diapers as a package and left it on the porch to cook in the hot Florida sun.

As fate would have it, the package thieves came back and took off with the poo box. Hopefully, the thieves greedily opened the package in their car as soon as they rounded the corner and absolutely ruined the inside of their 2005 Toyota Corrolla.

Saleep proceeded to call the Tampa Police Department and report the theft of his baby’s feces (still technically his property, if you think about it).

As far as I’m concerned, sabotaging porch pirates should become a holiday sport. Every family should set up elaborate booby traps and ambushes for the lowlives who steal Christmas presents from other people. Maybe some classic ice on the porch, a la Home Alone? Or wait with a paintball gun in a hole in your front yard and pop out like a VietCong when they come to steal your stuff. If your property is big enough maybe adopt some dogs and release the hounds on the bastards?

Or if you have the funds hire a local MMA fighter to pop out of your bushes, dressed like Santa, and just absolutely wreck the bastards.