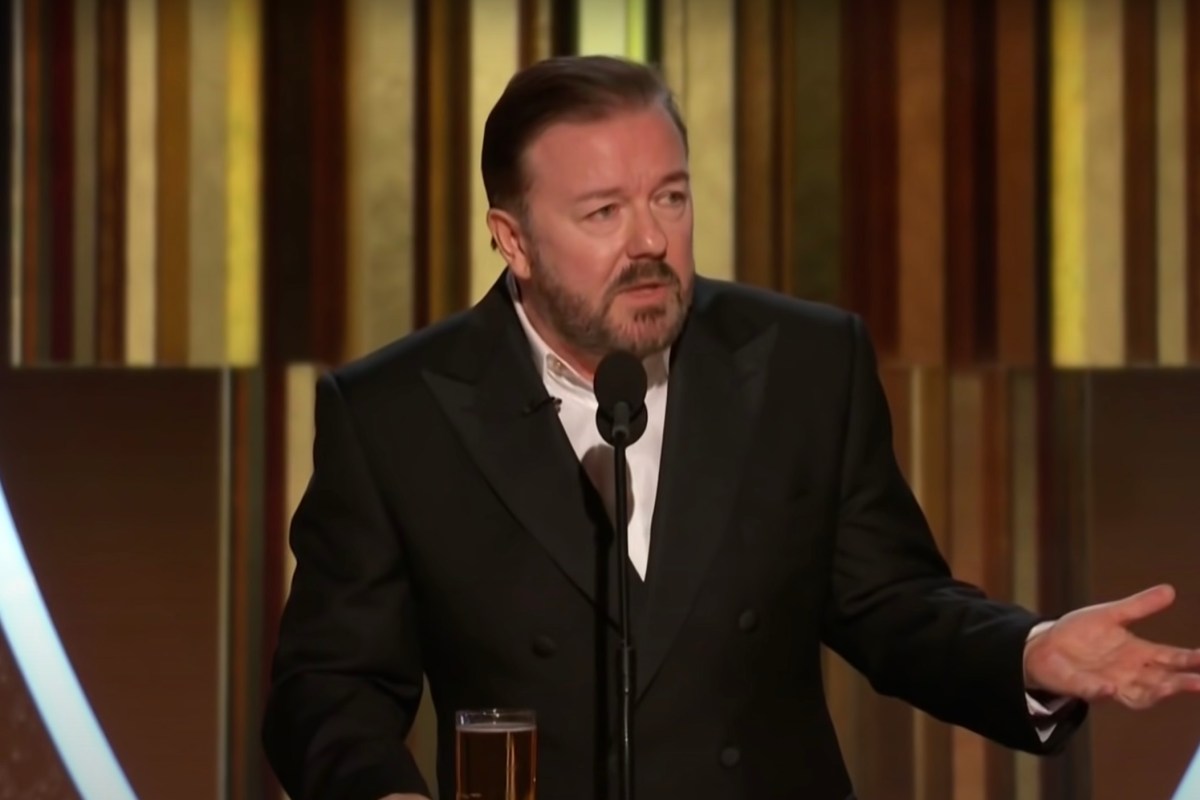 Ricky Gervais, the British comedian who created the original version of ‘The Office’ and is known for his scathing, anti-celebrity monologues at The Golden Globe Awards dug into self-important, out of touch political celebrities again the other day during a radio interview on BBC 5.

Gervais went off on everything from a slew of celebrities putting out an ill-advised cover of John Lennon’s Imagine on Twitter to the rich and famous generally complaining about having to quarantine in their mansions. The highlights of the interview are, as usual with Gervais, hilarious and fantastic.

“It was an awful rendition, but they might have been doing it for good reasons, to help these normal nobodies.

“But they’re going ‘My film’s coming up and I’m not on telly – I need to be in the public eye’, not all of them but some of them.

“You can see in their eye – ‘I could cry at the beauty of my personality, I’m just so beautiful for doing this’ and everyone sees that – we get it.”

“For a start, you won’t hear me complain – not when there’s nurses doing 14 hours shifts – and frontline workers carrying on and risking their health.

“I’m fine. Don’t worry about me…I go for walks on Hamstead heath, and we’ve got a garden.”

“There are people in high rise blocks with three kids – I can’t complain, this is why millionaires in their mansions with their gym and going for a swim can’t lecture people.

“People are sick of being lectured, multi-millionaires telling them to clean out their coffee jar and put it in the right bin – they know those celebs are taking private jets to their private islands. They are sick of it.”

Gervais was most previously both lauded and derided for his (accurate, correct, and hilarious) comments during his Golden Globes monologue, when he said, “If you do win an award tonight, don’t use it as a platform to make a political speech, right? You’re in no position to lecture the public, about anything. You know nothing about the real world. Most of you spent less time in school than Greta Thunberg. So if you win, right? Come up, accept your little award, thank your agent, and your God, and fuck off. Okay?”