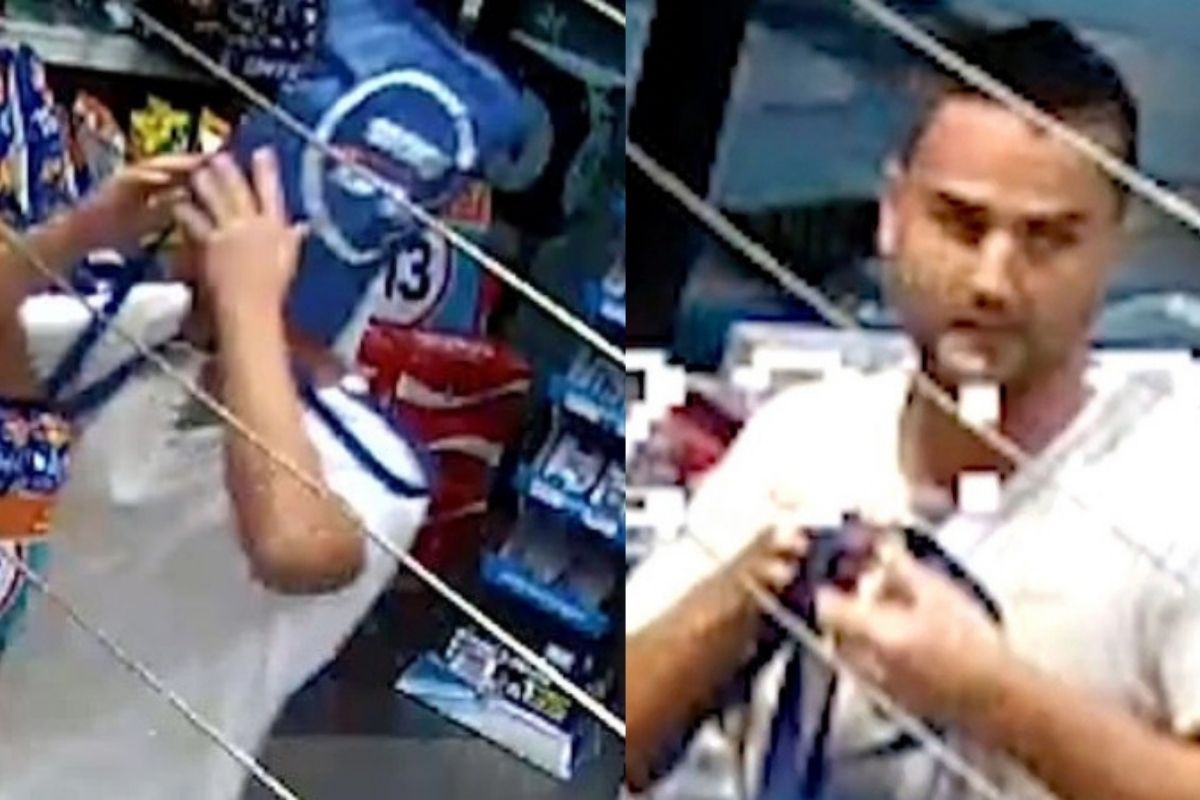 Look, if you’re going to rob any kind of store while wearing a shopping bag over your head as a “disguise”, the least you can do is punch some hole in it so you can see through it, or maybe bring a second bag to carry your stolen items so you don’t have to take it off. Well, unless you want to be like this dumb dumb who didn’t think his genius plan through.

Police in Australia is searching for a man who thought he was Danny Ocean or something and robbed a gas station while attempting to disguise himself by wearing a reusable blue shopping bag on his head. Queensland police said the man had threatened the shop clerk with a knife, demanding cash and cigarettes.

Authorities later released CCTV footage taken from the store, which shows the man entering the store while wearing the “eco-friendly” bag over his head. Which, I appreciate. I’m all for saving the environment here, so at least he’s smart in that area and not using a plastic bag. But, not so smart when it comes to committing crimes.

Why? Well, the man is seen holding the bag with one hand and pulls a knife from his pants before making his demands. The store clerk opens the cash drawer from the register and places the money on the counter. The man is then seen grabbing the cash himself, disappointed the second cash drawer is empty. The employee then grabs several packs of cigarettes as the thief removes the bag from his head, and puts the cigarette inside the bag before leaving. Yes, exposing his face to the world. Ah, nicotine does crazy things to you.

Thankfully no one was injured, but I mean, his face is clearly out there and someone is bound to know who this man is. Still, I have so many questions. Like, who wears a grocery bag to a robbery? Can’t you at least wear some pantyhose or something similar that covers your face a little bit more? Also, how bad is your nicotine addiction for you to expose yourself so stupidly? I don’t get people. Someone call crime stoppers, give this man some nicotine patches, and make him apologize to that poor store clerk.

Moral of the story, always be prepared with two friendly bags, just in case. Or you know, maybe just be a decent human being and don’t rob convenience stores. Just a thought.

Editors Note: This article was originally published on April 25, 2019.