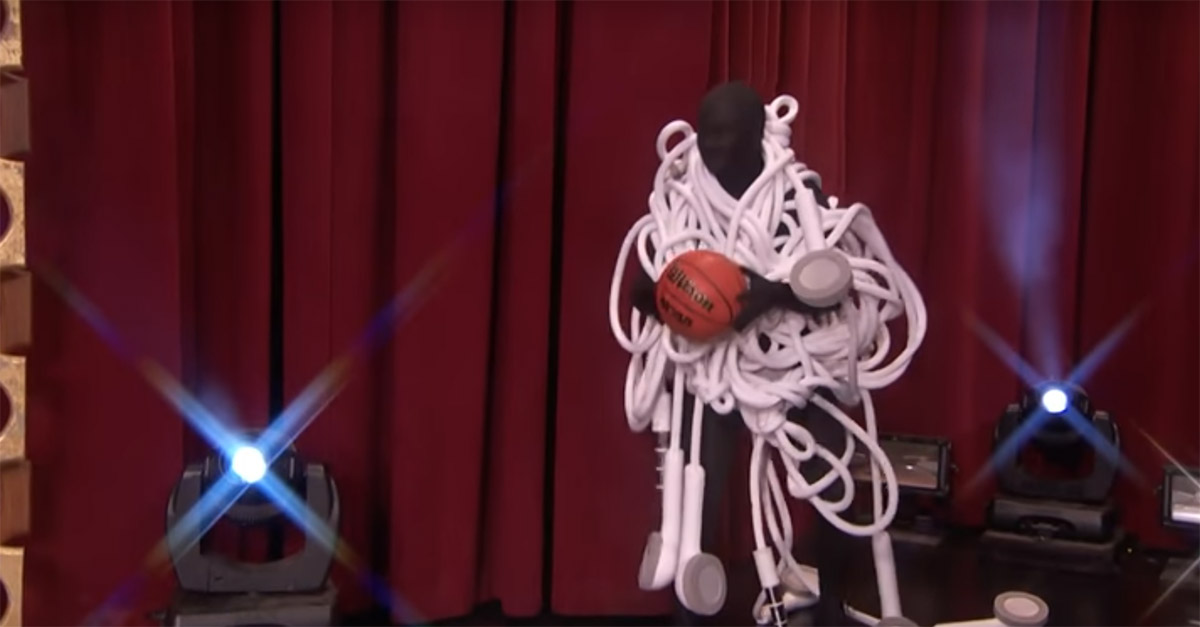 RELATED: This “Conan” sketch reveals the dark side of man’s best friend

This trend starts to break down at the college level, partially because there are so many different schools that many good names are already taken — not every team can be the pirates or the wolves. Colleges often turn to more niche mascots, with the Rhode Island School of Design’s Scrotie being a particularly notorious (and NSFW) example.

The crew at “Conan” came up with several ridiculous mascots and had them square off in a dunk competition. Given the complexity of such costumes as the Costco Free Sample Lady and the Crying Jordan Meme, most of the dunks were spectacular failures.