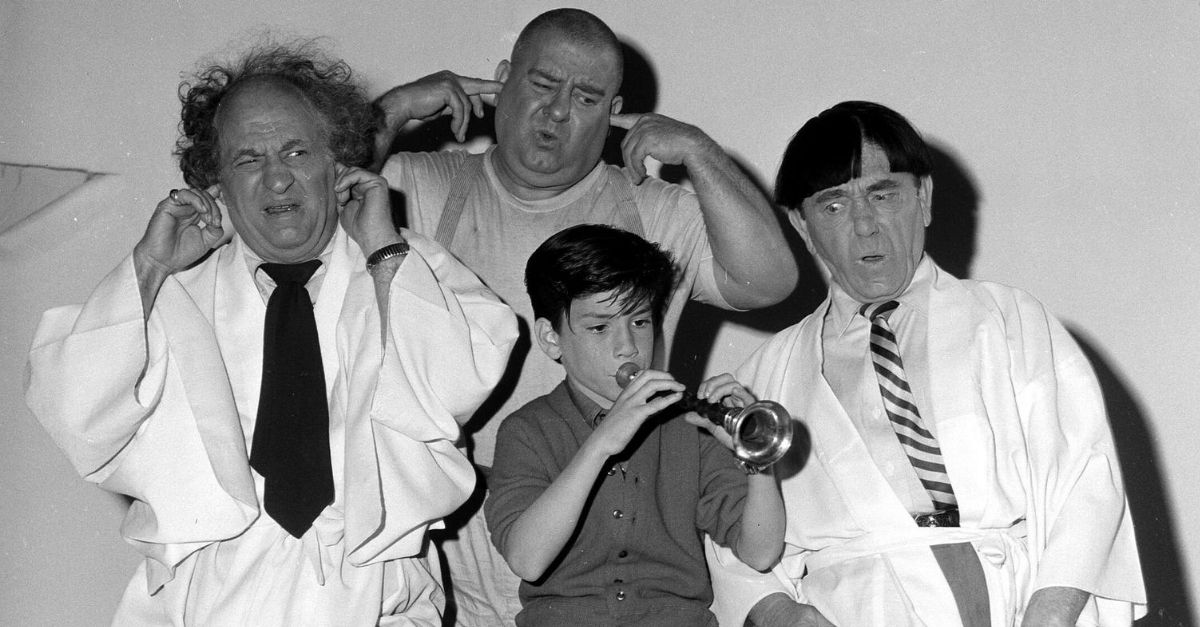 Who remembers the Three Stooges? Even though the classic comedy show came out long before I was even born, I still grew up watching the re-runs. It was my favorite show as a kid, because nothing beat Moe Howard, Larry Fine, and Curly Howard (we can’t forget about Shemp Howard of course!) running around like true idiots for probably some of the funniest moments in cinematic history. No one can deny that the Stooges were the pillars of some of the best slapstick comedy out there.

This tv show was completely comprised of funny moments. Each episode was just long enough to have a directional plot, but also was just short enough to keep the hilarity going on the entire time. With that being said, for our true Stooges fans, here are our eight favorite episodes that are worth your time, just 20-30 minutes of pure joy and innocent comedy that will brighten your day.

After being released from charges for stealing chicken, the Stooges idiotically attempt to catch fish from the aquarium tank at a pet store. A cop catches them in action and starts chasing them around, forcing the Stooges to pretend to be plumbers to avoid going back to jail. However, they happen to destroy an entire home’s plumbing system, disrupting the house’s company. The homeowner comes to see his destroyed home, and it’s hilariously revealed the he’s the judge who actually let them go free from the chicken stealing charges.

The police commissioner recruits the Stooges as police officers, and you can see how things go downhill from here. Their first case is to capture the “Ape Man,” a gorilla suit-wearing criminal who is disrupting the city. They catch the gorilla man in mid-act burglarizing a store, only to discover that the criminal is a real gorilla. They then discover the truth behind the gorilla, causing them to switch sides and get the gorilla back to where he belongs. However, the gorilla explodes after drinking a bottle of nitroglycerin.

The Stooges are running Cafe Casbah Bah, a Middle Eastern Restaurant, when they discover two of the customers, Hassan Ben Sober and Ginna Rumma, they’re serving are attempting to rob a priceless diamond from King Rootintootin’s tomb. When the thieves learn that the emir of Schmow already stole the diamond, they freak out and get kicked out of the restaurant. The Stooges then decide to try to steal the diamond back themselves, so that they could collect the $50,000 reward for it.

The Stooges are running a tailor shop this time, when the Skin and Flint Finance Corporation try to repossess it. To save the tailor shop, the Stooges try to catch a bank robber, Terry “Slippery Fingers” Hargan, to get the big reward to keep their business. Coincidentally, Hargan slips into their shop as an officer enters with a suit that has a safe combination in the pocket. Hargan’s girlfriend fails to get the combination, forcing Hargan to come back to the shop with dangerous backup and starting a fight. The Stooges didn’t get the reward, but luckily got the criminal’s money to pay their debt.

Shemp is caught at a cross-road when Moe tells him that his uncle died, leaving him an inheritance of $500,000 on one condition: he must be married within the next 48 hours to collect the money. Shemp isn’t ready to be married, but hits up his address book in unsuccessfully finding someone who’s willing. He also has to deal with one of his vocal students, a very tone-deaf Miss Dinkelmeyer, who is obsessed with him, as he does not want to be with her. The episode shows Moe, Larry, and Shemp going on a wildly dangerous and hilarious adventures to get him married within six hours.

The Stooges become bootleggers in order to brew beer since they can’t find any bars that sell any. However, in attempting to mix the ingredients, their brew explodes. Contrary to what the audience would assume, they actually become successful in making the beer, but Curly messes up in selling a bottle to a detective, putting the trio in jail. Hilariously, they try to escape a few times, but fail, keeping them in jail for almost half a century. Fast forward to their release, they walk out as senior citizens, only for Curly to say something stupid enough to land himself back in jail.

The Stooges are witnesses at murder trial, trying to help their friend Gail Tempest, who’s a dancer at the Black Bottom Cafe. She is accused to killing Kirk Robin, and the trial is hilarious since the boys have absolutely no court etiquette, causing a ruckus and making everything as complicated as usual. The Stooges are also musicians at the Black Bottom Cafe, in which in court, they break into a music number to describe what happened the night of the murder. Things hilariously spiral even more out of control, but lead to Moe reading the confession of the real murderer, Buck Wing.

In this popular episode, the Stooges parody tyrants from World War II in acting as dictators manipulated by gun manufacturers who want war instead of peace in the fictional country of Moronika. Moe’s character mimics Adolf Hitler, while Curly’s character represents Benito Mussolini, and Larry’s character taking after Joseph Goebbels. This hilarious Three Stooges short shows the boys failing to even act like tyrants as Mattie Herring, inspired by World War I spy Mata Hari, visits them, escaping after they failed to execute her on suspicions of her being a spy. She then brings back rebels who take over the palace, chasing the Stooges into a lion’s den, where the audience hears them being chased and eaten.

Watch: ?Forrest Gump? Is Returning to Theaters For Its 25th Anniversary!