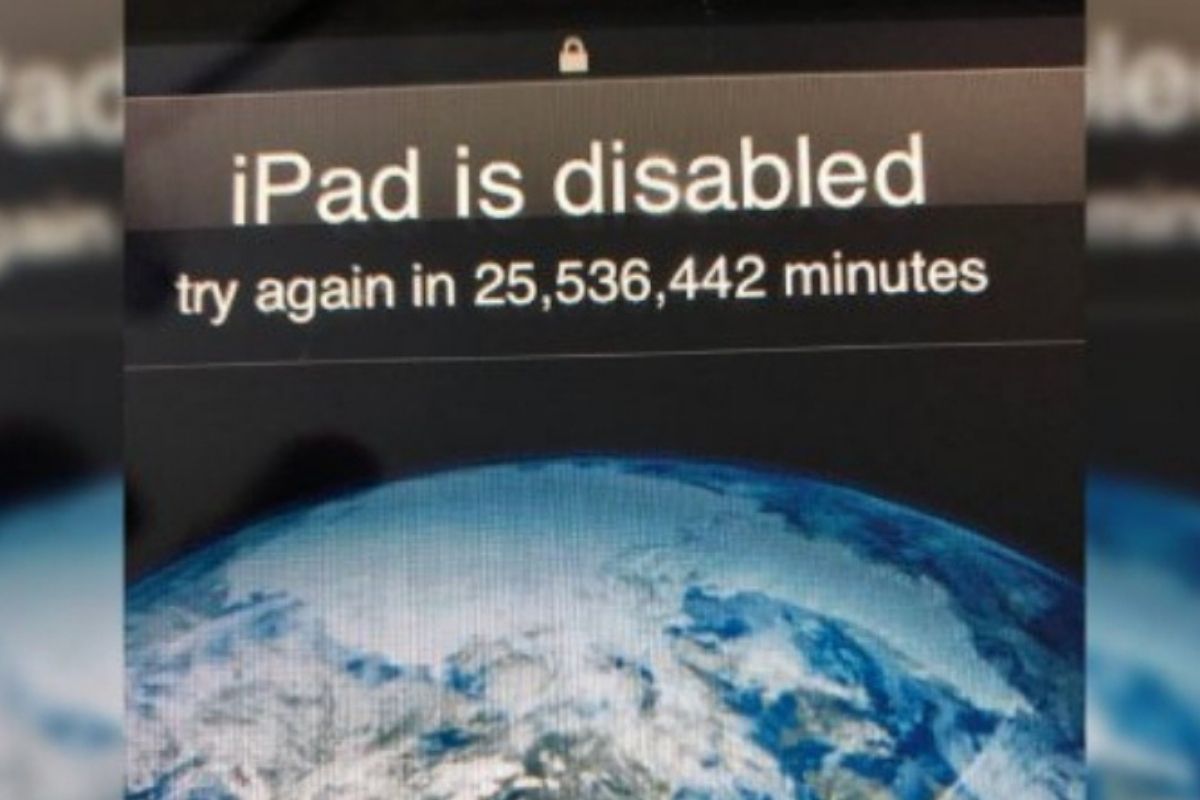 A dad definitely learned the hard way to not let his 3-year-old play with his iPad, after his son tried and absolutely failed to unlock the smart device so many times, that he ended up disabling it for over 25 million minutes! How much that in years? Oh, no biggie, just 49 YEARS! Yes, see you in 2068, iPad.

This poor toddler probably didn’t even know what was going on as that iPad shook from all the wrong passwords he was putting. Evan Osnos, who is a staff writer for The New Yorker, shared a screenshot of his iPad through his Twitter, where the lock screen reads “iPad is disabled”, followed by “try again in 25,536,442 minutes.”

This is pure pure innocent heartfelt gold. This little nugget is my new hero and is the pranksters of all pranksters without even knowing it. The three-year-old probably just wanted to watch some Peppa Pig on Netflix. But of course, safe to say Osnos received a lot of help from social media users, offering to help him fix the iPad.

Some suggested just connecting the iPad to iTunes and do a factory test, while others suggested taking it to the nearest Apple store. Which, according to Apple, there is an easy fix to the problem, but it would require you to delete all your data.

It’s Going to be a Long Wait, Buddy!

Do you still have the receipt for your 3 year old?

In all honesty, that probably what I would do. Send it to the Apple store and let them deal with the 25 Million minutes because no one has time for that! Delete everything, just give me my iPad back!

I just hope the dad learned his lesson. Either leave your iPad (iPhone, Mac, or any Ios device for that matter) unlocked, or high on the shelf so the kid won’t grab it. Children and technology these days scare me. I hope dad didn’t have anything important on there, because it’ll have to wait a few decades. Will iPad’s even be around in 2068? At the pace we’re going, I highly doubt it.

This article was originally published on April 9, 2019.