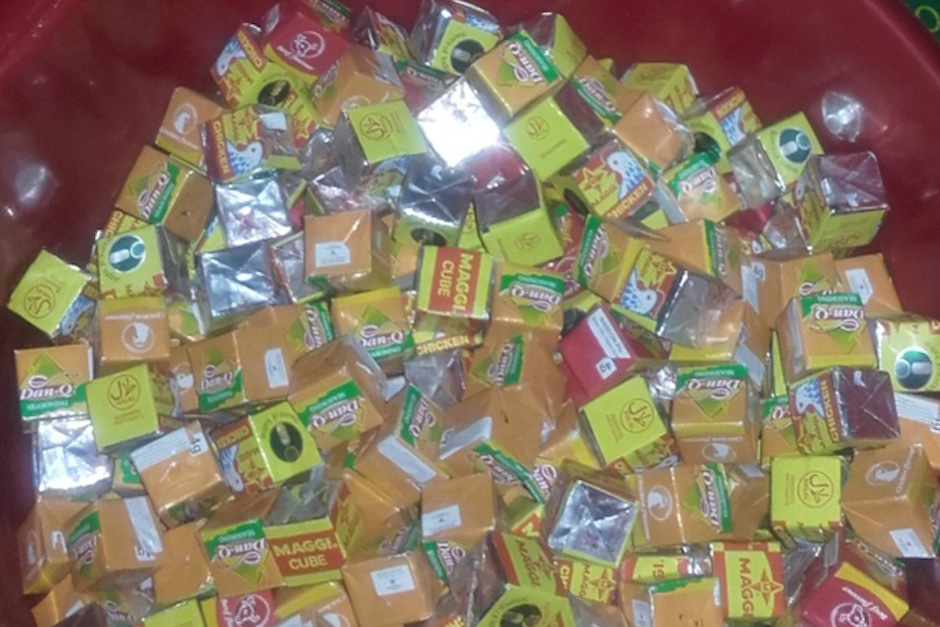 It’s that time of year again when costumed trick-or-treating kids everywhere will be roaming neighborhoods seeking to fill bags, plastic pumpkins, and pillowcases with Halloween candy. But some kids apparently won’t be getting quite the treat they hoped for.

This Woman’s Halloween Candy Prank is A+ Work

Ready for the Trick or Treaters. pic.twitter.com/HGA3XbKbvK

At least one homeowner is preparing to trick rather than treat any visitors that ring her doorbell come Oct. 31. Charlie Brown once “got a rock” on Halloween and right now that seems like an upgrade when compared to cubes of chicken stock.

This prank puts the ABC talk show Jimmy Kimmel Live’s “I Told My Kids I Ate All Their Halloween Candy” bit — an admittedly hilarious prank — to shame. The only problem is there’s no montage video of little girls and boys biting into these salty cubes of seasoning. We need a prank video for this to see the kids’ reactions as they bite into the worst Halloween candy on Earth. Maybe next year?

The response on social media was frenzied as one tweet ended up turning into a Twitter Moment. Some said @jessy_onono was “doing the lords work” for teaching kids the importance of seasoning food.

Again, this puts Jimmy Kimmel’s annual Halloween candy prank to shame, and that’s a good prank. We really should be disguising more gross things as candy just to troll kids. (Safe gross things, that is. Please don’t put razorblades in apples or make meth look like hard candy, you psychopaths.)

This seems likely considering Millennials and Gen Z pretty much spend all day trolling their friends online and via text. Now if you’ll excuse us we have to head out to the store to buy a bunch of beef bouillon cubes.