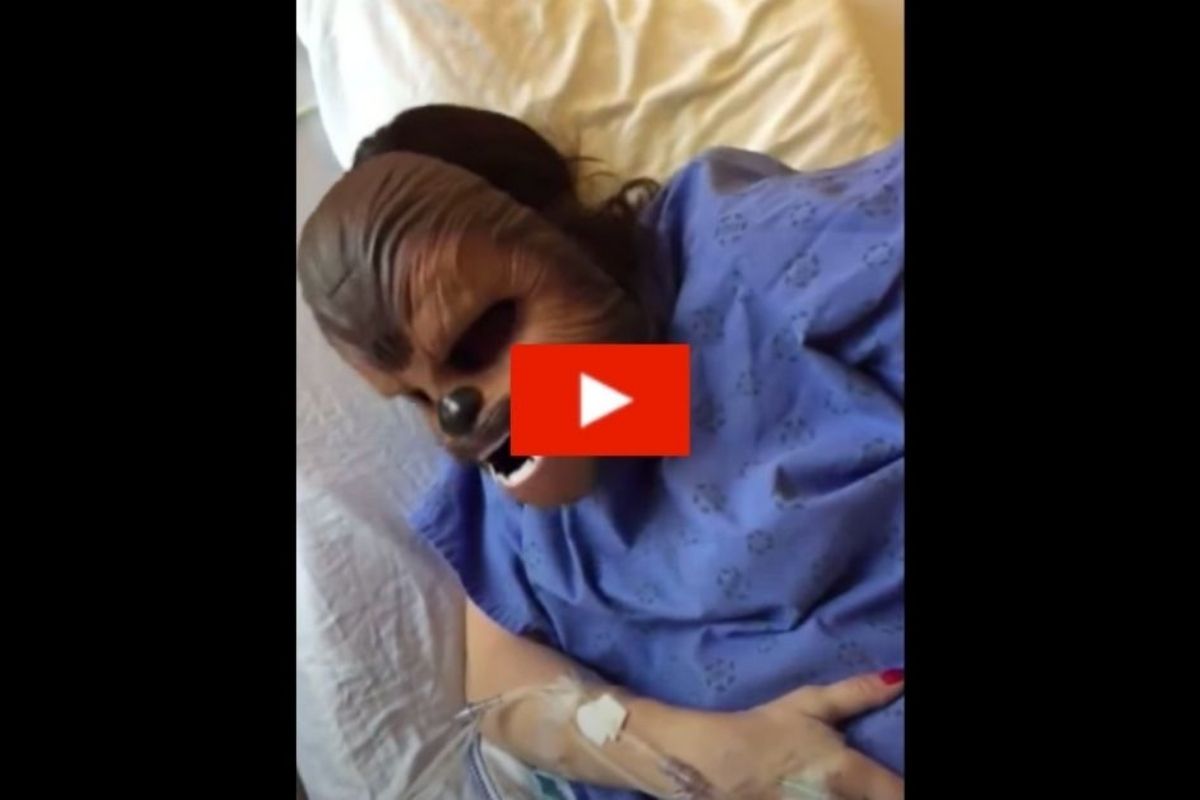 It’s May the Fourth! Time for some hilarious Star Wars content. Just about any Chewbacca mask video is great… but nothing could eve this Michigan mom who gave birth in the ridiculous, themed mask. It even grunts wookiee sounds every time the wearer make noise in it. No wonder, this video went viral on social media.

Here’s what happened: Katie Stricker Curtis lost a bet, which for someone was pregnant, might seem alarming. But this new Chewbacca mom is honestly goals, and I hope my future family is this fun. Her consequences for losing the bet meant that she had to wear the Chewbacca mask while giving birth. Which also meant that if she was ever screaming during labor, the screams would come out as Chewbacca screams.

In a hilarious video, which I’m assuming was shot by her husband, Katie is seen screaming through the mask. But the only sounds that are coming out are Chewbacca sounds. Katie said that the mask helped “ease the pain of labor and have a good laugh as her son, Jayden, entered the world.” Well, I’m glad she looked at it that way. I wish I could say confidently that in the heat of the moment of pushing another human being out, I would have a good laugh too. Katie, you’re super cool for keeping your cool.

I’m not going to lie, I probably would have probably started yelling obscenities at my husband or ripped the Chewbacca mask off, especially if it was my first time giving birth. Katie got the original idea when she saw the trending story about the original Chewbacca mom, Candace Payne, from Texas in a viral video she took of herself laughing in a parking lot while wearing the face mask. The original Chewbacca video is absolutely hilarious, but again, if I was wearing a Chewbacca mask during labor, I think I might not be as light-hearted about it. Are there curse words in wookie language?

Laughing Hysterically in a Wookie Mask

Watch: Did You Know Dr. Seuss Wrote Green Eggs and Ham on a Bet?