As June approaches, brides and grooms across the U.S. are finalizing their wedding day plans, and among those details is the matrimonial music. Most couples frame their entire day with music, including songs for the processional, the recessional, the mother’s entrance, candle lighting and prayers. Then, the reception has its own soundtrack for cutting the cake, garter and bouquet tossing, father-daughter and mother-son dances and, of course, the bride and groom’s first swing around the dance floor as Mr. and Mrs.

In this special edition of Rare Country’s 5, host Erin Holt spotlights some of our favorite tunes to mark this magical day and launch a bride and groom’s happily ever after.

RELATED: Shania Twain joins forces with a pop star for this flirty performance

Shania Twain may be known more for upbeat dance songs, but in 1998, it was her ballad “Still the One” that became synonymous with bridal bliss. It was once upon a time and happily ever after when Darius Rucker delivered a sweet melodic fairy tale complete with a storybook ending in “True Believers,” and when Kenny Chesney professed his endless love in the 1996 smash “Me and You,” hearts melted.

Speaking of melting, Hunter Hayes turned us to goop with his steamy 2012 chart-topper, “Wanted,” and Blake Shelton’s 2011 ode to love, “God Gave Me You,” raised the bar on romance with its almost mystical lyric.

RELATED: Blake Shelton puts a broken heart on full display in this “The Voice” performance

These songs make you want to be in love, don’t they? Country music is just that way. Special thanks to Erin Holt for bringing us another fun Rare Country’s 5. She’ll be back later in the week for our Top 5 stories in and around country music.

And if you’re saying “I do” this year, be sure to share your wedding song with us in the comments! 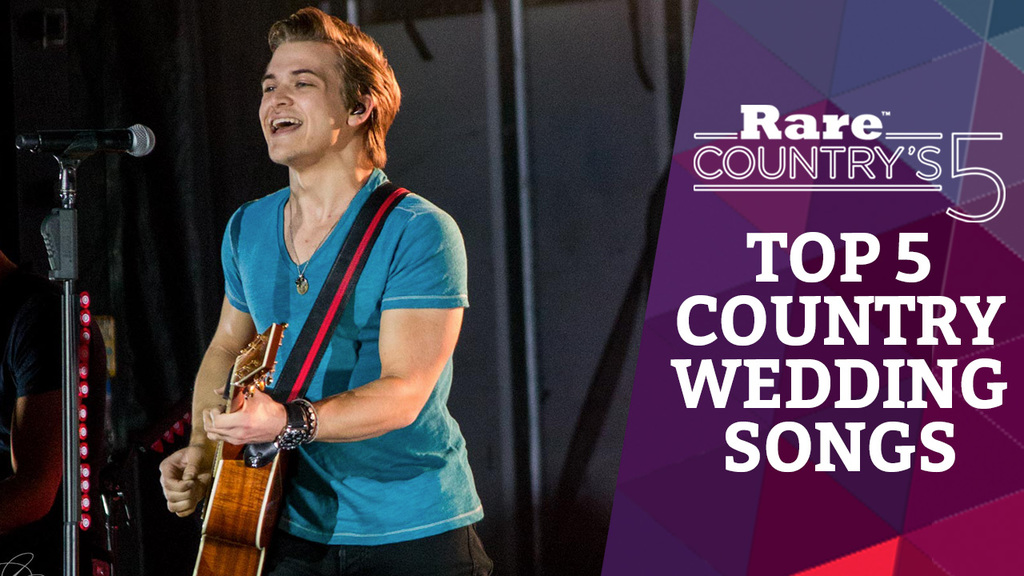