The seventh-grade student who walked into his Ohio middle school on Tuesday and shot himself in the bathroom has died from his injuries, authorities announced the next day.

13-year-old Keith Simons passed away at 12:31 p.m. on Wednesday, according to an official with the Summit County Medical Examiner’s Office.

The teen was discovered in a restroom at Jackson Memorial Middle School on Tuesday morning before classes started suffering from a gunshot wound. Jackson Township police Chief Mark Brink later revealed that the student had a .22 caliber long gun, and his officers were investigating whether or not the gunshot was self-inflicted or accidental. Additionally, police are still trying to figure out how Simons got his hands on the weapon and brought it to school.

RELATED: A 7th grade Ohio student walked into school this morning and shot himself

While clearing the scene, police also found a backpack with “distractionary type devices” inside of it that would not have harmed anyone.

“It is not a bomb, I can tell you that; (it’s) something you could distract people with for whatever reason,” Brink said during the news conference.

No other people were hurt in the shooting, and classes resumed at the school on Wednesday after being canceled on Tuesday. Worried parents rushed to the school after hearing it was on lockdown, and worried mom recalled what the scary ordeal was like.

“I received a phone call from the superintendent that the middle school and high school was on lockdown and all the elementary schools would be closed. I just pulled in waiting to hear further information,” Gina Larkins said. “I just want to get my daughter and hug her and hold her. I thought it would never happen here but obviously, that is not the case.”

Parents waiting to reunite with their kids. @wews pic.twitter.com/9MFR9QmJjm

RELATED: A 7th grade Ohio student walked into school this morning and shot himself 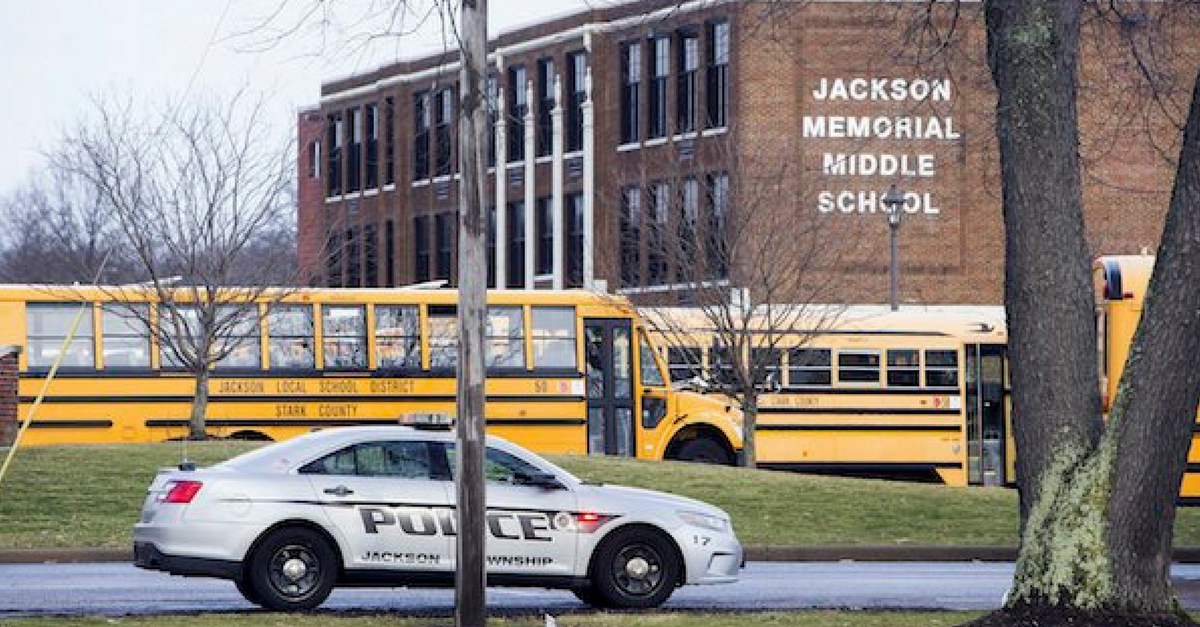