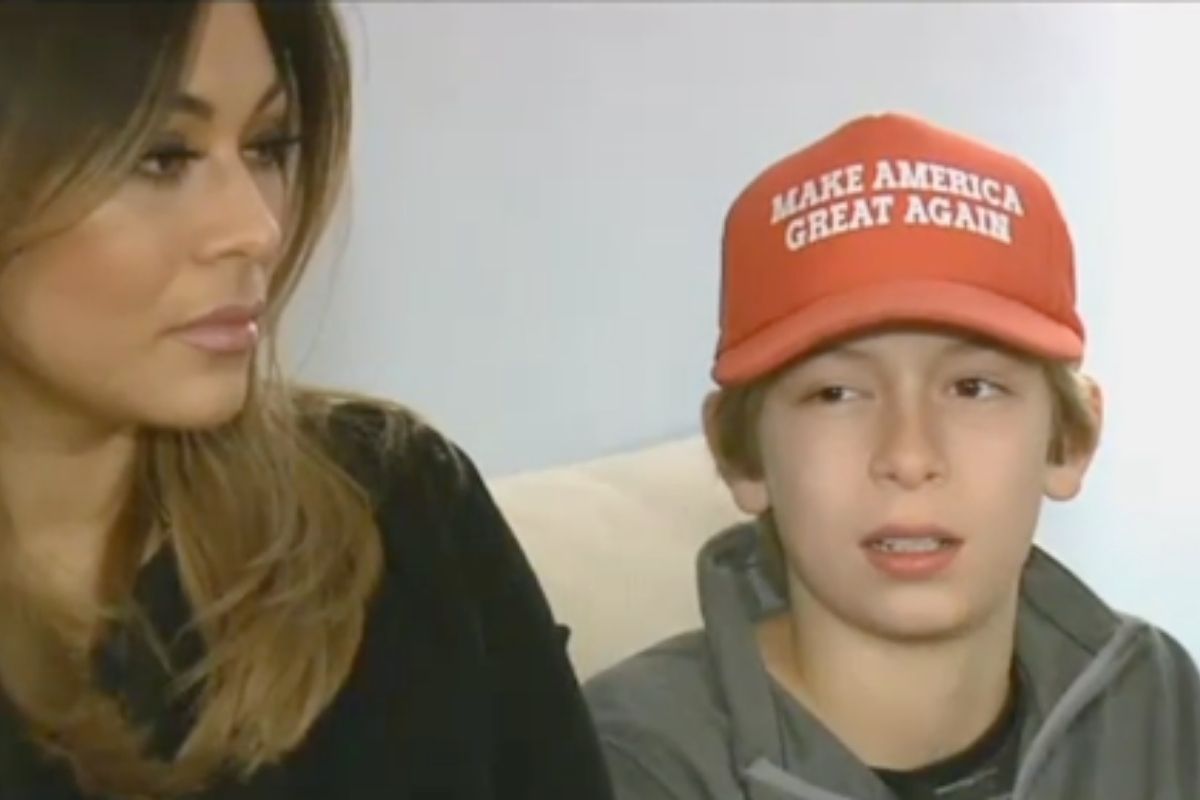 via KMOV
via KMOV

A Missouri middle school student, a sixth grader at the time, had worn a red ‘Make America Great Again’ hat on the school bus back in 2017, as a symbol of support for President Donald Trump.

The at the time 12-year-old boy’s ride to school was interrupted by some other students on the bus who began to beat him up and verbally accost him over President Trump’s proposed border wall. Someone shouting “You want to build a wall? You want to build a fucking wall?” can be heard in the background of a cellphone video of the incident.

Watch what happens to the young Trump supporter wearing a MAGA hat:

The little boy recalled the incident, “At one point, he just got so frustrated, he pushed me. And then he kept hitting me and backing me up by the window of the bus, and so I just had to push him out.”

But the hurt didn’t end over the MAGA hat. According to KMOV, the young boy was suspended by his school following the altercation. “As a parent, it?s so unsettling,” said the boy’s mother, Christina Cortina. “I feel like my son was made an example of. It was a tricky situation ? it was politically charged.”

A spokesperson for the Parkway School District has since revealed that some of the students on the bus are also facing consequences. The school district also issued a statement, detailing what happened surrounding the Trump hat and the issue of the video surfacing on social media.

One of the biggest issues here is that although you might believe someone is severely wrong for what they believe in, that gives you no right to harm them. You are no better than the people that are hurting you, if you give yourself the authority to judge on what’s right and wrong. Pro-Trump or not, hurting others purposely apart from self-defense is technically a hate crime too. If the United States can be a refuge for others around the world, than we must be kind to those within it as well.

Editor’s note: This article was originally published on February 6, 2017.