Election Commissioner Gets Into Fight With Opponent’s Supporter 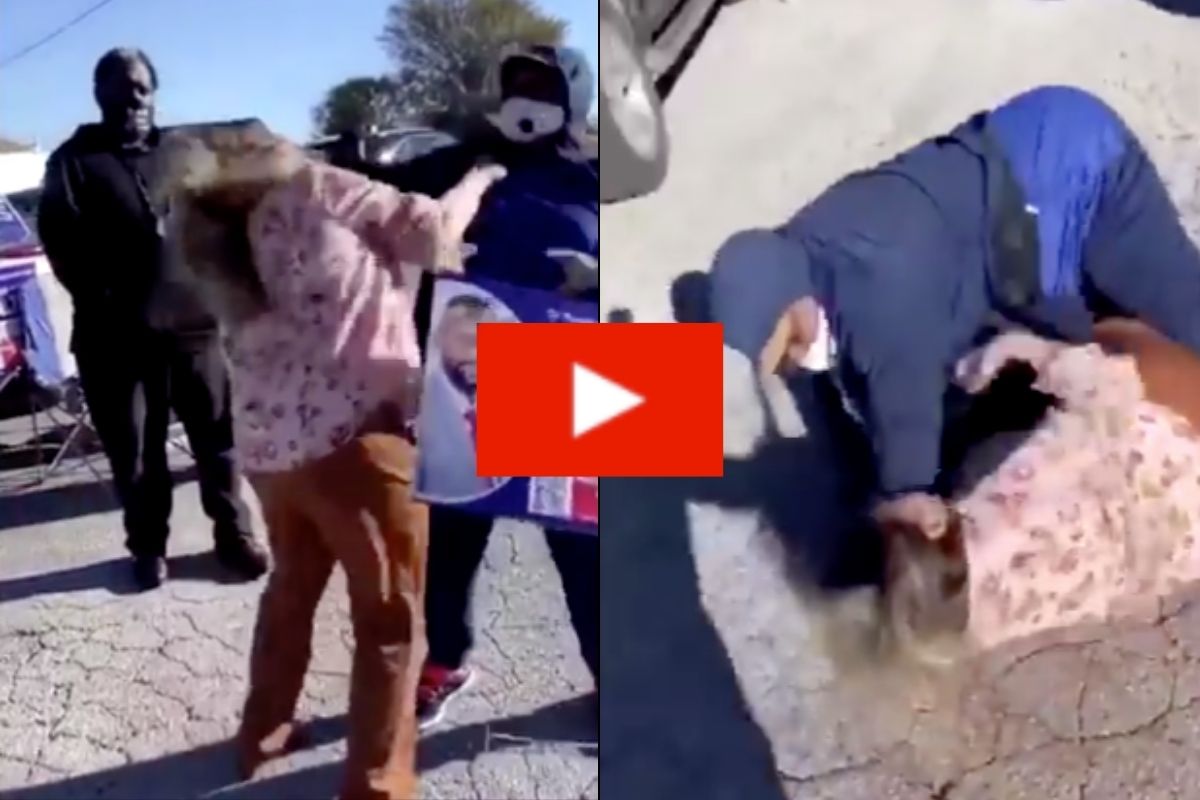 It looks like this Mississippi election commissioner has a bit of a habit of getting into fights. Marshall County District 1 Election Commissioner Sheri McClatchy, who is currently fighting to keep her seat on the commission, was ordered to appear in court soon, for yet another fight that she was a part of.

McClatchy was actually caught on video getting into a physical altercation the first time back in June 2019. She was arguing with a female customer at the Holly Springs laundromat where she worked because she told the customer not to overload the washing machines. Although she, as the laundromat employee, was never charged for the incident, she interviewed with WREG-TV about what had happened.

Sheri McClatchy Gets Into Fight With Laundromat Customer in Mississippi

Fast forward a year and a half later, another video of the incumbent election commissioner getting into a fight has surfaced. Pearlie Howell, McClatchy’s contender for this year, was campaigning for McClatchy’s opponent, Jamarr “Jack” Walton, when the two women started to argue at a polling precinct in Holly Springs. The argument escalated, turning into the women exchanging hits and wrestling each other to the ground.

Karen wasn’t expecting that two piece and a biscuit 🥊😭😂 pic.twitter.com/TnJIntnzDK

According to Holly Springs Police Chief Darryl Bowens, McClatchy had said that she was trying to get campaign signs out of her car, when people starting shouting at her to get out. Howell had told law enforcement that McClatchy parked her car in the parking lot of a funeral home and was blocking the driveway. The women argued which led to a fistfight, eventually broken up by the person videoing. Both women accused each other of putting their hands on each other’s faces and both are filing charges against each other.

Rob Shabazz, a Holly Springs rap artist, who was campaigning for McClatchy when the fight broke out, told the Clarion-ledger, “I was surprised about the whole incident. I don’t understand why all that happened. [McClatchy] was just asking the woman a question.”

The brawl is just another example of how tense things are in the United States surrounding Election Day. Not to mention that people, protesting and campaigning publicly in their masks, are still on edge with the coronavirus pandemic still at bay. Nevertheless, as we await the election results of who is going to be in the White House next, the presidential race will continue in its intensity.