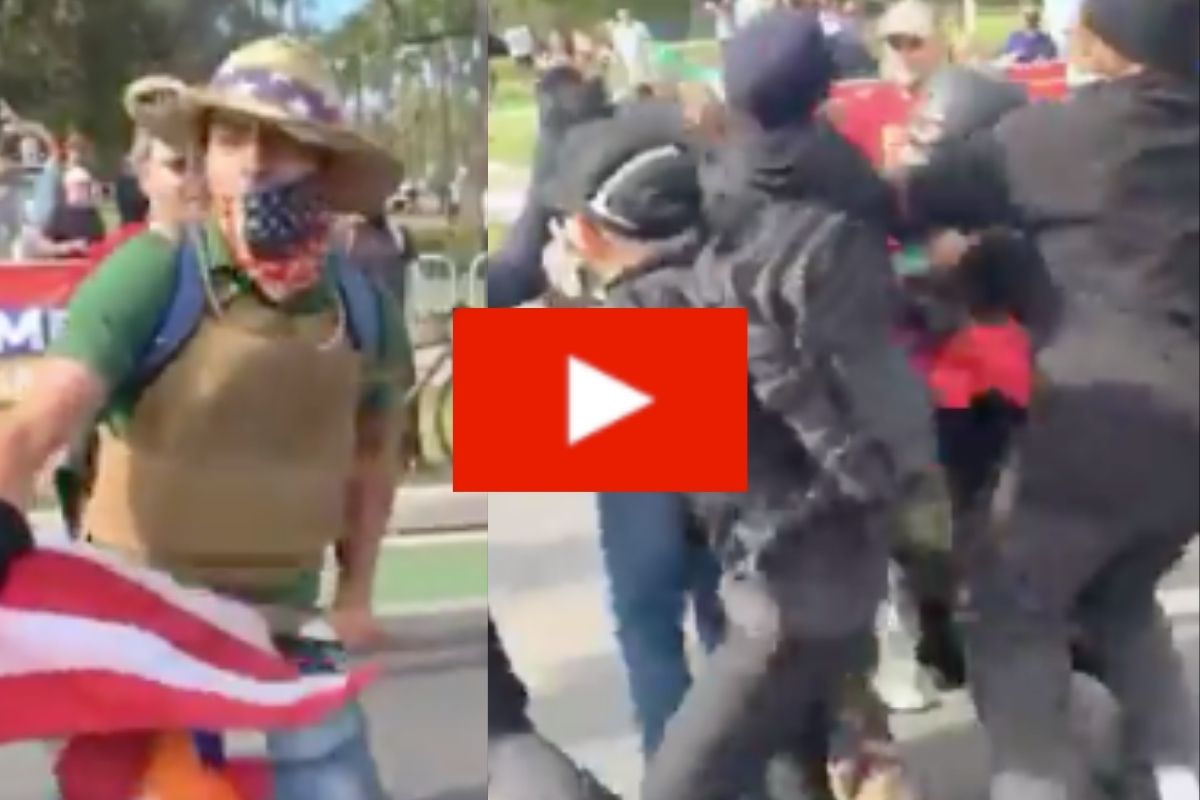 As Election Day approaches, tensions all over the United States have increased exponentially, causing many to get into physical fights with each other at political rallies. A pro-Trump rally held in Beverly Hills, just 30 minutes outside of Los Angeles, California, was declared an unlawful assembly by police after fights broke out between those supporting President Donald Trump and Black Lives Matter protesters.

The Beverly Gardens Park has seen weekly gatherings and weekly political rallies for pro-Trump supporters and pro-Trump forces, but have also seen the occasional challenges by counter-protesters and BLM protester rival groups. On the day before Election Day, the scale was tipped over as a fight broke out between the groups. According to Beverly Hills police Lt. Max Subin, to NBC Los Angeles, “Approximately 40 protesters did assemble at Roxbury Park and then marched to the USA Freedom Rally. The protester from Roxbury Park got into a violent fight with a pro-Trump protester. It was at the point that an unlawful assembly was declared by the Incident Commander and the Roxbury Park protesters did leave and march back to Roxbury Park.”

Although there were no arrests made, due to the heightened atmosphere surrounding the election, the Beverly Hills Police Department, along with many other local police departments and retailers around the country, are expecting to close down certain streets to prevent looting and vandalism caused by the presidential election results. In Beverly Hills, this includes closures of the famed Rodeo Drive shopping area and of the areas between North Bedford Drive and North Crescent Drive on both North Santa Monica Boulevard and South Santa Monica Boulevard.

Cops beating people, the lonely chud from earlier found his fight. Cops pull him away and he tells them "I'm doing your job for you" pic.twitter.com/3UfwnChF9H

Regardless if President Donald Trump or former Vice President Joe Biden wins the election, it’s imperative to make sure you stay safe. Not only can it be dangerous while protesting, but the coronavirus pandemic is still very real, and no one is truly safe from spreading and becoming infected by COVID-19. Today’s confrontations may only be a sneak peak into what could happen next.