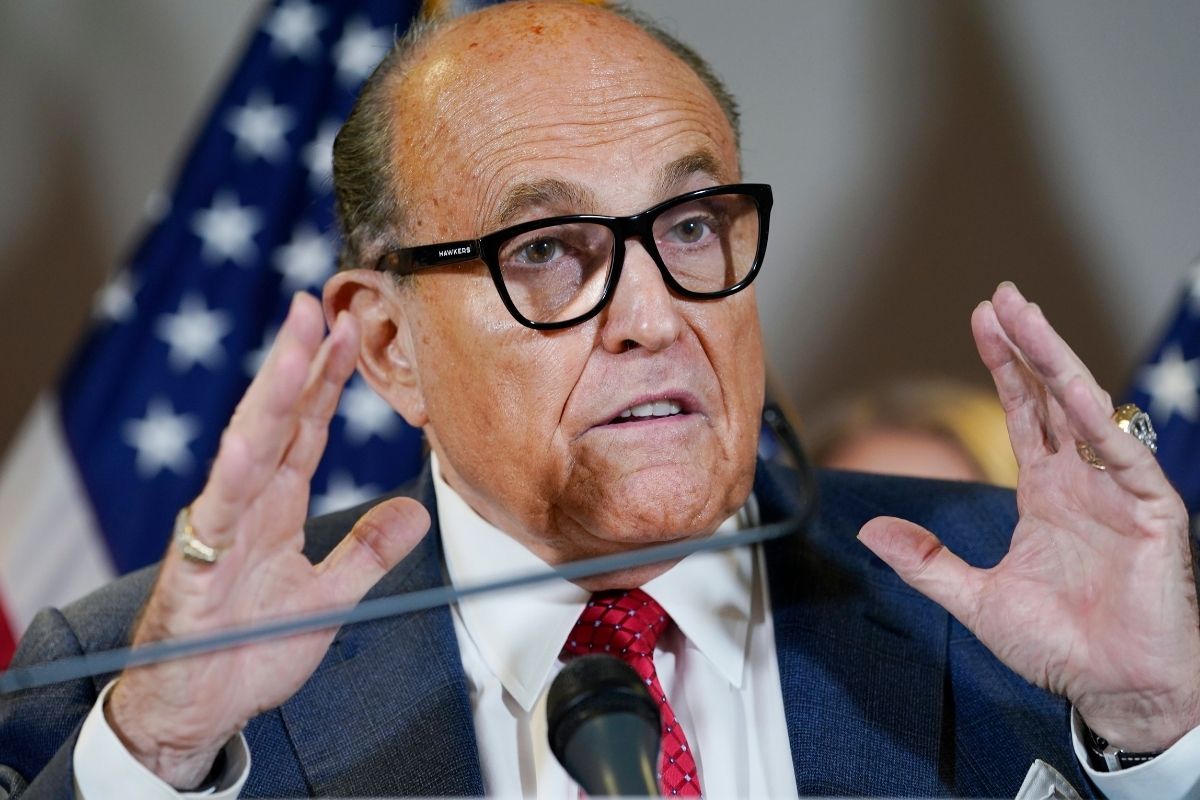 Rudy’s been raided! Yesterday FBI agents conducted a search on former New York mayor Rudy Giuliani‘s home and office in Manhattan. The federal investigators issue a search warrant at 6 a.m. and though Giuliani has not been charged, the move signifies the bureau is increasing its criminal investigation into former president Donald Trump’s notorious attorney. Now Trump has responded on Fox News.

Feds raided both Rudy Giuliani’s apartment and office, retrieving electronic devices from both NYC locations: cellphones and computers. Giuliani’s son Andrew Giuliani first appeared before the press to defend his father. Then, in a statement about the raid, Giuliani called the search a ?corrupt double standard? by Justice Department which he says ignores ?blatant crimes? by Democrats like President Joe Biden. Giuliani?s lawyer, Robert Costello added: ?What they did today was legal thuggery.?

As The New York Times pointed out, prior to becoming mayor of New York City, Giuliani was a Republican prosector for the same U.S. attorney?s office that’s now investigating him. In that position, he had a reputation for going hard after “corrupt politicians.” So this recent FBI raid rings with a certain sort of American irony.

Why Is Giuliani Under Investigation?

As a close associate of Donald Trump, Rudy Giuliani has been under investigation for shady business dealings in Ukraine during the election cycle of 2019 and 2020. CNN reports that federal agents are trying to determine whether Giuliani was lobbying illegally on behalf that country. Ukrainian officials. For example, Giuliani pressured Trump to fire the career diplomat Marie “Masha” Yovanovitch who was openly critical of the Trump administration. Doing so to honor the wishes of Ukrainian officials would have violated serious laws regarding the influence of foreign agents.

Additionally, law enforcement is looking into Giuliani’s collaboration with Ukrainians last year to unearth dirt on the Democratic candidate’s son, Hunter Biden. In 2014, Hunter Biden had joined the board of Burisma Holdings, the largest private oil and gas extracting company in Ukraine.

Giuliani also received a $500,000 payment from Ukrainian businessmen Lev Parnas and Igor Fruman. Both men were indicted in 2019 during Trump’s first impeachment — over soliciting Russian interference in the 2016 election — for illegally funneling foreign capital into pro-Trump groups in America. Since then, Parnas has implicated both Trump and Giuliani in various schemes.

As Donald Trump’s personal lawyer, Giuliani has traded his previous reputation — as the self-appointed “America’s Mayor” — in favor of brazen backroom Ukrainian quid pro quo. But it seems, for now at least, that he remains supported by the former GOP president. In an interview with Fox Business, Trump said:

“Rudy Giuliani is a great patriot. He does these things. He just loves his country. And they raid his apartment. It’s so unfair. It’s a double standard that I don’t think anyone’s seen before. It’s unfair.”

Trump’s message echoes Giuliani’s directly with the distracting term: “double standard.” Now most commentators and critics alike are wondering whether Trump’s words, rather than signifying loyalty, are a blueprint for his own defense… as he wonders whether or not he’s the next FBI target.

At Least Borat Still Supports Him