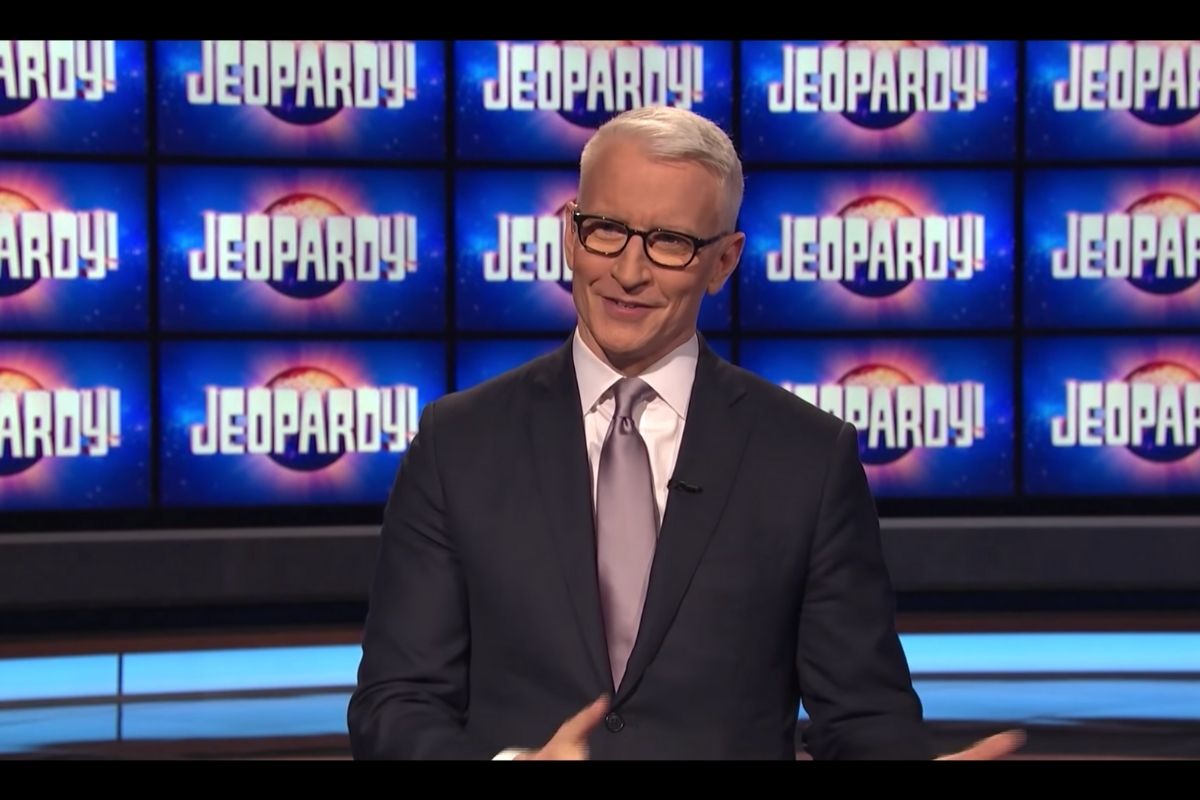 The late Alex Trebek is not so easily replaced. During his 37-year-run hosting Jeopardy!, Trebek brought grace, authority, and understated humor to the unique job. The controversy surrounding Dr. Oz?s two-week guest-hosting stint proved just how much-devoted fans expect from the next replacement. Beloved CNN anchor Anderson Cooper had his own turn as guest host which concluded on April 30. So how did he do?

Stats reported by The Wrap show Anderson Cooper’s stint guest-hosting Jeopardy! was not a huge success. During Cooper’s first week as host, ratings fell 7% to a 5.1 rating: the lowest of any of the guest hosts so far. Those rating seem particularly abysmal considering Cooper took over from fan-favorite host Aaron Rodgers who boasted a 5.6 rating during his own first week.

The Death of Alex Trebek

When host Alex Trebek passed away from pancreatic cancer in November of last year, the world mourned his loss. I know I spent countless nights with my college roommates, competitively watching the syndicated rounds: a memory (and effective drinking game) that?s now become even dearer to me. But amidst the touching tributes, a new conversation arose. Who might step up to host Jeopardy?

Additionally, these pandemic-era episodes have doubled as an opportunity to raise money for charity. Jeopardy! has been matching the cumulative winnings of all contestants and donating that sum to the charity of the guest host?s choice. The result has been a colorful and spirited season, with every two weeks offering a fresh mood for the classic game show. And now, Cooper has begun to leave his own mark on the evolving program. His own chosen charities are The Albert Schweitzer Hospital, which provides medical care to underserved regions, and Justice Defenders, a nonprofit that facilitates legal processes for prisoners.

Anderson Cooper competed on Celebrity Jeopardy! as a contestant four times — and won twice. That’s no surprise considering the familiar face is extremely well-educated. As the son of Gloria Vanderbilt, Cooper grew up in Manhattan attending Dalton for high school and eventually, Yale University where he majored in political science. A career in journalism was the natural next step.

Cooper began his commentating on CNN in 2001 and soon became the host of his own show, Anderson Cooper 360. Later Cooper began hosting New Year’s Eve live from New York City and once his buddy Andy Cohen joined him as co-host, Cooper really showed the public his fun (and drunken) side. Speaking to David Hirschman in 2004, Cooper said:

That characterization applies not only to Cooper’s personal reporting style but also (I think) to the legacy of Alex Trebek. Despite low viewership, do you think Cooper live up to that relatable standard?

Anderson Cooper handled his first episode of Jeopardy! like a pro. He was, predictably, comfortable on camera making easy chit-chat with the excited contestants. Of hosting Jeopardy! (even temporarily) Cooper called it “a dream come true.” Cooper shared:

?I?m just hoping not to really mess it up. It?s such a great show and I?m such a fan, and there?s so many levels to it and I want it to be a really good experience for the players… I want to do the best job possible for them.?