Robert De Niro Was Once a Real Taxi Driver 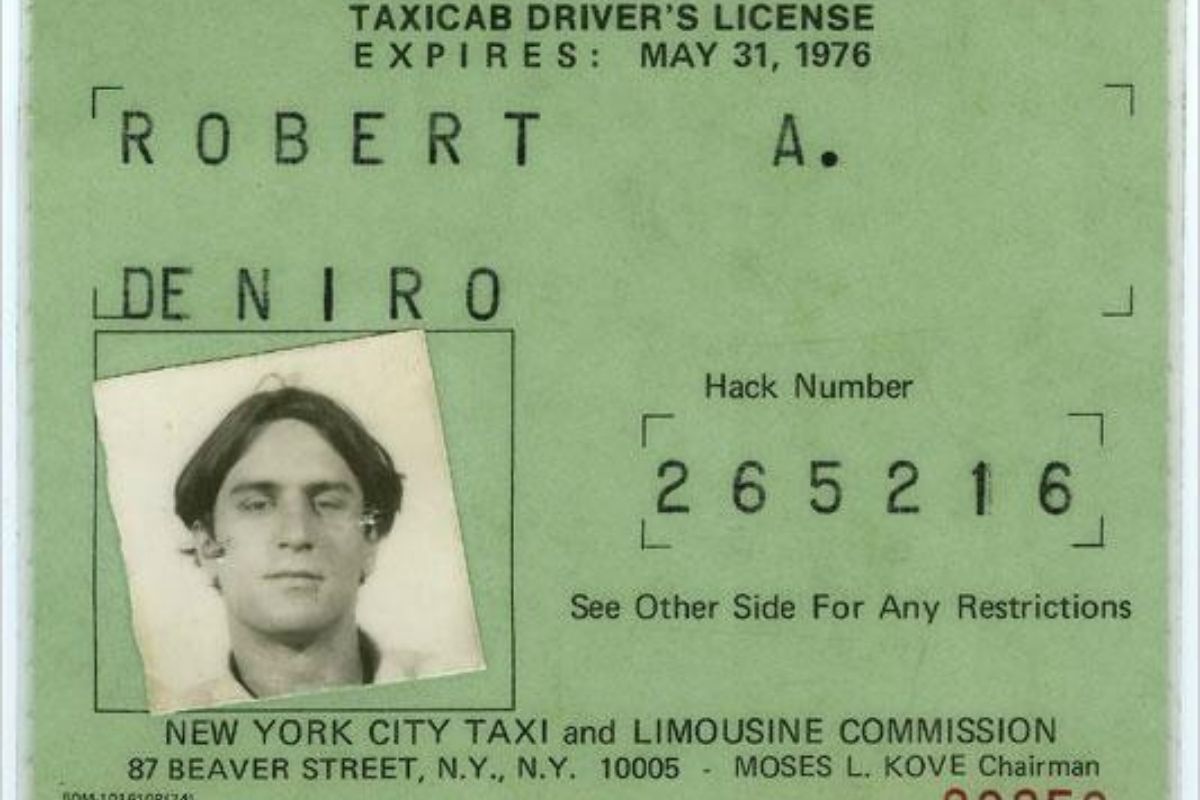 “You talkin’ to me?” Imagine your cab driver turning around and asking you that. Now imagine he’s actually Robert De Niro. For one month in 1975, some New Yorkers truly experienced sitting in the back of De Niro’s cab. The actor was conducting research to craft Travis Bickle: the unhinged anti-hero of Martin Scorsese‘s neo-noir classic Taxi Driver. And having spent time navigating the crowded NYC streets, it’s honestly no wonder De Niro was able to channel so much rage.

New York City today looks nothing like the neon-buzzing urban decay captured in Taxi Driver. Scorsese’s 1976 production famously (or, infamously) portrayed the concrete jungle as just that: a cold, hard, survivalist maze. “Thank God for the rain which has helped wash away the garbage and trash off the sidewalks,” says Travis Bickle, the titular cabby, as he makes his way through the underbelly of Manhattan in the film’s opening sequence.

Robert De Niro played Bickle to critical acclaim; he earned his second Oscar for the role, two years after winning best-supporting actor for Francis Ford Coppola‘s The Godfather Part II. So as De Niro prepared for Taxi Driver, he was already a well-known Hollywood talent. But to tap into the working grind of Bickle’s nocturnal lifestyle, De Niro would need to do more than run lines. He decided to go undercover as a New York cabbie.

You talkin’ to me? Anyone recall getting picked up by Robert De Niro while he researched his famous role in '76? #tbt pic.twitter.com/kn9szc4Yb3

In 2014, the NYC Taxi & Limousine Commission (TLC) shared rare pics of Robert De Niro‘s hack license, a.k.a. the special driver’s license necessary to drive passengers around New York — this was long before Uber. Check out his mean mug above; it looks like the 32-year-old De Niro was already getting into character when at the time. The vintage effect feels something like an original poster, lost for decades.

According to Business Insider, De Niro worked 12-hour days driving a cab for a month prior to filming. Legend has it he would even pick up passengers between shoots around New York City. And some of those lucky riders did recognize their celebrity driver. De Niro has said that one passenger pointed it out, aptly, and said: “Well, that’s acting. One year the Oscar, the next you’re driving a cab!”

But truthfully, most passengers probably never noticed Vito Corleone sitting in the driver’s seat. New Yorkers maintain a typical distance from their drivers, a guarded indifference. And De Niro picked up on that on. During a reunion conversation held at the Tribeca Film Festival in 2016, Martin Scorsese remembered De Niro’s unusual process, saying “He sort of acted with the back of his head, but he encouraged me by not responding to me.” While driving, De Niro’s introspective cabby maintains a deeper connection with the watery, neon streets over anyone sitting in the back. This relationship dynamic became most clear to the director during his own cameo.

In the tradition of noirs, the events of Taxi Driver play out against a detailed voiceover. But where older detective flicks provide stern, first ­person narration, Bickle’s inner monologues are poetic and reflective. Occurring mostly as Bickle gazes out the windshield of his yellow cab, the tirades advance his character rather than the plot. In fact, real human dialogue that includes Bickle is sparse in the film Taxi Driver. His actions are mostly internal. And so it seems fitting that in many of Bickle’s few chances to truly talk out loud, he is talking to himself. (Famously: “You talkin’ to me?” That iconic scene takes place in front of the mirror.)

During one Taxi Driver sequence, a young Martin Scorsese enters Bickle’s cab, plays an unhinged man who discovers his wife is having an affair. Their disturbing exchange — essentially a tirade by Scorsese — begins when the passenger demands that Bickle turns the meter off. At Tribeca, Scorsese recalled the moment, saying, “Bob was very instrumental because he pointed out to me that the first line of dialogue was ‘Turn off the meter.’ And I did one take, and he said to me, “When you say ‘Turn off the meter,’ make me turn it off. Just make me turn it off. I’m not going to turn it off until you convince me that you want me to turn off that meter.” So, I learned a lot.” De Niro, always improvising, taught the director how to act intensely enough to jolt the stoicism of a hardened cab driver.

The rest is cinema history. De Niro would infuse his lessons from the road with Vietnam veteran PTSD, ad-libbed lines, and a killer mohawk. Balanced out by the youthful charm of a teen Jodie Foster, Taxi Driver became a defining film of the 1970s. De Niro went on, of course, to become a beloved force of acting and has earned a lifetime’s worth of further Oscar nods: for The Deer Hunter, Cape Fear, Awakenings, Silver Linings Playbook, The Irishman, plus a win for Raging Bull, another Martin Scorsese collaboration. And while it might have been impossible to, say, get into professional boxing, I think De Niro’s particular devotion to Bickle’s profession comes across unflinchingly in that early, eerie work. I wonder if he too rode around the city, brooding in monologues.

“Even 38 years later, the images of Robert De Niro as Travis Bickle in Taxi Driver are still indelibly etched in people’s minds. It’s very much to Mr. De Niro’s credit that he spent weeks behind the wheel of a real cab to get into character, and as we suggested in our recent tweet, if someone remembers hailing and riding with him, we hope they will share that experience with us.”