Betty White Gave The Most Hilarious Tour Of Her Own House 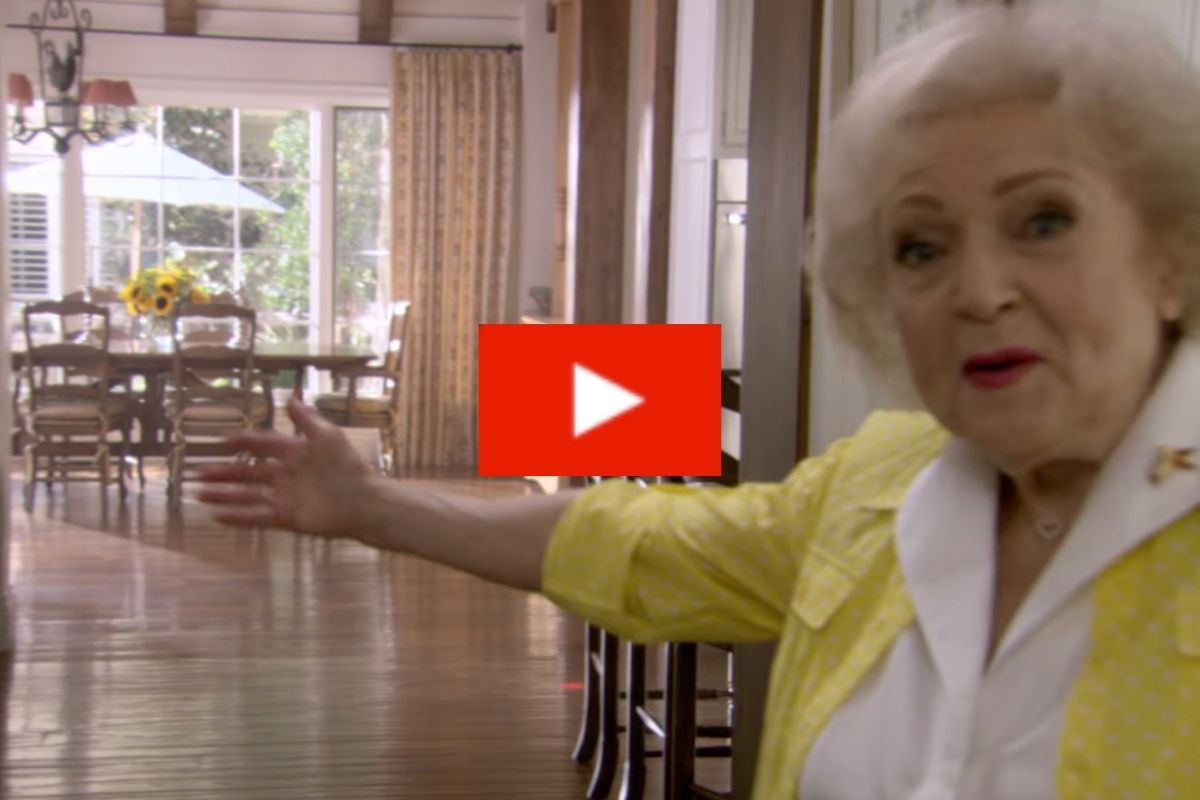 Over the last 75+ years, America has gotten to know (and fall in love with) Betty White. We know she’s been married three times (once to Dick Barker, once to Lane Allen, and once to Allen Ludden). We know her mom was best friends with Lucille Ball. We know she likes vodka and hot dogs and Robert Redford. And thanks to a memorably adorable video, we even know what the inside of Betty White’s home looks like — and the inside of her fridge.

The Golden Girls star lives in a sprawling mansion overlooking the Carmel coastline in northern California. In a one-minute clip, White parodies the MTV show Cribs as she shows us her “crib”. The chipper actress guides us through her kitchen before taking us into her living room to see her exotic fish tank. We even get a glimpse into her bedroom.

The longest-working female entertainer in television, Betty White has been making us giggle on TV series, sitcoms, and talk shows for a whopping 80 years. The actress was born in Oak Park, Illinois, in 1922. When White was 2-years-old, her family moved to Los Angeles, California. She graduated from Beverly Hills High School in 1939.

The Hollywood icon kicked off her life in the spotlight in the late 1930s when she first started popping up on CBS and NBC on shows like the Carol Burnett Show, The Tonight Show Starring Johnny Carson, and The Mary Tyler Moore Show. But the eight-time-Emmy-winner is perhaps best known for playing Rose Nylund in the NBC sitcom The Golden Girls alongside Rue McClanahan, Bea Arthur, and Estelle Getty. She’s since been spotted on TV series like That 70s Show, Pound Puppies, and Hot in Cleveland. In 2010, White famously became the oldest host of Saturday Night Live ever.