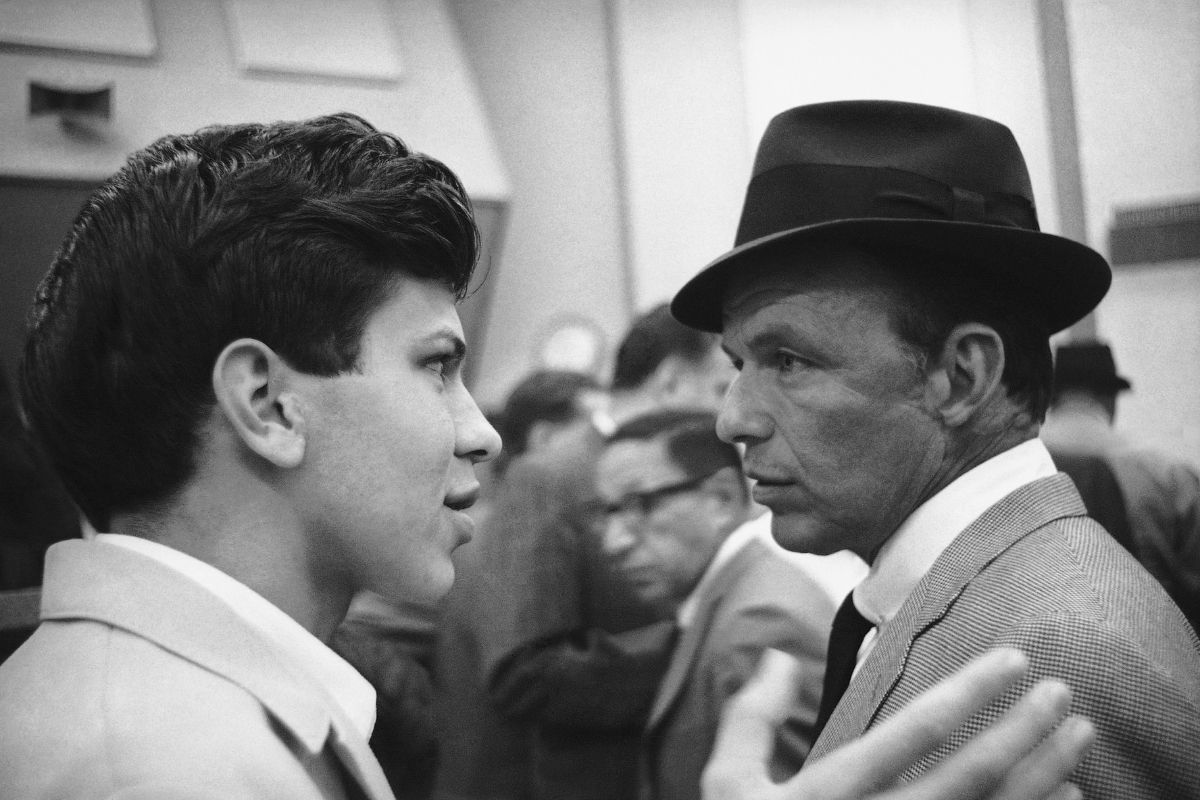 Frank Sinatra Sr. lived a very full life. He was a famous singer and actor, but was also known for his infamous temper and had rumored ties to all sorts of people ranging from the Mob to the late President John F. Kennedy. So you can imagine that the late singer had experienced all sorts of situations in his life, but did you know that his son with Nancy Barbato, Frank Sinatra Jr. was actually kidnapped for ransom?

On December 8, 1963, two former high school classmates from Los Angeles, California, decided that they wanted to kidnap the son of Ol’ Blue Eyes in hopes of a quick path to fortune. Sinatra Jr. was only 19-years-old at the time and was starting his own musical career, performing at Harrah’s Club Lodge in Lake Tahoe. Soon enough, 23-year-old Barry Keenan, who was addicted to painkillers, pretended that he was delivering a package to Sinatra Jr.’s dressing room, and along with 23-year-old Joe Amsler, kidnapped Sinatra Jr. at gunpoint.

They tied up Sinatra Jr.’s friend and then blindfolded Sinatra Jr. They then took him out through a side door, bluffing their way through any police officers or roadblocks to a suburb of Los Angeles. Nevertheless, an alert for Sinatra Jr. and his kidnappers was put out immediately.

Sinatra Sr. and Barbato worked with the FBI to help get Sinatra Jr. back. The plan was for the Sinatra family to wait for the ransom demand and pay it using money that the FBI could track. However, there was also a third conspirator, 42-year-old John Irwin, who called Sinatra Sr. on December 10, 1963, demanding specifically $240,000. Because Sinatra Sr. was the man with many ties and resources, he offered to pay $1 million, but Irwin declined.

Sinatra Sr. paid the ransom money, delivering it to Sepulveda, California, with the FBI ready to track the money’s serial numbers. While Keenan and Amsler collected the ransom, Irwin freed Sinatra Jr. in Bel Air. Everything was seemingly going okay until Irwin bragged about what happened to his own brother. His brother then called the FBI and on December 13, 1963, Keenan was arrested with Amsler getting arrested the following day. $168,000 were recovered.

As the trial for the kidnappers proceeded, there was talk that the kidnapping of Frank Sinatra Jr. was actually just a publicity stunt to kick off his music career. The kidnappers argued their case from this standpoint and eventually through appeals, won lesser sentences. Keenan became a successful real estate developer and Amsler worked as a stunt double in Hollywood. Irwin, however, seemed to disappear. Young Sinatra would be haunted by the kidnapping and the argument that it was all just a publicity stunt for the rest of his life.

Watch: Son Fakes His Own Kidnapping to Trick His Dad for Money