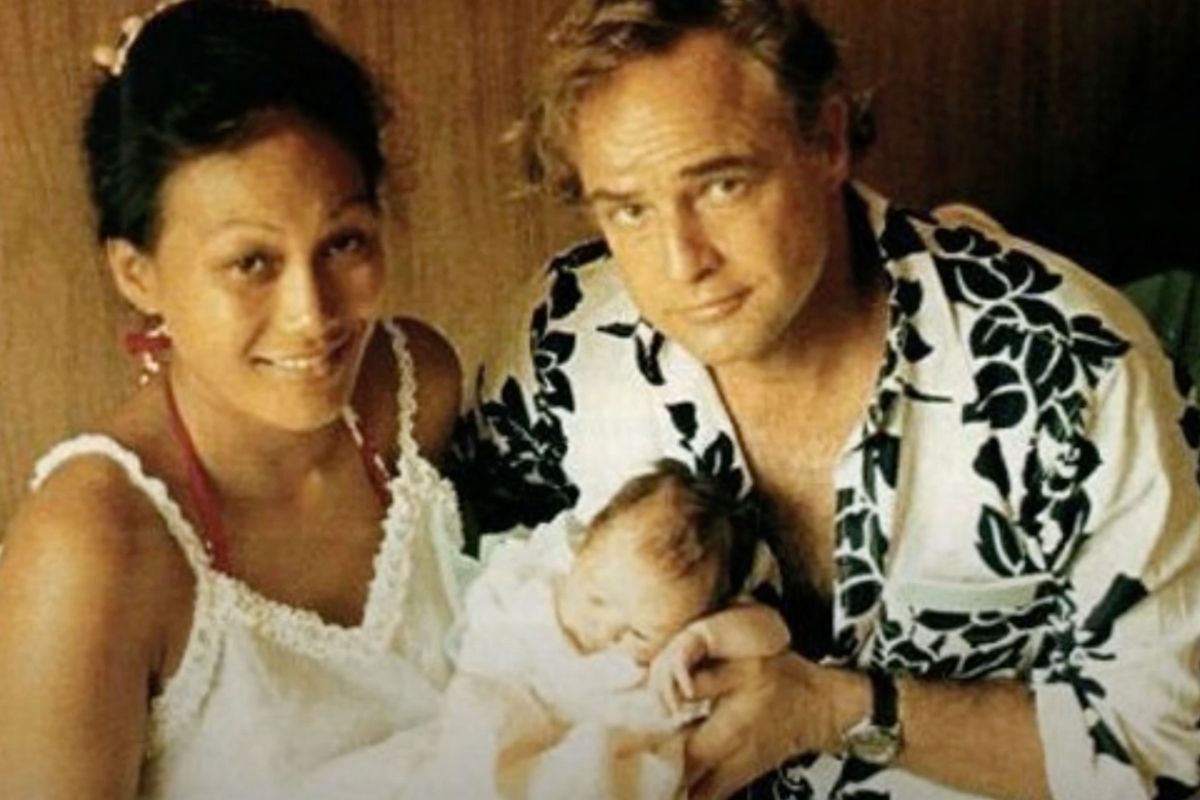 As one the greatest actor of all time, Marlon Brando was an unyielding force on screen. And off-screen, his raucous life resembled the melodramas in which he acted in. Between his abusive tendencies and disturbing eating habits, it’s clear that Brando was no conventional Hollywood star. And though it never defined Brando’s career, there’s one particular personal tragedy which stands out: a murder in the family.

Brando was born in Omaha, Nebraska to a cold, unaffectionate father and an alcoholic mother. This set the tone for his childhood. Brando’s first attempts at acting were to distract his sorrowful mother by imitating farm animals.

As a teenager, Brando was kicked out of multiple high schools (once for driving a motorcycle through the corridor) and was unable to join the U.S. Army due to a trick knee. So instead he decided to pursue his dream of acting and relocated, with nothing, to New York City. Brando began to study Method acting under famed coach Stella Adler and some of his best work followed: First, on Broadway, in A Streetcar Named Desire. The original Tennessee Williams play premiered in 1947 with Brando as the brutish Stanley Kowalski. The play then became the beloved film which also starred Brando, opposite Vivien Leigh. (Jessica Tandy portrayed Blanche Du Bois in the theatrical run.) Around the same time, Brando starred in his first film, The Men. And by 1954, Brando earned his first Academy Award for On The Waterfront… it did not take long for the artistic hot-shot to become one of the world’s biggest movie stars.

Brando married three times and had children with each wife. Brando’s first wife was actress Anna Kashfi. Though they together for less than two years, they did have one child together in 1958, son Christian Brando.

In 1987, Brando married the actress Maria Louisa “Movita” Castaneda. This marriage lasted two years and bore two children: Rebecca Brando and Miko Casteneda Brando. (It was Movita who famously locked the refrigerator at the Brando residence to keep her husband out — but he chewed through the lock!)

Brando fell in love with his Mutiny on the Bounty costar, the Polynesian actress Tarita Teriipaia. The year was 1962 and the pair was filming for MGM on-location in Tahiti. Brando was so taken, with Teriipaia — and Polynesia — that he wooed the actress for months and purchased a 99-year lease on the royal Tetiaroa atoll. Eventually, Teriipaia agreed to marriage and the couple had two children: Simon Teihotu Brando and Tariata Cheyenne Brando. Brando and Teriipaia remained married for ten years.

Additionally, Brando had three children with his longtime mistress (and maid) Cristina Maria Ruiz: daughter Ninna Priscilla and sons Myles Jonathan and Timothy Gahan. But Ruiz was far from Brando’s only affair. He adopted Petra Barrett Brando in 1970, the daughter of his former assistant. Brando even has a son, Stephen Blackehart, whose maternity is unknown. And it’s no wonder why. According to rumors, Brando went to bed with countless women — and men — including Marilyn Monroe, Rita Moreno, James Dean, and Richard Pryor… and those are just the most famous ones! It’s quite possible that Brando fathered more love children than we are aware of.

Trouble with the Kids

As you might imagine, life was tumultuous in the Brando household. Brando and his first wife Anna Kashfi engaged in an ugly twelve-year custody battle over their son Christian. At one point, while Brando was filming Last Tango in Paris, Kashfi kidnapped Christian and hid him among hippies friends in Baja. Unsurprisingly, Brando eventually won sole custody when Christian was 13. But by that time, Brando said his son was a “basket case of emotional disorder.” Ouch. Christian went on to struggle with drug addiction throughout his adolescence.

In another scene, Brando’s daughter Cheyenne was engaged to Dag Drollet and was expecting. In 1990, Christian shot Drollet inside the Brando home. In a very dramatic trial, Christian Brando pled guilty of voluntary manslaughter. As a result, Cheyenne, whose mental health was already on the rocks struggled even more. She eventually suffered a nervous breakdown and committed suicide in 1995.

No one, however, expected the violent outburst that would come to define Christian’s life. On May 16, 1990, Christian murdered Dag Drollet, the longtime boyfriend of his half-sister Cheyenne in the living room of their father’s Mulholland Drive estate. At the time, Cheyenne was eight months pregnant with Drollet’s child.

The Drollets, a wealthy Tahiti family, and went way back with the Brandos. And in 1990, Cheyenne and Dag had been together for for years. Christian, though, had only just met Dag the night that he shot him to death. Drollet was visiting Los Angeles and staying with the Brandos. According to Christian, Cheyenne had told him over dinner that Dag had been physically abusive so that night, drunkenly, Christian attacked him in the family home.

“I did not go into that room to kill Dag Drollet,? Christian later told The Los Angeles Times. ?I just wanted to scare him.? But reportedly, the gun accidentally went off in the squabble, killing Dag. He was 23 years old. Christian was charged with

Looking back, Christian said of his sister Cheyenne: “I feel like a complete chump for believing her.” he said. Cheyenne suffered from diagnosed mental disorders. After refusing to testify in her half-brother’s trial, Cheyenne fled to Tahiti and gave birth to Dag’s son who she named Tuki Brando. She then attempted suicide twice and was declared “mentally disabled,” and therefore unfit to participate in the ongoing trial. Christian was eventually found guilty of voluntary manslaughter and served five years in prison. In 2008, he died, penniless, of pneumonia.

In April of 1995, Cheyenne hanged herself to death at her mother’s home. She was 25 years old. She is buried next to Dag Drollet. And though many associate her suicide with Dag’s murder, Cheyenne’s tortured past stretches back much further. She claime her father sexually abused her, telling the (controversial) Brando biographer Peter Manso directly that she was molested. Cheyenne’s claims were corroborated in her mother’s 2005 memoir, Marlon, My Love and My Torment. Reportedly, Brando acknowledged the accusations before his death and blamed himself for his daughter’s tragic end.

“I have come to despise my father for the way he ignored me when I was a child. He came to the island maybe once a year but really didn’t seem to care whether he saw me or not. He wanted us but he didn’t want us.”

Despite traumatizing optics, the bloody scene on Mulholland Drive — and Cheyenne’s subsequent suicide — hardly figure into the Brando legacy. When we think of late-stage Brando, most often, we think of The Godfather‘s Don Corleone making an offer you can’t refuse. Or the sickeningly mad Col. Kurtz of Apocalypse Now: that behemoth of a man. But in fact, his private life was just as creepy and complex as any juicy role.