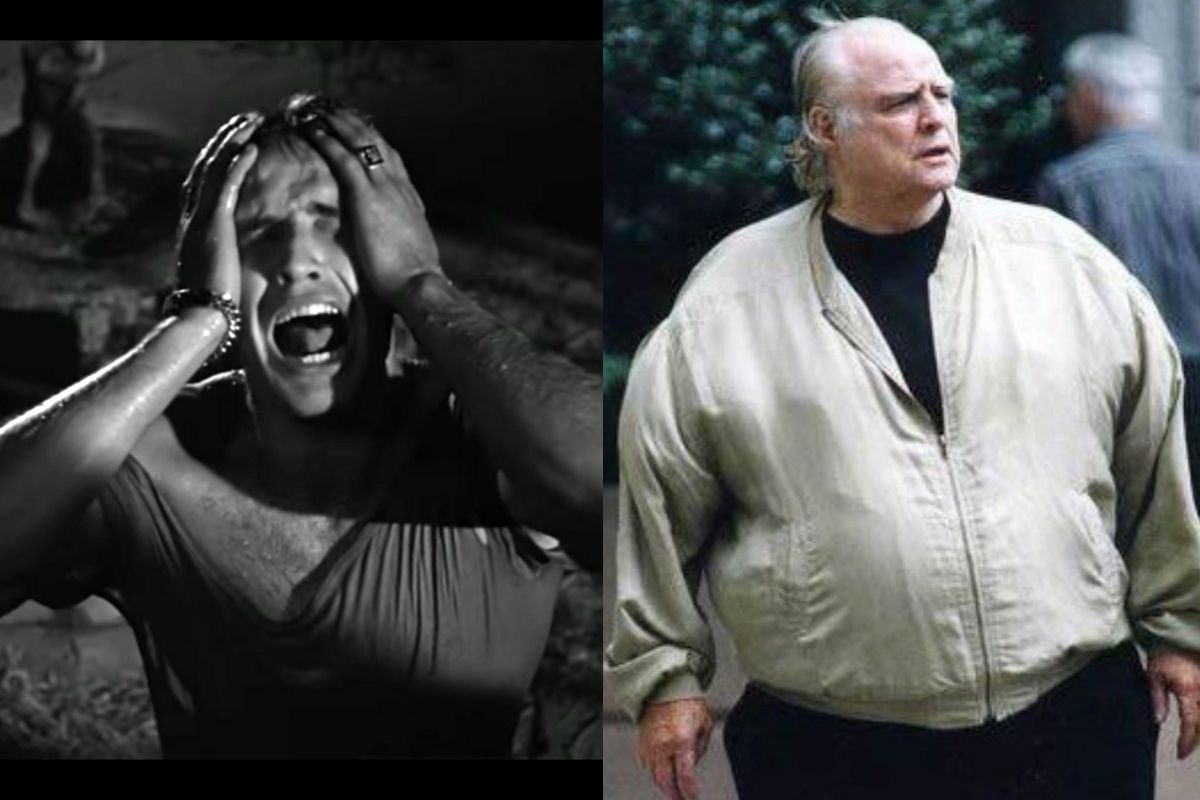 When you think of Marlon Brando, what comes to mind? Stanley Kowalski’s bulging muscles in A Streetcar Named Desire? His animalistic fervor and white wife beater? Or maybe you’re more into The Godfather Brando, all shrouded in shadow. As a pioneering method actor, Brando embodied a lifetime’s worth of roles. Everything he did, he did big: with lust, passion, and hunger. So perhaps it’s no surprise that the world-class hunk went from crash diets during the 1950s to weighing in at nearly 400 pounds in old age.

Like Brando’s Oscar-winning career, his indulgent eating habits have gone down in Hollywood history. So in honor of the late actor — last week marked what would have been his 97th birthday — let’s take a moment to recall this fascinating aspect of his legacy. The following is a condensed list of awesome, shocking, and downright absurd facts about Brando’s junk food binges as recalled by close friends, co-stars, and collaborators.

Brando was fond of driving to the favorite Los Angeles hot dog stand Pink’s at four in the morning… then eating six hot dogs in a row.

On the set of Mutiny on the Bounty in 1962, Brando reportedly split 52 pairs of pants.

Brando was known to finish off a whole tub of vanilla ice cream every night. While filming Mutiny on the Bounty, Brando once (infamously) rowed away from set, on a boat out into a lagoon, with a five-gallon container for some private ice cream time.

Also while filming Mutiny on the Bounty, Brando had a plane filled entirely with champagne and ham flown out to the location in Tahiti.

“A package of Pepperidge Farm cookies in one sitting,” Brando’s former brother-in-law remembers him eating.

When directing One-Eyed Jacks in 1961, Brando’s birthday cake was famously decorated to say, “Don’t feed the director.” And that wasn’t the only birthday party insult. The crew also gave him a belt with a card reading “Hope it fits.”

While filming Missouri Breaks in 1976, Brando allegedly picked a frog up out of a pond — and took a chomping bite right out of it. Tragically, no further context is available.

He Chewed a Lock of the Refrigerator

Marlon Brando once chewed a lock off the refrigerator — which was meant to keep him out. His second wife Movita was not amused when she found the busted lock, in addition to teeth marks all over a round of cheese. Gnarly. Their maid confirmed that, indeed, Brando had been desperately raiding the fridge.

According to his One-Eyed Jacks co-star Karl Malden, Brando ate “two steaks, potatoes, two apple pies a la mode, and a quart of milk” for dinner every night. The habit necessitated “constant altering of his costumes” throughout filming.

So Much Peanut Butter!

Even as a young man, Brando enjoyed his peanut butter by the jarful. Early on in his New York acting days, Brando would inhale whole jars of peanut butter… often polishing the “meal” off with tasty treats like Cinnamon Buns. Which he also consumed by the boxful.

The making of Francis Ford Coppola‘s Apocalypse Now was a colossally disastrous process and Brando’s enormous size was just one of many behind-the-scenes debacles. So after failing to lose weight, his terrifying character of Col. Walter E. Kurtz was shot entirely in the dark and from the belly up.

Brando nicknamed himself “Branflakes,” in reference to his love for cereal. But that’s not all he ate for breakfast. According to his old pal Carlo Fiore, Brando liked to start the day with corn flakes… and sausage and eggs and bananas and “half a jug of maple syrup over his butter-soaked pancakes.”

While living on the island of Tetiorova, Marlon enjoyed his version of a “real-life Mounds bar”: a cracked-open coconut filled with sun-melted chocolate. A movie star lifestyle indeed. That sounds pretty nice, paired with a plane full of champagne…

During the 1980s, one of Brando’s girlfriends supposedly left him for refusing to lose weight — despite appearing to stay on strict bland diets. Little did she know, Brando’s buds were driving down Mullholland Drive at night, tossing bags of Burger King Whoppers over the gates of his estate. Now that’s what I call a good friend.

WATCH: Why Marilyn Monroe’s White Dress Was So Iconic