Toddler Hilariously Reacts After Learning Where Sausages Come From 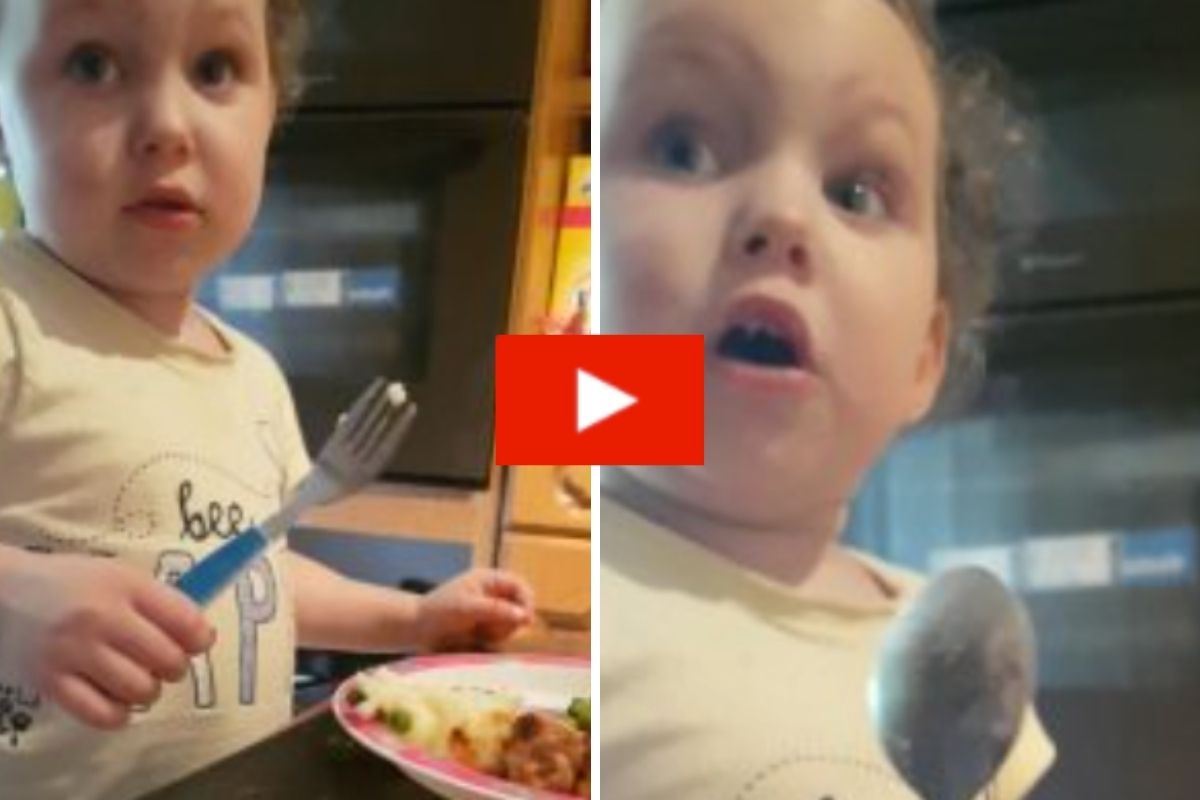 It looks like PETA just gained another member. A curious 3-year-old (at the time!) quickly swore off meat “forever” after learning where her dinner was coming from that day. The girl, who is from Glasgow Scotland, was filmed by her father Brian Copeland after he talked to her during her dinner time, telling her how the sausages she was eating were made.

The father recorded little Erin, who’s hilarious response quickly went viral, as she stared at her sausages and mashed potatoes in awe. Copeland seems to fumble around, trying to answer the toddler’s question very carefully, trying to explain how the sausages are made from pigs using machines.

He tells the toddler, “We turn the pigs into sausages. The sausages are pigs and then we eat them.” Which seems quite harsh to tell a 3-year-old that, but hey, that’s not my daughter. But, she quickly bolts up and looks at her dad saying, “That’s not very nice.”

Little Erin Reacts to Learning Where Sausages Come From

After the father explains in full detail how the pigs are slaughtered, she tells her father she is “done” with sausages and will only eat her mashed potatoes. Copeland, being the dad he is, decided to upload the hilarious exchange on YouTube where it gathered more than 500,000 views.

As far as why he decided to tell his daughter in the first place, he stated his daughter was a bubbly little girl who is full of questions. So, he feels it is his job to answer them as accurately as he can. He stated, “I love it when she asks questions, being a parent you get a lot of questions. But I don’t think children should be shut down when asking questions. I feel like if she’s old enough to ask the question then she’s old enough to get the answer.”

The father also noted that he thought it was important for children to know where their food comes from. Erin, who is now older, has made peace with the fact that sausages come from pigs, and is back on eating pork. Can you blame her? Pork is delicious. Sorry PETA.

Editor’s note: This article was originally published on October 18, 2019.