Curious Girl Gets Pumpkin Stuck on Her Head During Carving Session 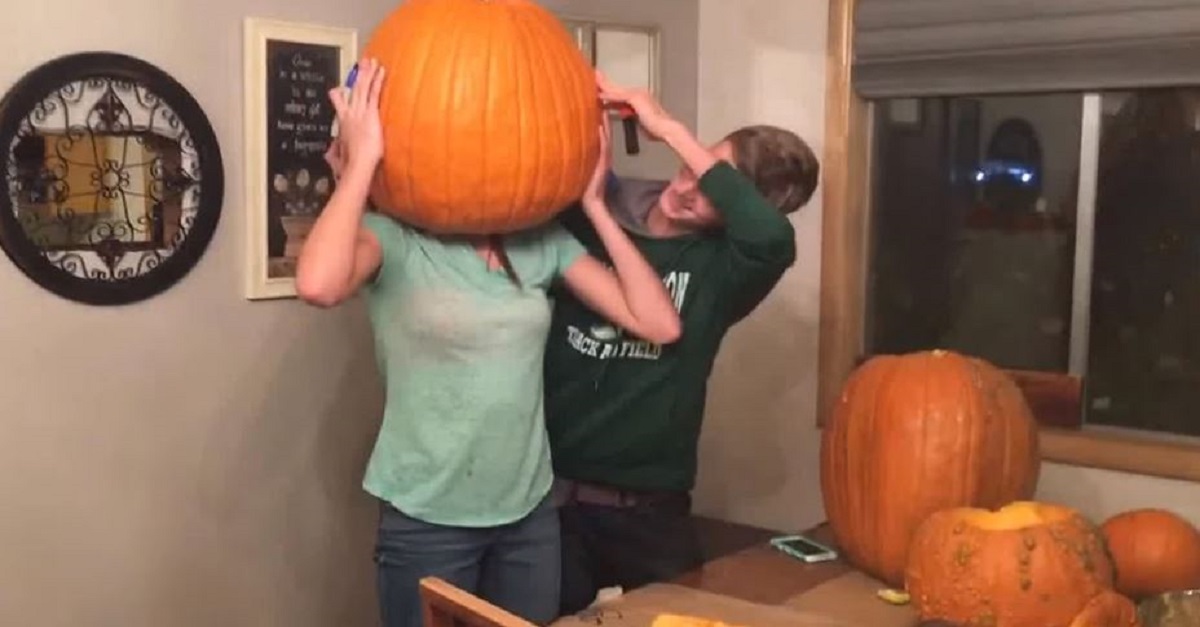 Family pumpkin carving can be an awesome Halloween bonding activity. However, one curious girl named Rachel Ralphs thought she’d stick her head inside the opening of a giant pumpkin. Little did she realize that she would get herself into a massive pickle of a situation, getting her head stuck inside the pumpkin.

Kristy Ralphs uploaded the hilarious video of the entire 4 minutes, 21-second supposed carving session to YouTube. “This is epic. This is going on Facebook for sure,” her mother said laughing, ready to post it on social media.

“I can’t get it off,” Rachel screamed. The teenage girl stood bent over with her jack-o’-lantern whole head on the table while her siblings tried everything and anything to get the gourd off. Her mother said her ponytail was the problem and told her siblings to try and get it out.

“It’s like you’re giving birth,” her mother said. Rachel’s father came over to observe the situation and said they should call the fire department to get the pumpkin off.

“Didn’t really turn out as she expected but definitely worth a good laugh for the rest of us though! And YES, she did make it out just fine a few minutes after this video ended,” Ralphs wrote on YouTube. Ralphs was sure to upload a follow-up video “Part 2…FREEDOM!!!” to YouTube of Rachel, pumpkin head free.

Maybe she should keep her hands off Halloween pumpkins for a while. Or she could’ve totally played it cool and turned it into an epic DIY Halloween costume. A pumpkin version of the famous horror monster Jason or something. And honestly, as traumatized and freaked out as she really seemed in the video, I don’t think she wanted to be around anything pumpkin flavored for awhile. Forget that Pumpkin Spice latte from Starbucks.

Editor’s note: This article was originally published on October 26, 2016.