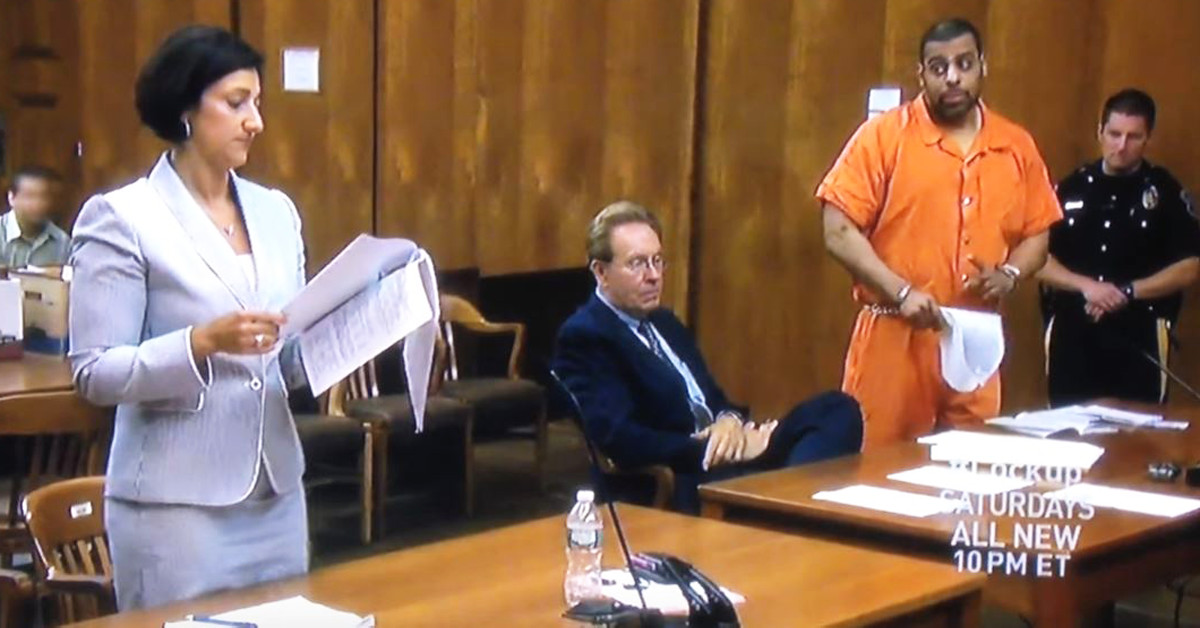 Oh, how I love social media. You never know what you’re going to find. Like this precious gem that I’m sure we all remember because well, it’s a Vine classic. I’ll start off by saying that I think this man is hilarious, a true light in the world. Despite his whole criminal thing which of course, which I DO NOT condone. But, these are the people that make the world go round.

Basically, the event occurred on a live TV episode of Lockup Extended Stay. Prosecutors accused a male defendant of distributing marijuana to an undercover female officer. But no, that offense wasn’t the worst part. The female prosecutor in court continues to state her case, noting, “He had no problem whatsoever hitting on the undercover officer on the audiotape, trying to pick her up.”

“Girl, You’re Thicker Than a Bowl of Oatmeal”

She then continues to say that the defendant reportedly made explicit and inappropriate comments to the officer, the most memorable being, “Girl, you’re thicker than a bowl of oatmeal.” LOL. JESUS CHRIST, THIS IS WONDERFUL. I need a sticker of this iconic quote. I have always wanted to be able to deliver a great knock them dead pick-up line like this one, but no, sadly that hasn’t happened yet. This is genius, a golden moment, I’d give this man a handshake if he ever said that to me in public.

But this isn’t the worst part of the video…oh no. The worst and best part is that upon hearing his own pick-up line, he nodded at the prosecutor, using his cuffed hands to double point at her in agreement. Yes, this man still believes that comment to be 100 percent true, and I love him for it. This inmate is so proud of his words, and well, he should be.

When asked by local authorities about why he said that comment, the man nonchalantly stated, “Hey, hey, I wasn’t lying, she had a fat ass, you know what I mean?” Also, I do want to point out that I have no idea who this man is, I searched for his left and right, so I have no background on him. There are only youtube videos and memes. But he will forever be known as the oatmeal guy on Reddit and TikTok. God bless this TV show.

I will say this, if he’s still in jail, I hope he’s working hard on other pickup lines like this one because this is wonderful and the world could use more viral videos. Get this dude on Oprah Winfrey, ASAP, we need an update.

Editors Note: This article was originally published on July 7, 2016.