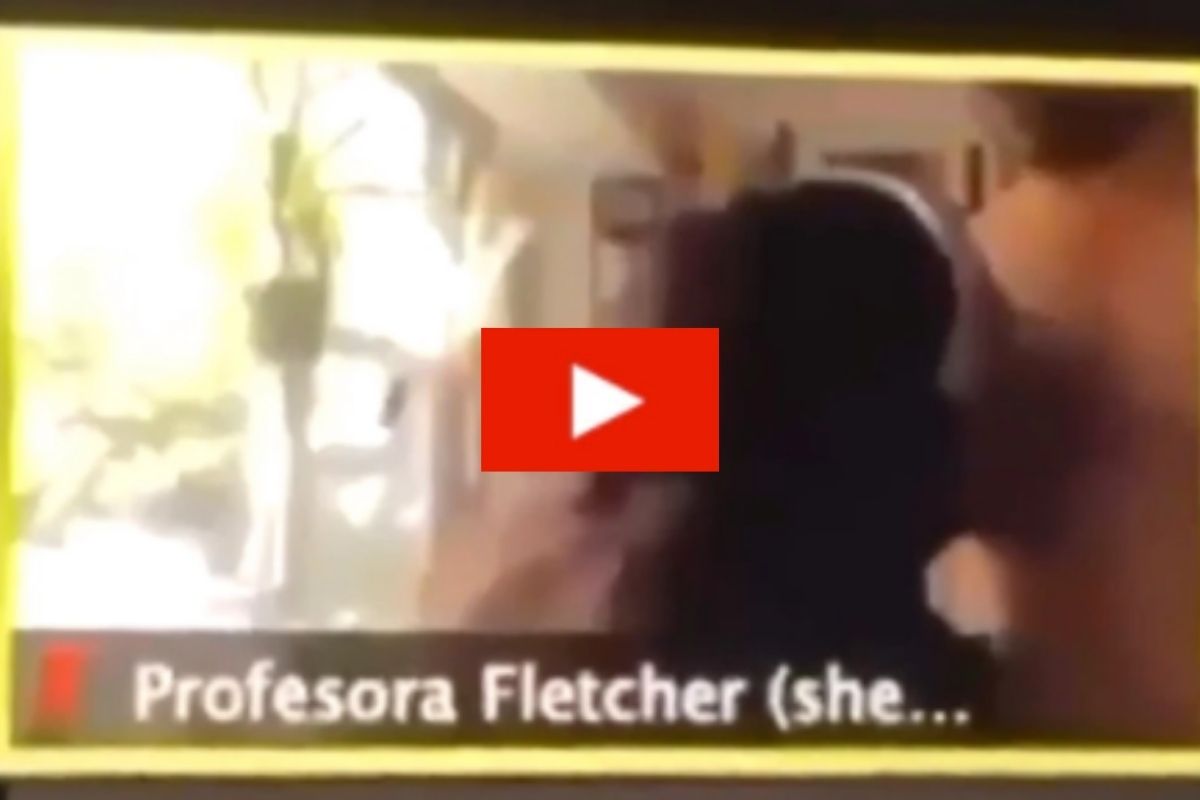 We’re seeing the finish line in the race against the coronavirus pandemic as things are finally starting to open up again with more and more people becoming vaccinated. Sure, people got a little stir crazy while quarantining in lockdown, and entertainment wasn’t hard to find as the news was constantly sprinkled with hilarious Zoom video mishaps and mistakes.

Take Amanda K. Fletcher, for example, a Spanish teacher at the Columbia Secondary School for Math, Science, and Engineering, who was caught sucking on the nipple of a shirtless man during one of her Zoom classes, according to the New York Post.

Her students know her as “Professor Fletcher” and were sharing the video on the social media site Snapchat. Fletcher turns to suck the nipple of a man behind her, and then turns back to the camera, wiggling her shoulders with a smile. According to one of her students, Fletcher was eating spaghetti with said topless man, right before she decides to put her mouth on the man’s chest. She also, “resumed teaching and discussing a worksheet,” right after.

According to the Special Commissioner of Investigation (SCI) report, other videos of the incident, “showed Fletcher’s face on the unidentified man’s exposed breast, during which time she rocked her head back and forth, possibly indicating an act of suckling.”

New York City Department of Education removed her from her teaching responsibilities, as the SCI recommended disciplinary action, finding that she, “engaged in an inappropriate sexual act,” while teaching the Zoom lesson. Columbia Secondary School, located in Morningside Heights, serves almost 700 students from 6th grade to 12th grade, as told by the NYpost.

It seems like Fletcher was sucking on the nipple of an unidentified topless male on purpose, considering the intentional facial expressions she made after. I know remote learning made the school year pretty hectic, and that people were caught doing things that they wouldn’t do in front of a bunch of minors, but it seems like Fletcher was pretty proud of what she did.

I’d give her props if this wasn’t stupidly done in front of children. Come on.