This University Is Offering ‘Angry White Male Studies’ Class Because They Want Some Answers! 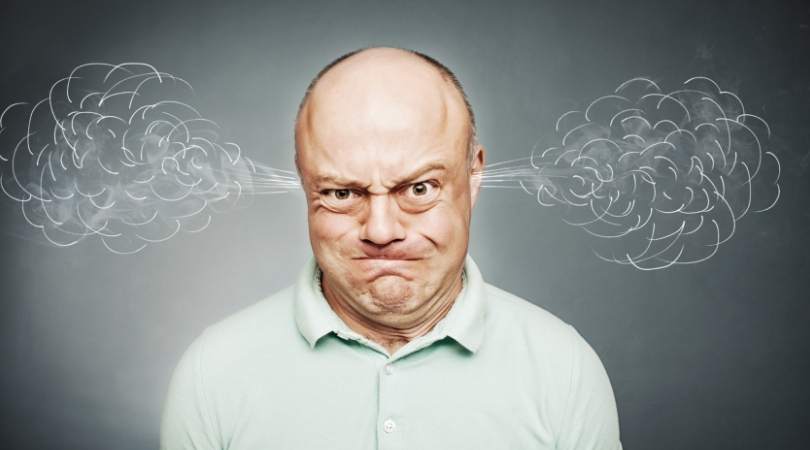 The University of Kansas will offer an “Angry White Male Studies” course that will investigate the emotional state of “Caucasian males throughout history”, and as expected, a lot of white men are…angry. Yes, the university in Lawrence, Kansas will offer the course in Fall 2019, because well, apparently someone really wanted to explore why men get so angry all of the time. Which I totally understand.

The course will follow the rise of ‘angry white male’ in America and Britain since the 1950s and will explore the deeper sources of this emotional state while evaluating the recent manifestations of male anger. The course is part of the Humanities and Women, Gender and Sexually Studies department, and will be taught by The Dean’s Professor of Humanities and Professor of History at KU, Christopher E. Forth. Forth has taught several history courses which study the masculinities in cultural history.

Shoutout to the angry white guy who called to complain about how blatantly racist and offensive Humanities 365 “Angry White Male Studies” is. pic.twitter.com/UgorDJjnxG

The 300-level class will employ “interdisciplinary perspectives” and examine how both subordinate and dominant masculinities are experienced and represented in cultures. This while undergoing periods of quick change connected to modernity as well as “to rights-based movements of women, people of color, homosexuals, and trans individuals.”

Safe to say that several people online were quick to criticize the university for its choice of topics. Republican Kansa Rep. Ron Estes tweeted out to the university, criticizing their decision to offer a class that “may divide students” instead of uniting them. I’m really surprised our President hasn’t said anything about this, it’s certainly up his alley.

Instead of a course to unite people and empower women, KU has decided to offer a class that divides the student population and could pose a Title IX violation by creating a hostile campus environment based on gender. #ksleg https://t.co/XhUNfpFUcW

But wait, it doesn’t stop there! The Humanities Program also offers a “Being Human in the Workplace” “Sex in History,” “The Refugee Experience” and “American Indian and White Relations to 1865.” I’m starting to see a small pattern here.

Honestly, this seems a little bit ridiculous and makes me think that this professor just wants to stay forever young by offering silly classes to get students to like him. But hey, my old university had a class dedicated to Britney Spears in which examined why she went off the rails, so a class on an angry white man, sure why not. You get 3 credits, will probably get to talk about Donald Trump’s gigantic ego, learn how to spot an angry white man from across the room, and get an easy A.

College students have it so easy nowadays. Can I sign up even if I’m not a student?