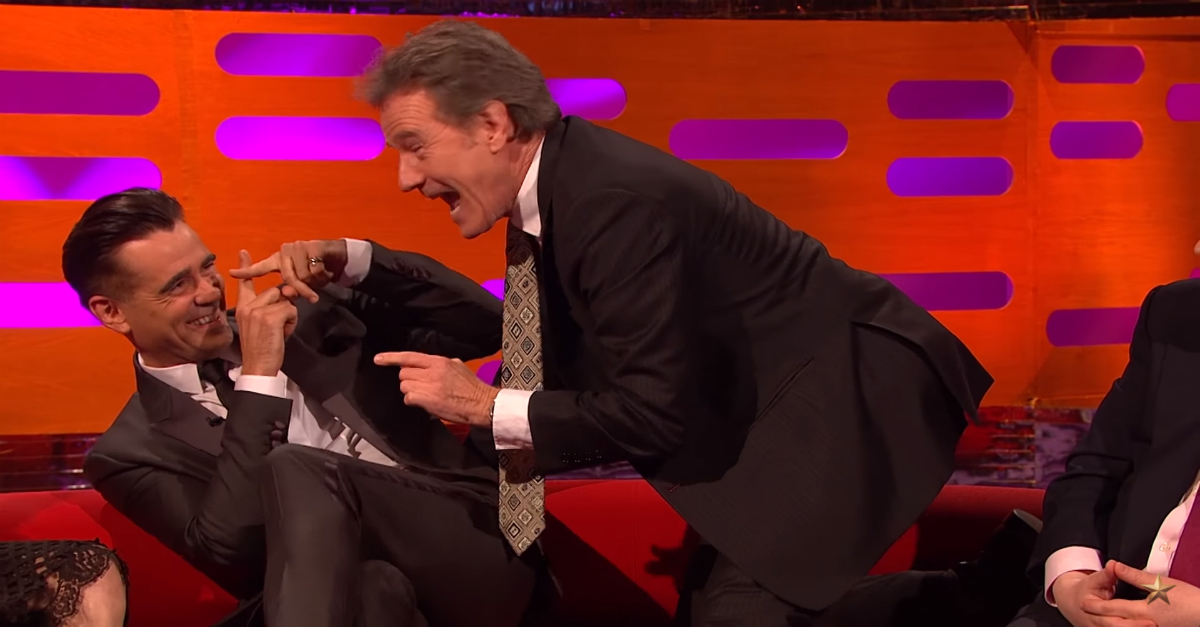 “Breaking Bad” star Bryan Cranston appeared on a recent episode of “The Graham Norton Show” and told a rather risque story involving his frisky European honeymoon.

Well, it transpires that the Cranstons had misunderstood the travel agent. “50” was actually “15.” And so, as the train exited a tunnel, the carriage was flooded with light and the Cranstons’ fellow passengers were treated to a sight they’d never forget.

Cranston used plenty of gesticulation when retelling the story, which clearly made his fellow guest Colin Farrell slightly uncomfortable. But the cheeky Irishman wasn’t too traumatized, as he was able to crack wise and congratulate Cranston: “15 minutes though man!” he quipped, to the delight of the studio audience.