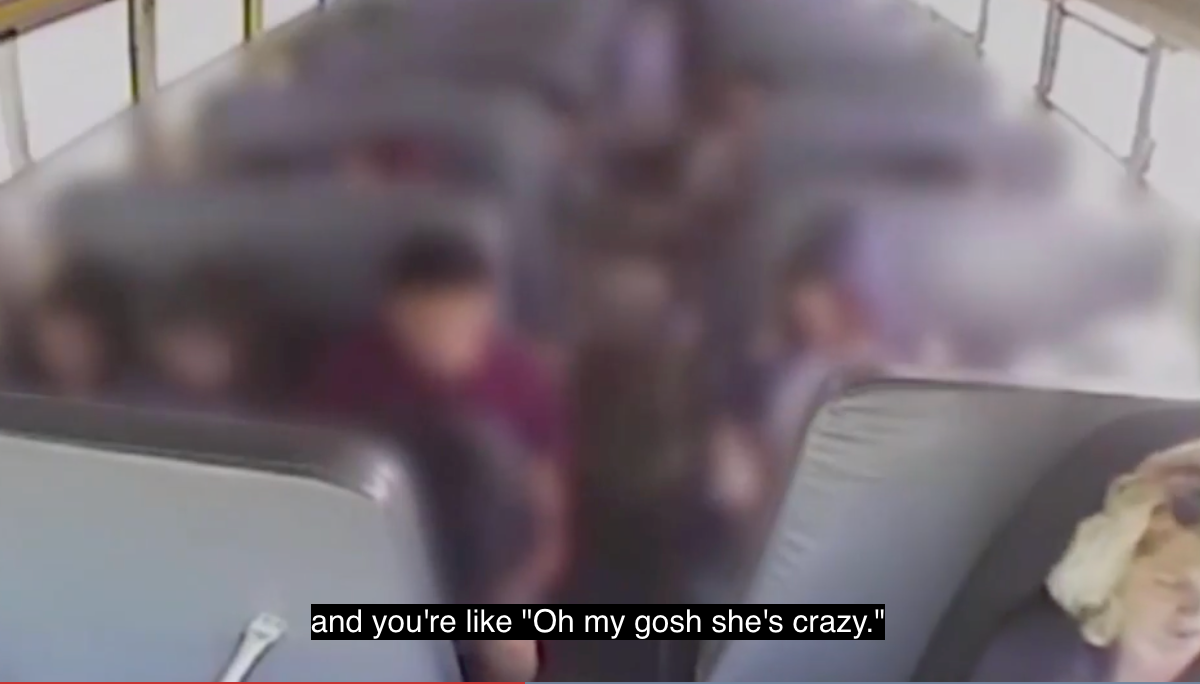 Children aren’t allowed to drink coffee, and chances are most mornings any kid who isn’t lucky enough to be legally taking amphetamines is probably dragging. So what better way to get some much-needed energy — a kick in the pants — on a school morning than enduring the insane rantings and erratic driving of a drunken school bus driver? It’s an easy and unsafe way to get a shot of adrenaline that’ll have you so thankful to be at school you’ll be shaking with glee. Glee, definitely not fear and PTSD.

As it so happens, Washington state bus driver Catherine Maccarone, 48, was captured on video shouting that she was “crazy” at the Longview School District kids she was transporting while driving her school bus on September 12th. While drunk. Maccarone repeatedly told (shrieked at, really) the kids she was crazy. She also told them she graduated from college three times, probably just to let the kids know that that whole bus driving gig wasn’t permanent, though the kids were probably aware of that fact as soon as they realized she was drunk.

Maccarone went on to regale the children with stories of how she had once planned on being a cop in L.A. and was going to have to spend a year working undercover as an informant with either the Bloods or the Crypts. All this while running three red lights, swerving off to the side of the road, and berating the children for having the nerve to scream back at her, “OH MY GOD YOU RAN ANOTHER RED LIGHT AND YOU’RE DRIVING OFF THE ROAD.”

It was evident to the children pretty early on that Maccarone was drunk and, eventually, one 10-year-old called 911.

(By the way, do you know how drunk you have to be for a child to notice?)

The bus driver was finally pulled over, arrested, and charged with both a DUI and the reckless endangerment of a few dozen kids.

Watch: With a Monster School Bus Like This, There Are No Snow Days