Drunk College Student Gets Stuck in Dryer, Rescued by Firefighters 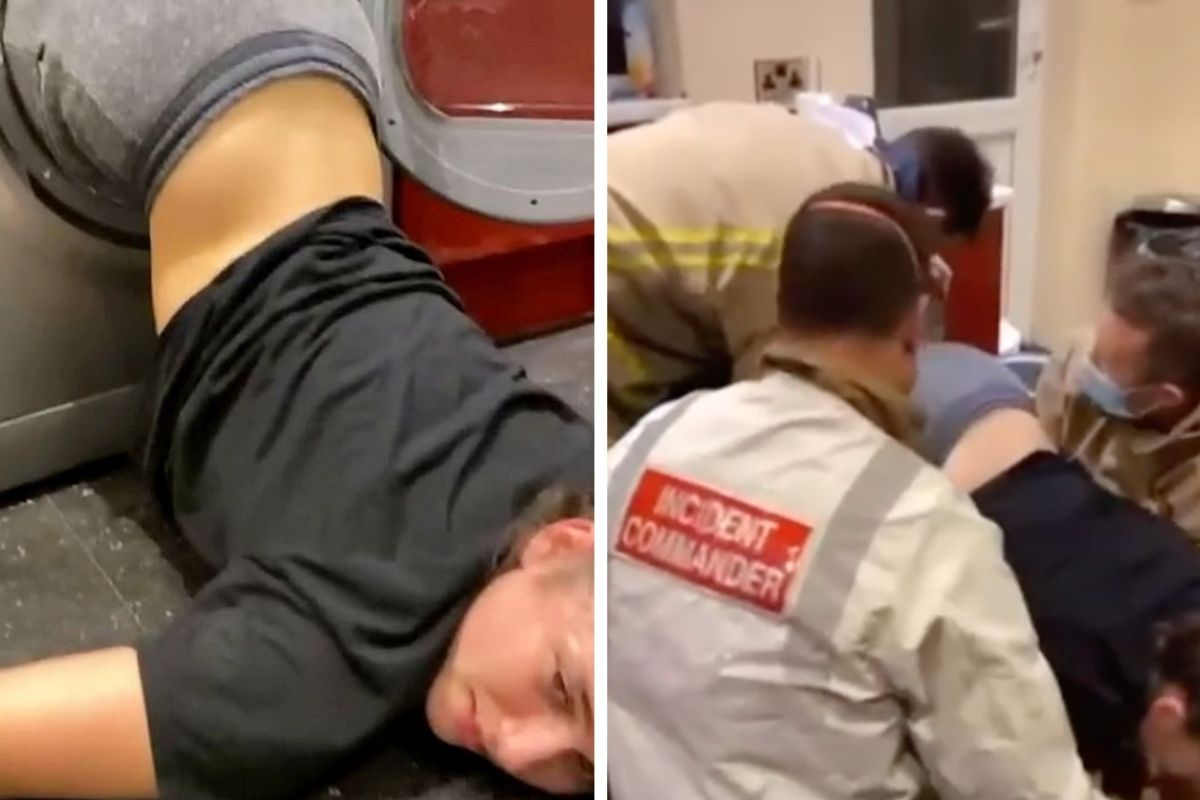 Oh, how I miss college. I truly do. You could get away with anything when you’re in college! Almost no responsibilities, except of course maybe going to class, and you can pretty much do anything that your parents and didn’t let you do when you were a little kid. Like 21-year-old university student Rosie Cole from Hull University. Basically, she had to be rescued by firefighters when she got stuck in her tumble dryer, and her housemates couldn’t pull her out. Oh, Rosie, this is a story and video footage that will haunt you for the rest of your life.

Bored during COVID-19 lockdown, the undergraduates from Yorkshire in the UK decided to down some bottles of Zinfandel wine and some honey tequila shots, daring their friend to take a literal tumble. According to Cole, ?It wasn?t until I wiggled both my hips in and got my legs crossed behind me that I realized I couldn?t get out. I am a bit dramatic so I didn?t think it was that bad at first and my house mates were making me laugh.?

But, the laughter quickly died realizing it wasn’t one of her finest moments. The student, who was in an inebriated state, realized that she couldn?t uncross her legs and her hip was stuck. She noted, ?Especially when I tried to free myself the dryer tipped forward and I couldn?t get myself out. My arms were starting to hurt trying to hold myself up, and it was pretty hot inside the dryer.?

Her friends, being the influencers they are, decided to record every moment of it, because well, who doesn?t like some good viral content? So, they quickly called the first respondents to help Cole. It took a total of three emergency service firefighters to successfully rescue the drunk student. Apparently, the students told local authorities that she thought there was ?no chance? that she would fit in there, let alone get stuck. But, no, she did, and there is now a viral video showing the 3 firemen from the Humberside Fire & Rescue Service pulling the pretzeled up student out of the household appliance.

I found our newest Florida resident. I think we all should pitch in to get her a visa to work at WDW. https://t.co/jdJ1X24Tl5

As far as what the drunk college student’s excuse was for getting in the dryer in the first palace, she stated, ?I?m not going to lie, I never do my own washing anyway,” said. ?I?ve never even used the dryer ? but maybe I should start putting my clothes in it when they?re not on my body.? Her roommate Lydia Dunwell, 21, was sleeping at the time of the incident and was awoken when she heard the sirens.

The psychology major said she was “speechless? and ?shocked? at the sight of Cole trapped, but of course decided to grab her iPhone, record it, and post it on social media. As I said, thank god for that! Hey students, I know it?s cool being on your own and what not…but let?s not try to get ourselves killed. I bet this student won’t touch any washing machines or dryers soon.