The Exploding Watermelon Challenge is as Terrifying, and Hilarious as It Sounds 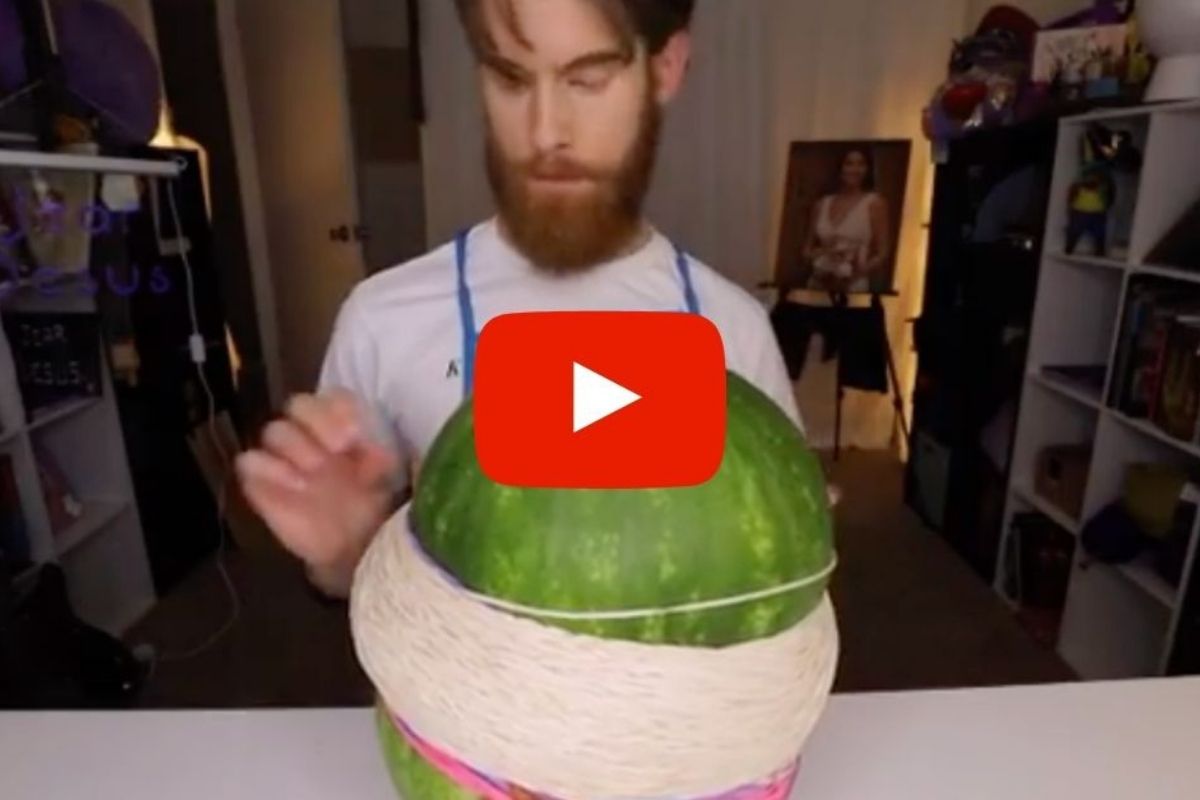 If you clicked on this article it means that you really want to watch something explode. I don’t blame you, I’m the type of person that loves to watch things explode too, especially if it involves food. There’s something so satisfying about it. Which is why I was so intrigued when I found out about this hilarious yet dumb DIY challenge video that I personally would love to try. Maybe I’ll get one of my co-workers to do it with me because it just seems so ridiculous and fun.

It’s been going on for a while now, and I never really thought of it until I ran into this hilarious Instagram post from creator Brandon Farris. The video shows him just nonchalantly putting a rubber band around a watermelon that’s already wrapped with what looks like 30 rubber bands. He then turns around attempting to grab another one but finds that he’s already out.

Out of nowhere, he hears a snap, and the watermelon cracks open, flying across the room hitting him right in the chest, and throws him off the chair and into the floor. You know this man got a bruise from this, because you really heard the watermelon hitting his chest so hard, to the point where you even feel it yourself. The hilarious man then stares at the watermelon, just saying simply, ‘Uh. Oops.” I bet he wished he had some goggles for this.

I really love it when challenges end up this way. It’s hilarious, and it’s just one of those things that you don’t think about, you just do it because the internet is doing it so you want to try it. But wait, there’s more. Farris also gets a gallon of milk and does the same thing he did with the watermelon, wrapping several rubber bands around it. Afraid and hiding behind a hilarious Bob Ross life-size cutout, he twists open the cap and the milk goes flying everywhere hitting everything in sight. He then attempts to stop the milk from overflowing by simply putting his hand on top of it, which obviously makes it worse.

This isn’t the only challenge that I found online, definitely my favorite one, but there are several all-around social media that are worth a watch if you’re really bored and need a laugh here in there. So I’m just going to put some of the ones that I thought were hilarious that made me chuckle. Enjoy. Watermelon explosions and science experiments for the win!

This article was originally published on May 29, 2020.

Watch: Bring These Tequila-Soaked Watermelon Wedges to Every Summer Party