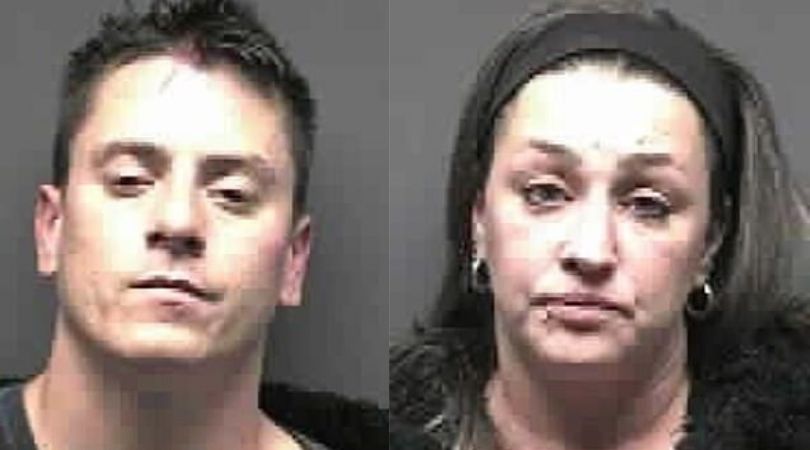 Geesh, talk about a terrible first date. A woman accidentally became a getaway driver after her date decided to casually rob a bank. You know, the usual. Is it even a first date if one of you doesn’t commit a crime? Kidding, totally kidding. But this is pure gold.

Authorities stated the Massachusets woman became an unexpected getaway driver after she met the man on a dating app. Her date, Christopher Castillo, pleaded guilty to armed robbery and three counts of assault and battery on a police officer for the crime committed in December 2016. Yes, it’s crazy this man is barley being punished.

According to the Bristol County District Attorney’s office, Castillo was sentenced to three years in state prison for the robbery and two years in the Bristol County House of Correction for struggling against and spitting on police who tried to subdue him.

So who pays for the date when it goes like this? 😂😂😂https://t.co/TT4CsbLxvr

The woman, luckily, wasn’t charged because well, I’m sure this hilarious “worst date ever” story is punishment enough. According to authorities, the woman told police when she picked up Castillo from his parent’s house in Chepachet, Rhode Island and drove him 30 minutes east towards North Attleboro, Massachusetts. The man was reportedly drinking wine in the passenger seat of her Nissan Maxima. Which oddly enough, wasn’t charged for it.

When they arrived at the bank, the man quickly got off and left her alone in the car for a few minutes. The District Attorney’s office stated Castillo walked into the Bristol County Savings Bank and showed a bank teller a gun. He demanded the $1,000 saying he was “really hurting,” and needed it badly. Suddenly, he came running back with sunglasses, a hat, a gun, and $1,000 in cash in his hand. He then told her to “fu*king go.” Panicked the woman drove off, but later stopped when she saw flashing stones cruises behind them.

The women quickly pulled to the side, got out of the car and walked away while Castillo stayed inside. When authorities searched the vehicle after they handcuffed him, they found a .44 caliber handgun, which was an antique belonging to Castillo’s stepfather, and the sunglasses and hat that match the description of what the robber was wearing.

Authorities also found the $1,000 in his wallet. So, years later after that date from absolute hell, Castillo was sentenced to five years in prison. I hope this woman learned her lesson when it comes to online dating.