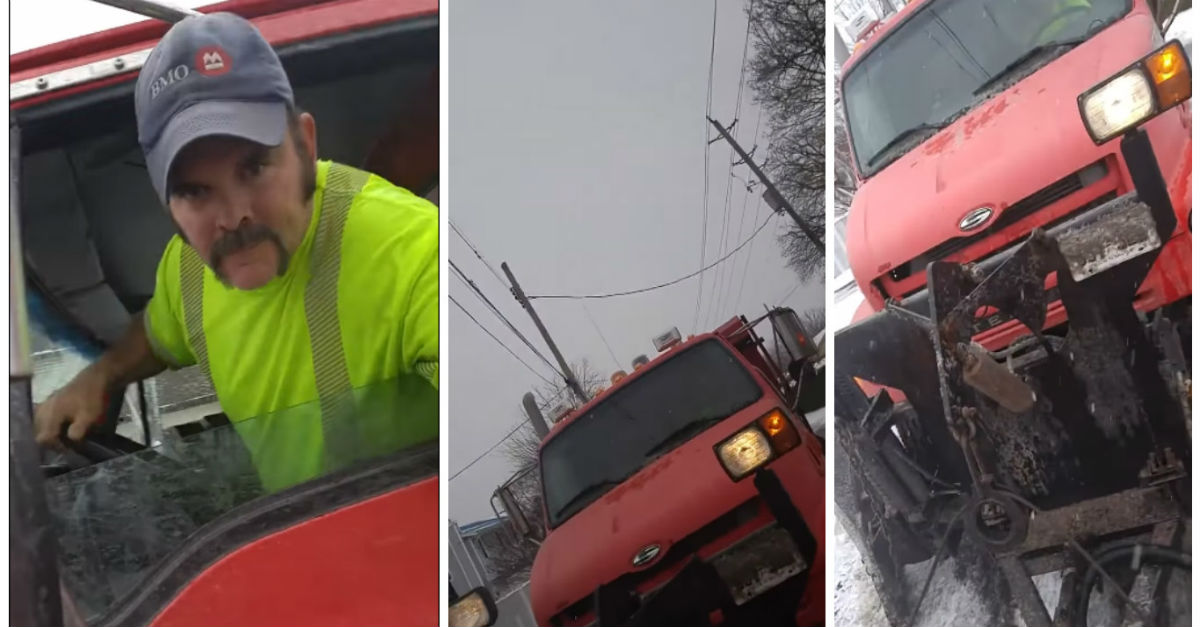 There are a couple kinds of people who you shouldn’t talk back to, and mustached men driving snowplows are most of them. Plow drivers are generally blue-collar guys who get up in the middle of the night to get the roads cleared before people have to go to school or work.

For some reason, this kid thought it would be a good idea to stand in front of the plow and talk trash at the driver. Of course, that wasn’t a good idea.

When the kid decided that he was going to walk up to the window, within arm’s reach of the plow driver, he got a cold, hard fist to the face.

This article was originally published on February 22, 2017.