Louis C.K.’s advice to this little boy was the perfect way to end one of his weirdest episodes 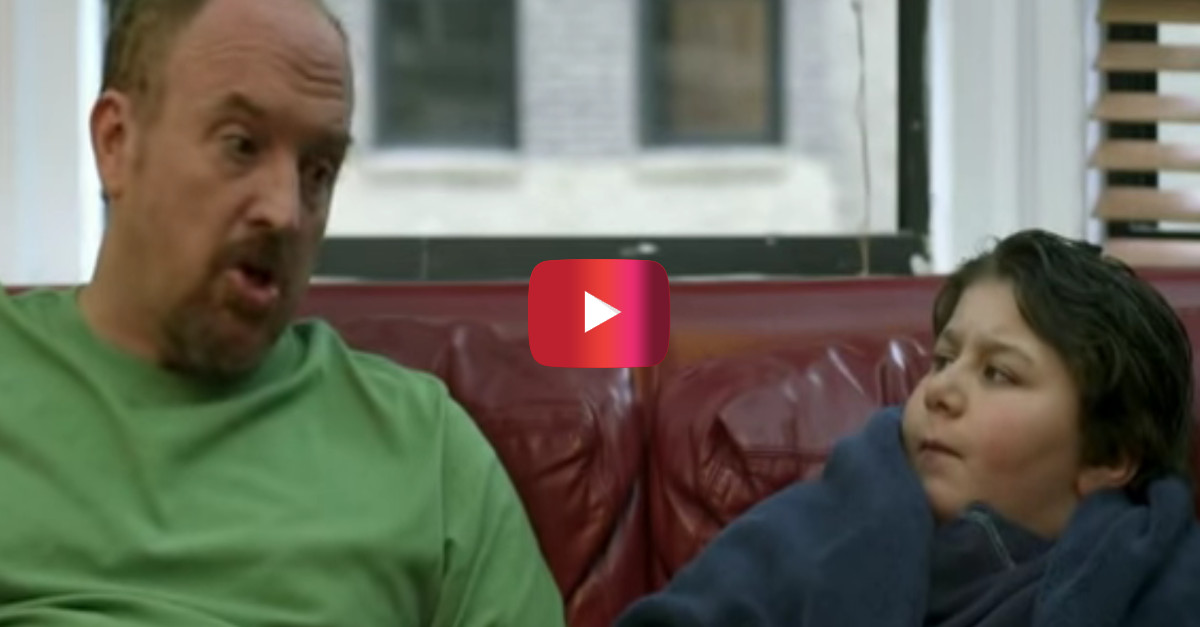 During the “Louie” season three episode “Barney/Never,” Louis C.K. encounters a strange little boy whose mother has set up a play date with Louie’s daughter.

Despite his daughter’s protests that the kid is very strange, Louie lets the play date go on, even though his daughter locks herself into her room the minute the visitors come inside.

From there on, it becomes a play date between Louie and the little boy, named Never, who proceeds to show off just how weird he can be.

When left alone, Never throws Louie’s living room carpet out the window. When it comes time for a snack, Never decides that he would like to eat a bowl of raw meat.

When he gets bored, Never decides to give himself a bath.

After not hearing from the child for some time, Louie goes to investigate the bathroom, where he finds out that Never has pooped in the tub.

At the end of the episode, he sits down with the young man, who complains that Louie’s daughter doesn’t want to be his friend.

“You eat raw meat, and you shit in the tub, and you wreck everything, and as long as you act like that, nobody is going to want to be around you,” Louie tells the boy.

“My mom says that any choice I make is OK because I love myself,” Never responds.

“Your mom is wrong,” Louie replies.