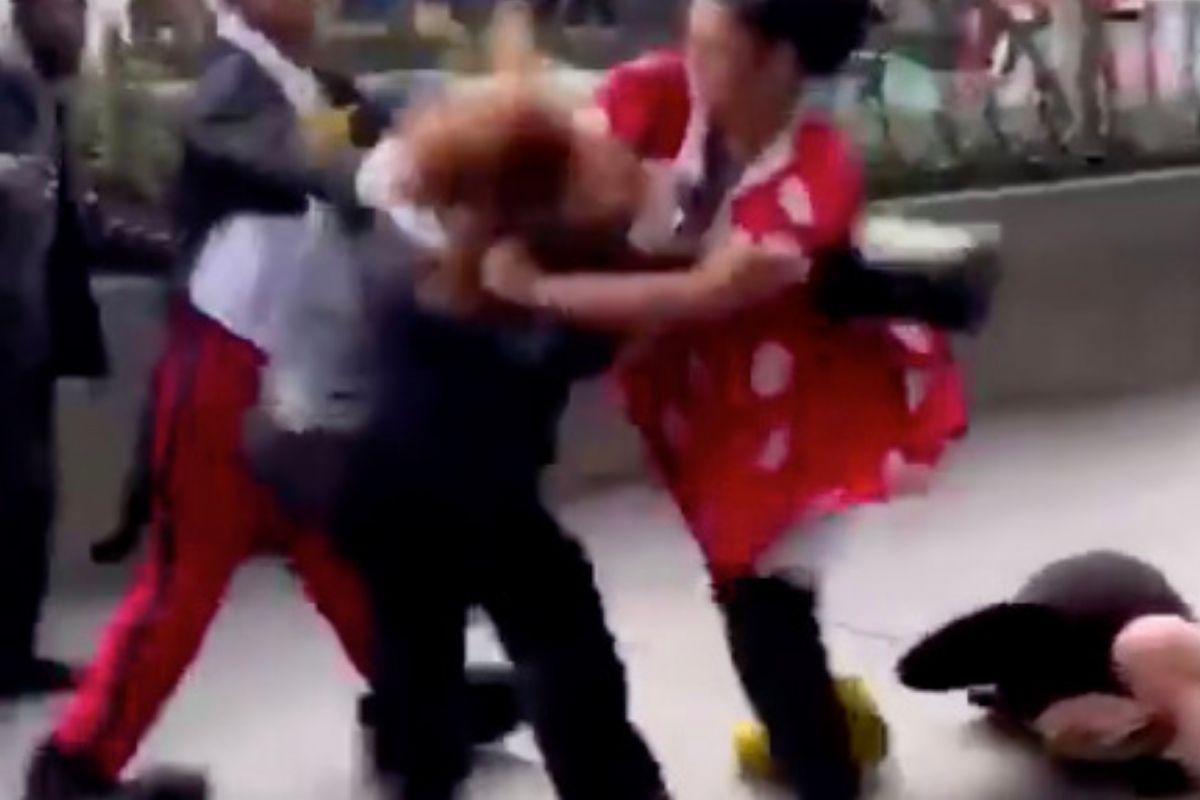 A woman dressed as Minnie Mouse on the Las Vegas Strip gave everyone who happened to be walking and/or stumbling by a fight to watch better than anything they’d have to pay to see at the MGM Grand.

The street performer, for some reason or another, had been getting into it with another woman in a security guard uniform. Their disagreement came to blows and, thankfully, someone was there ready to film, because how often to do you get the chance to record an impromptu foxy boxing match on the street featuring Minnie Mouse?

Fam, what Disney Experience is this? Minnie is part of the WWE now? 😳 pic.twitter.com/1nrt8zyEFB

Poor Mickey, in the middle of that melee trying to break up the fight. Probably standing there thinking to himself, “Dammit you’re gonna get us both fired. Kill a bitch on your own time.” At least this didn’t happen in July.

That security guard took an absolute beating and it’s clear the reason is that she was for sure not expecting that kind of smoke from a woman in big clunky shoes and a full Minnie Mouse costume. It’s a fair assumption, too. Minnie does not look like she’s all that mobile or maneuverable. The speed at which Minnie’s fists came flying completely caught the security lady off her guard, and her initial confusion and bewilderment lost her the fight. The security guard was on her heels from the start. But still, she should have known to expect the unexpected. Plus, if a person is furious enough to try to beat the shit out of you while they’re at their job they’re going to probably find a way to get at you.

Also, Minnie just wanted it more. She wanted to paint the Vegas Strip with that security guard’s blood. What could this have been about? A man? A professional disagreement? Twenty dollars? There’s no telling, really.

Editors Note: This article was originally published on January 20, 2020.