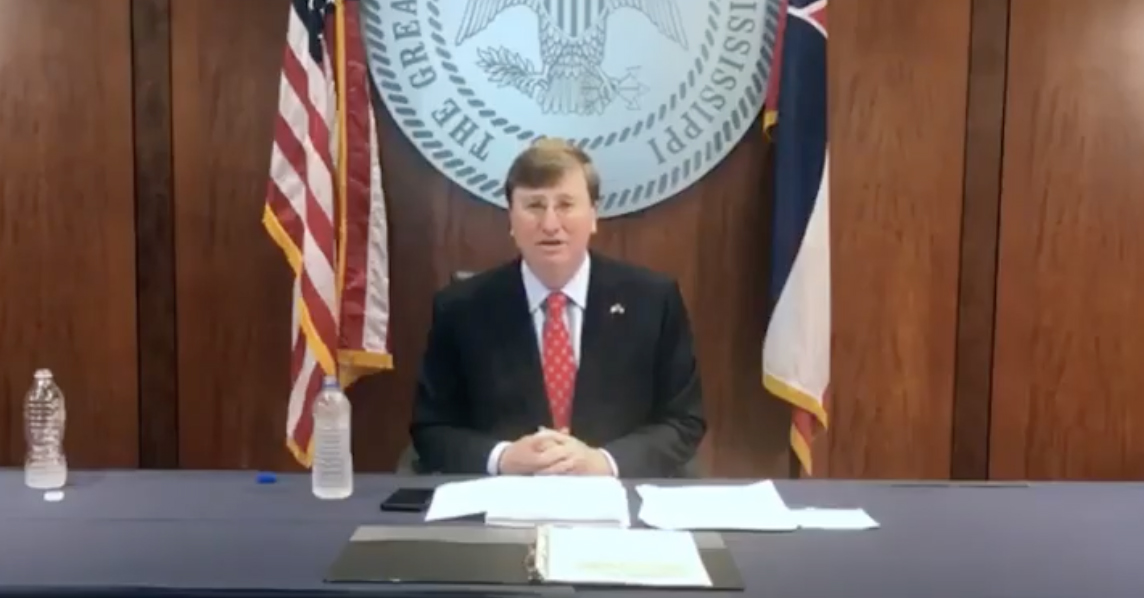 With graduation ceremonies canceled across the country, Mississippi Governor Tate Reeves — an extremely Mississippi-ly named governor — thought it would be a nice treat to give a commencement speech to the state’s graduating high school seniors on Facebook Live. Naturally, though, teenagers gonna teenage.

While reading off names of graduating high school seniors in Mississippi, Governor Reeves came across one peculiar name, but he didn’t realize it until it was too late. In the video of him reading the name, in fact, you can see the exact moment he realizes what he’s reading. But the deed has already been done. The words have escaped his lips.

The name in question? A one Mister Harry Azcrac. (Pronounced Hairy Ass Crack.)

The governor of Mississippi is reading the names of graduates.  And someone submitted the name “Harry Azcrac” 😂😂 pic.twitter.com/Kr7M1JISJc

In the video, the governor seems to notice what he’s read, but he swallows that bitter pill and goes on like a true pro.

For what it’s worth, Governor Reeves had a good sense of humor about it. After the fact he took to Twitter to congratulate the prankster.

Harry’s submitter has a bright future as a Simpson’s writer!

In 10 minutes we’ll be honoring more graduates on Facebook Live. Maybe even Ben—the pride of the Dover family. https://t.co/Njw0GcNCXN

That’s great to see. There’s something truly charming about acknowledging that you got got.

And really, what was the Governor supposed to do? He can’t be a boner about getting harmlessly pranked. We all need a little levity right now. And even more importantly, he can’t not read the name. What if Harry Azcrac was a real person? A real person who would have definitely been mercilessly bullied for his name his entire life. The Governor can’t feed into that and mock his name on the largest stage on which its ever been spoken. Plus, Azcrac sounds like a potentially foreign name. The Governor acting like a minority kid’s name was fake would, um, not have played well.