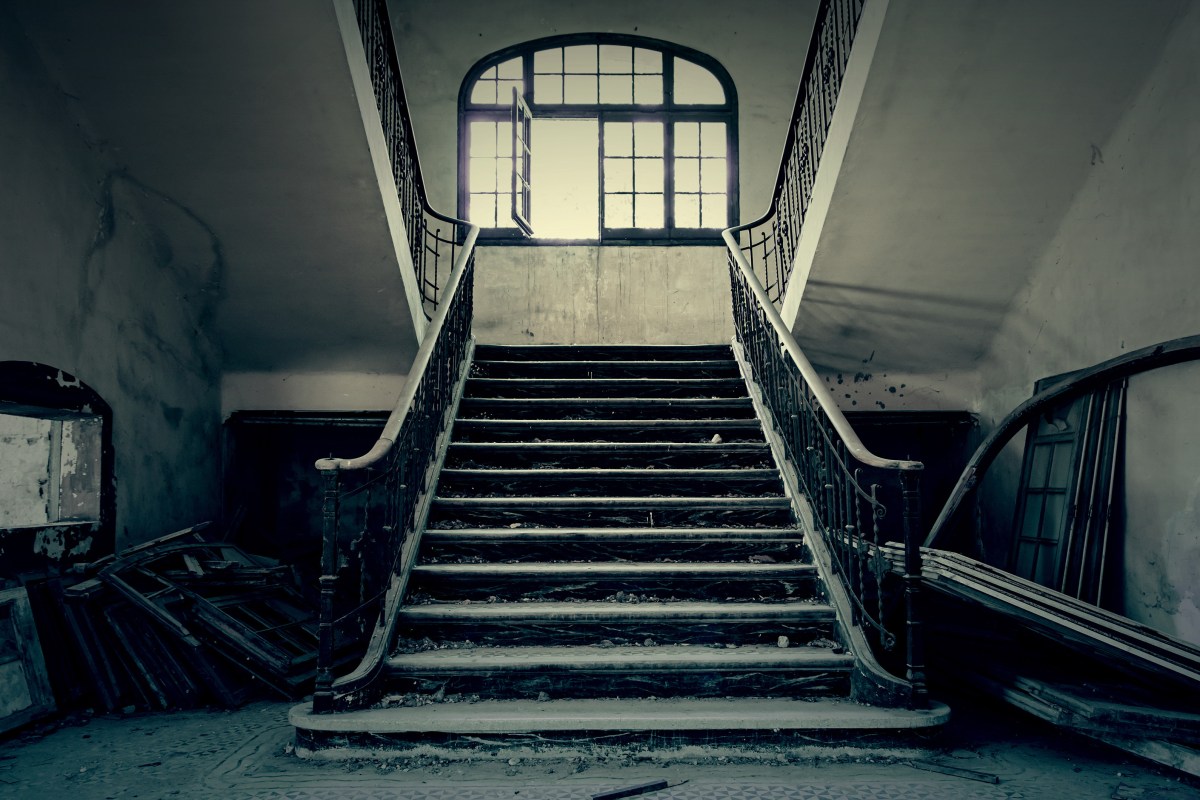 Ever wanted a breakfast nook that was once a horrific crime scene? Great news, America! There’s a new home renovation show coming to your television soon and it’s guaranteed to give some poor family a Poltergeist situation. We’re talking stacked chairs, child sucked into the TV, house being swallowed into hell. The full nine. Maybe you can be one of the lucky and soon to be haunted families.

That’s because that new show is called “Murder House Flip” and it does exactly what it sounds like it does. They fix up houses someone was murdered in and then a family moves in and, then, presumably, the dad starts hearing voices, goes insane, and kills everyone with a chainsaw or something. At the very least it’s the perfect home option for the family who wants to pay massive child therapy bills on top of their mortgage and property taxes.

Murder House Flip is set to air on the new streaming service Quibi, which launches in April. The episodes won’t be your typical hour-long, HGTV, Fixer Upper style show, however. Instead, they’ll be ten-minute short-form episodes, which makes sense because you can’t blame the crew for not wanting to spend the time it takes to shoot an entire hour-long show filming someone put up drywall in a basement that was once used for Satanic sacrifices and amateur human leather tanning.

The idea for this home makeover show was nightmare’d up by CSI executive producer Josh Berman, Penny Dreadful producer Chris King, and author Katherine Ramsland, who all (probably correctly) thought that combining true crime with house flipping and renovation shows into a one-of-a kind series would be a hit. (I’ll watch.)

The show will play to both aspects, with spiritual healers and forensic specialists doing their thing on the property — communing with the pissed off ghosts, figuring out exactly where the prostitutes were strangled — before giving way to high-end renovation experts who will try their best but definitely fail to renovate the house in such a way that its residents and anyone else who visits will forget that a drifter once wandered into it one night and slaughtered the family who lived there with an ax.

“We are thrilled to bring this one-of-a-kind series to life and dive into a world that combines America?s two biggest TV obsessions: true crime and home renovation,” Elyse Seder, senior vice president of alternative and syndicated programming for Sony Pictures Television, said in a press release.

So when April 2020 rolls around get ready to watch a whole bunch of families make a huge decision that they’ll come to regret almost immediately.