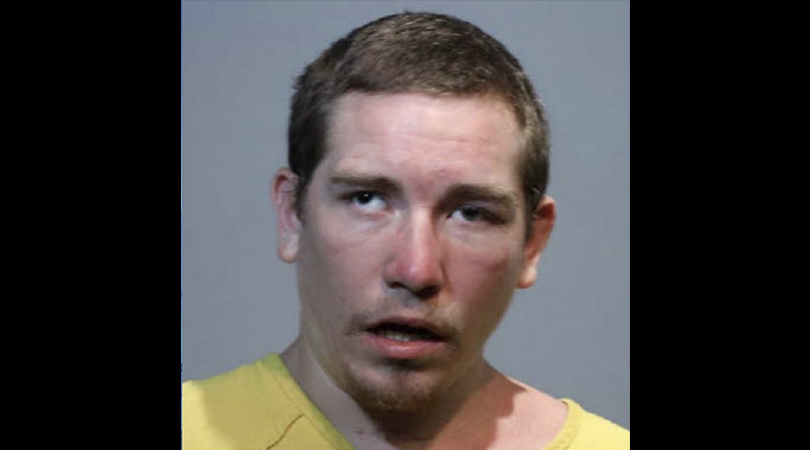 If you’re planning on practicing for your adult naked basketball rec league at your nearest public park, think again. To the surprise of literally no one except this one guy, it’s illegal to droop and hoop. A Florida man arrested for playing basketball naked learned this lesson the hard way when he was approached by police while free ball ballin’ in Longwood, Florida.

Police received a call around 7:30 p.m. on a Sunday night that there was a naked man playing basketball at the for-that-moment-unfortunately-named Candyland Park and responded accordingly. When officers from the Longwood Police Department arrived they found Jordan Anderson, 29, playing basketball naked with two balls too many. When they asked the Florida man why he was Dikembe Mutombo wagging his dong all over the public court Anderson said it was because he thought playing naked would help improve his basketball skills.

Responding officers say they found Jordan Anderson naked and playing basketball on the park's court. When asked what he was doing, police say Anderson told them he was working on his basketball skills.https://t.co/1i3p92Xlvc pic.twitter.com/oWlNKPDdAc

Presumably, the police then looked at his face and arrested him. Anderson was later charged with indecent exposure of sexual organs.

But this begs the question, would practicing basketball skills while naked actually help improve your skills? Um… maybe? Think about all the distractions that come into play in a basketball game. Stuff that throws your shot off or gets in your head. These are the sorts of things a good basketball player has to learn to deal with and ignore. And none of those distractions are as distracting as a gust of wind blowing directly onto your genitals, or playing under the assumption that at any moment the police are going to show up and taser or pepper spray you (possibly right on your genitals).

If you can sink free throws while living in fear of being tackled to the ground by a police officer furious that you’ve whipped your scrotum out within fifty yards of the playground he takes his kids to on the weekend, then you can easily knock down the back end of an And 1 with the game on the line. I’m sure describing that indecent exposure charge on the arrest report was fun to write up.

Let’s all just be glad Anderson didn’t go hard in the paint.

Editor’s note: This article was originally published on May 13, 2019.