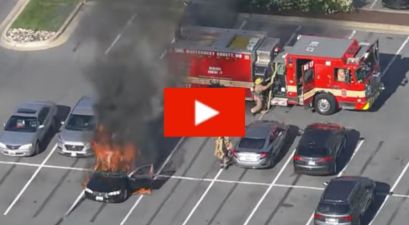 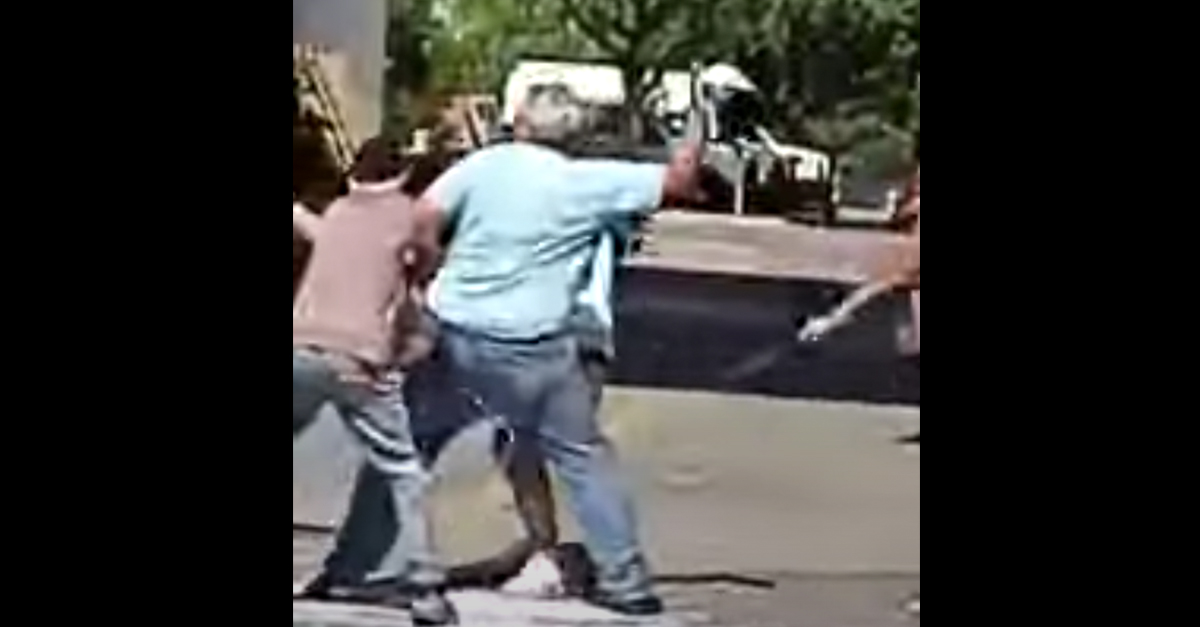 The parking lot of a Home Depot in Tampa, Florida descended into chaos (that feels like a sentence that might get written a lot) when four Florida men began to assault each other with tools, paint cans, and good ole fashioned poorly delivered closed-fist punches for reasons that still aren’t clear.

The men in the video can be seen fighting each other around a red pickup truck. It’s not really apparent who is on whose side, but they all seem pretty pissed off. One man is seen swinging some sort of shovel or gardening tool while two of the others are using paint cans as weapons like some low-rent Kevin McAllisters. All the men are covered in paint.

There’s also the big guy, who appears to just want to fight everyone?

According to the Hillsborough County Sheriff’s Office the men all know each other and declined to press charges over the fight. Clearly they either work together or were friends having a little bro time working on some building project together and things went real sour, real fast.

While they wouldn’t say what started the fight, it’s usually best that these blog posts be at least 300 words for SEO and social media algorithm purposes so let’s wildly speculate to fill the void, shall we?

Here are my ideas on why the fight started:

1. The big guy farted and it was bad and one of the other guys was like, “Man you ALWAYS rip the worst ass, especially when we’re in the truck and I’m tired of it! You need to change your diet or eat some Tums or something bro.” The big guy took offense — he was feeling self-conscious — and lashed out.

3. Someone owed someone else seven dollars. A lashing out over the debt occurred.