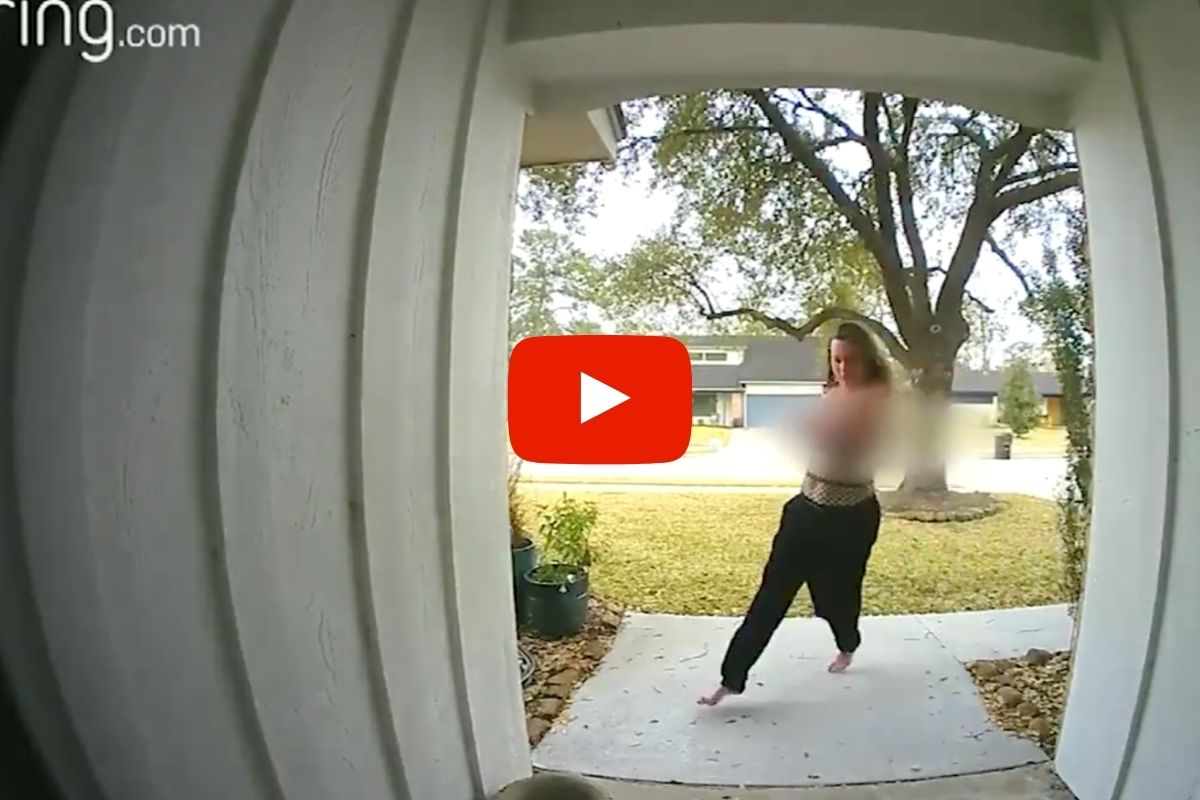 The Texas porch pirate (I’m surprised it wasn’t Florida) was in such a rush to steal a package that her top slipped off during her daylight heist! And yes, there is a video to prove it. Oopsie! The video shows a barefoot woman sprinting up to the front door of a home in Houston, and swiping a box that contained a dress from Nordstrom. During the theft, the women’s shirt is seen slipping off which was captured by the homeowner’s Ring doorbell camera. God bless ring cameras, my right?

I just want to know, is that a booby trap ? LOL

According to Harris County Precinct 1 Constable Alan Rosen the woman clearly didn’t see it coming. He stated, “She clearly was having a wardrobe problem on the way up. I don’t think I’ve seen one of those.” As far as a woman herself, well she still remains anonymous and police are currently looking for her. (Social media do your thing!) But apparently, police officers do have a few suspects in mind. The doorbell camera was able to capture the vehicle and images of the woman herself. Honestly, this is so stupid. This woman is clearly not in her right mind.

If you’re going to steal, make sure there are no cameras in sight. Of course, I’m not condoning this, but I’m just saying if you’re ever going to steal something, do it correctly. Look at your surroundings. Or maybe just don’t steal at all because it’s not the right thing to do. I hope this woman gets caught and she’s forced to return the dress. Can you imagine that awkward conversation when she returns it? I would be so scared and ashamed of myself. To be honest, a little bit embarrassed too. Porch piracy is no joke. Be careful online shoppers!