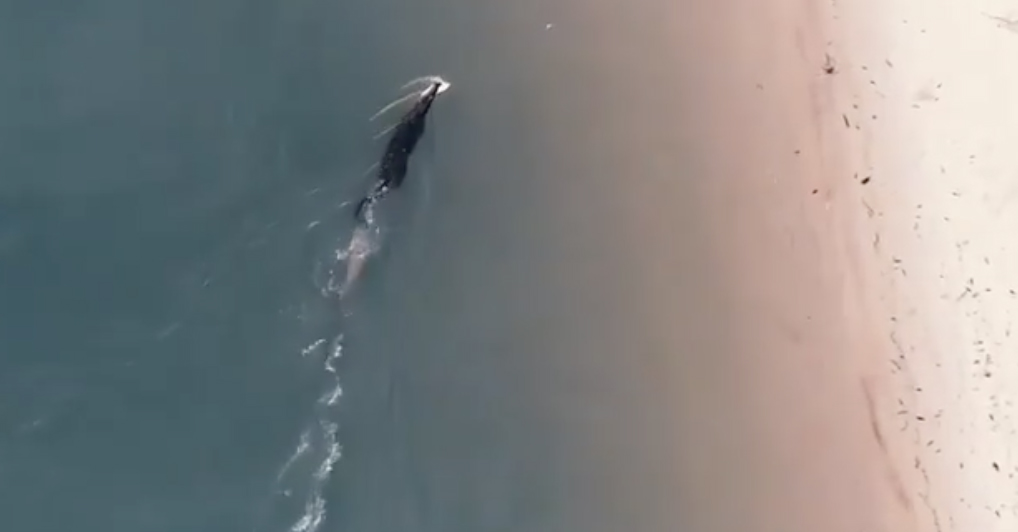 Nature decided to throw two apex predators at each other just for the hell of it and thankfully someone was there to film it. YouTube creator Brodie Moss was flying his drone in Northern Territory, Australia when he spotted a big as hell croc with a fish dinner in its mouth.

That alone is quite the sight but what followed was downright outrageous. As the croc swam to shore to finish off its meal a bull shark was alerted to its presence and decided to follow. The bull shark then took off full speed at the croc and attempted to take a chunk out of the reptilian predator’s tail. The croc was able to evade, though, and make it to shore with just a scare.

While bull shark vs. croc engagements aren’t exactly a daily occurrence down under the two have been known to tangle before. In 2014 an 18-foot Aussie croc named Brutus was seen chowing down on a 5-foot bull shark, probably as an appetizer.

1. Can they both die? That would really be the most optimal outcome, really. Both of these monsters dying and sinking to the bottom of the ocean.

2. But this is Australia so we should all just be happy the worst possible outcome didn’t come to fruition. That outcome? Obviously it’s the croc getting away but then a spider jumping out of a sand hole and killing the croc while simultaneously a jellyfish venomous enough to kill a fully grown brontosaurus — which it probably has because it’s also 70 million years old — comes to the surface just long enough to engulf the bull shark in its tentacles before slinking off back out to sea to go eat everyone on an oil rig or something.

3. At least Australia’s favorite snack is that bread with sprinkles and butter on it though. That’s pretty cool.