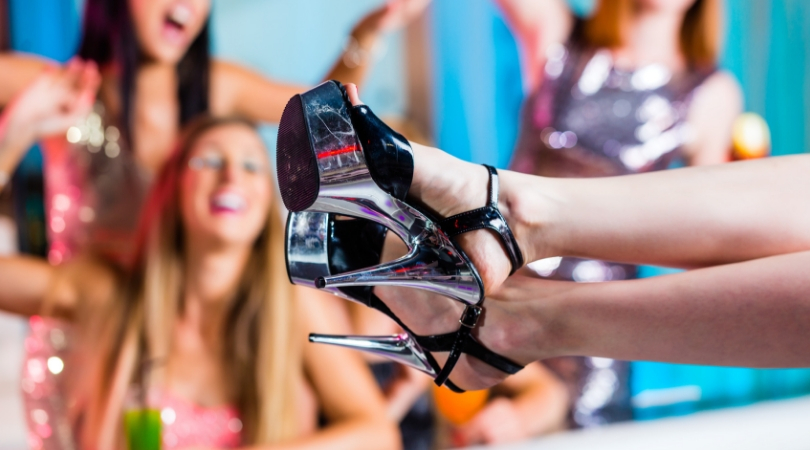 September 20th is right around the corner and people are eagerly waiting to “see them aliens.” But not as much as Déjà Vu Services, which is Nevada’s largest adult entertainment operator, who have set up a plan to bring out a dozen dancers along with their convenient strip club on wheels, the “Strippermobile.” Yes, because even aliens like to have a little fun…with strippers.

In case you haven’t heard of the phenomenon viral Storm Area 51 party, people are basically going to go to the location and bust down doors in hopes of finding aliens and artifacts. Whether or not people who signed up to “invade” the top top secret military base will succeed or not, at least they can rest assured that there will be exotic dancers there to keep them company. Perhaps cheers them up a bit when they unsuccessfully try to break in.

Me locking my Alien from Area 51 when the government start looking for him : pic.twitter.com/gnPcCyOm4K

Director of Operations, Ryan Carlson, stated that come September 20, the strip club will be there because “We know that most Americans know: that strippers make any event better, and this one will be no exception.” Carlos is definitely the hero of the night. Calling it the “Ultimate Alien Tailgate Party,” they hope to entertain everyone before and after the event, encouraging people to “make it rain.” This is hilarious, yeah sure. A good way to get the clubs name out there and make a few more bucks because of it, but we have to remember that this whole Area 51 ordeal is pretty dangerous, y’all.

Let’s not forget that there have been several warning from government agencies and businesses saying they are going to try to stop it from happening at any cost. The Central American tourism board is offering residents of Rachel, Nevada, located near the military base, actual free trips to Belize to escape the whole “invasion.”

Today was a good day. pic.twitter.com/eWQ0CAdKup

As for the U.S. Air Force, well they even released a general alert warning to anyone considering raiding the base, because well, it is government property. So you might get shot if you even try to step close to it. But hey, don’t let me be the one to stop you, you do what you need to do. After all, aliens are aliens. I’d totally want to know if they are real or not too.

That being said, I don’t know about you, but I have a feeling this is going to get way too out of hand. For those of you who are over this whole Area 51 nonsense, don’t worry, I am too. I’m just waiting for this Facebook prank event to die down, already. But hey, if you do show up that day, know that it’s going to be a hell of a party with exotic dancers, alien believers, and free beer from Bud Light.