Before his tenure in the White House is over, President Trump will definitely win the award for the “most Photohopped president.”

When an image of him wearing a bathrobe emerged, the Photoshop geniuses of Reddit quickly jumped on their computers and moved the leader of the free world into a lot of hilarious situations. Similarly, somebody realized that the president’s sometimes erratic hand movements actually make sense if you put an accordion between his hands.

In the latest bit of video editing, a YouTube account called “Evil Ice Cream Pictures” shrunk the president to a hilariously tiny size. But hat doesn’t keep Tiny Trump from leading — he still signs bills and even gives a press conference with the Canadian prime minister (though he does have to stand on a stack of books).

The team behind the “Pocket Potus” explained in their description “we all saw those stills of Tiny Trump and were like, ‘that’s cool by who not do it in motion…wait, we could do that.’ So we did.”

RELATED: “SNL’s” President Trump takes the travel ban to the court he trusts most: ‘The Peoples’ Court’

“Evil Ice Cream Pictures” has made a lot of videos that take on the political sphere, including a series of clips that blast right-wing conspiracy peddler Alex Jones. 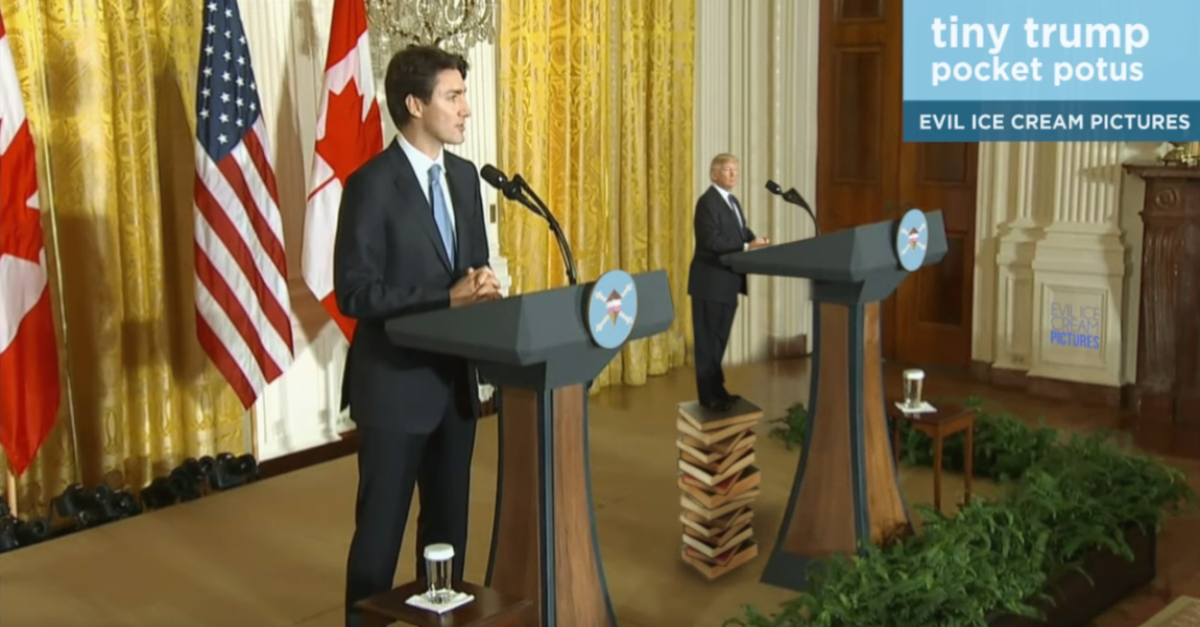