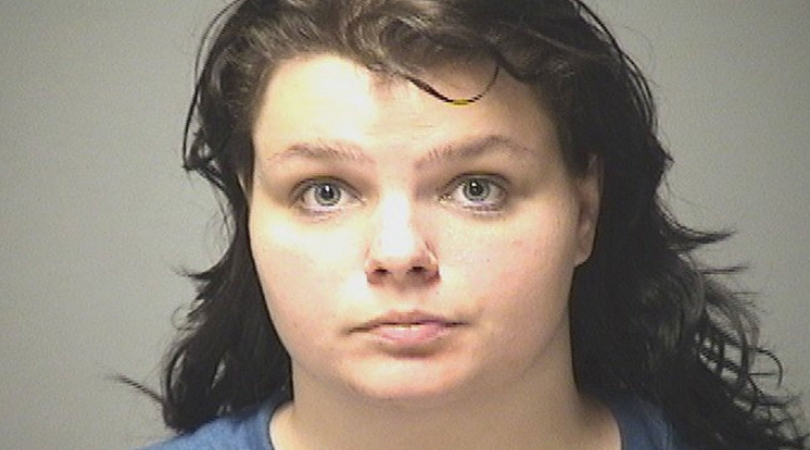 Ah, I love this kind of dumb stories. It makes me feel good about myself and my life choices. A New Hampshire woman, who is probably obsessed with Buffy the Vampire Slayer or Twilight, decided to cover herself in fake vampire blood and call the cops. Why did she do this? Because she was so frustrated at her neighbor that she wanted to frame him, saying he assaulted her. Lolololololol.

The whole “sucky situation” occurred on Monday, August 5, after Christie Benoit of Manchester called her local police department. She said that her neighbor broke down her door before he punched and scratched her. So of course, the Manchester Police Department responded to the call because well, that sounds terrifying.

When authorities arrived at the Benoit’s apartment, police officers were quickly greeted with blood everywhere! According to police, inside the apartment police found the couch cushions on the floor, the coffee table pushed aside, broken glass plates, and “blood” spattered in the living room, kitchen, and bathroom. Benoit had visible red stains on her shirt, a bloody nose, scratches on her arms and legs, and black eyes.

But of course, the police officers realized that something was seriously wrong amiss the “crime scene.” After police examined the red substance on the floor and on a paper towel, officers determine the fluid was not consistent with blood. Authorities also found a plastic tube of vampire blood commonly used for Halloween costumes! In addition to using the fake blood, police also accused “the alleged victim” of putting black makeup on her face to fake black, injured eyes. Basically, they were all bogus injuries and she was completely fine. Her ego tho, that was broken. Not even Dracula would be impressed.

The 20-year-old was arrested for falsifying physical evidence and given a false report to law enforcement. As for the motive for her stupid and hilarious crime, well, that has yet to be reveled because she didn’t quite say. My guess is that she either had a major crush on him and he didn’t like her back and she wanted him to move out because she was so embarrassed for stalking him. Or, you know, maybe she’s just bat shit crazy. I want to go with the first one though. You decide.