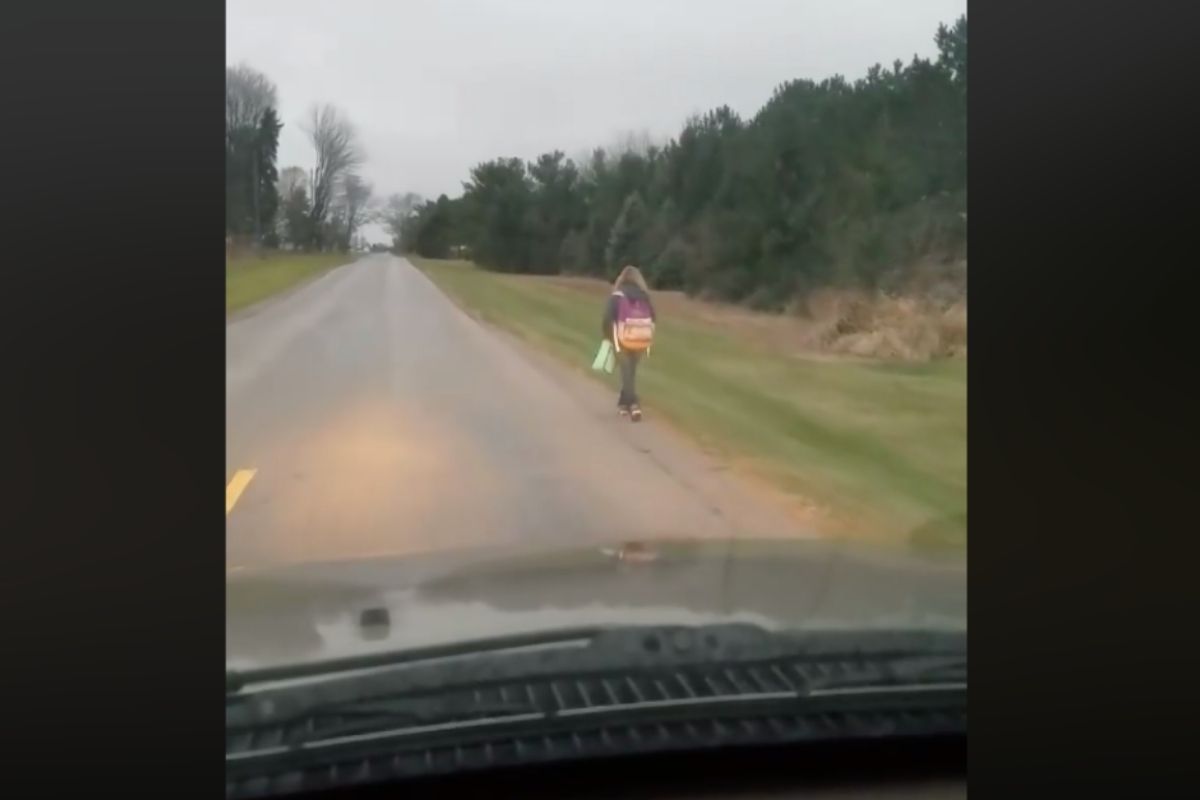 An Ohio father did a thing and is basically getting the same reaction every other piece of news gets on social media — half the people think what he’s doing is pretty Hitler-y and the other half think he’s one of the few honest American warriors fighting against the rising tide of androgynous homosexual communism. There are carnival rides less broken than this country’s discourse.

The incident people are arguing over but don’t actually care about involves Matt Cox, the aforementioned Ohio father, disciplining his daughter for bullying a classmate while on the school bus. His daughter was given a bus suspension for a week after the incident, which was the second time to date. In order to teach his daughter a lesson about bullying, and that riding the school bus (and getting car rides to school) is a privilege, the father made his 10-year-old daughter walk five miles to school, closely supervised, in 36-degree weather.

Cox also filmed part of the five-mile trek and posted it to Facebook. The video shows his daughter walking on the side of the road while he narrates.

According to Cox, his daughter now has a new outlook on bullying and a new appreciation for motorized transportation. So an Ohio dad doled out some life lessons in a small way. Pretty simple, right? A supervised five-mile walk isn’t going to kill a 10-year-old. Not really. The reaction was almost entirely either, “THIS PUBLIC SHAMING IS ABUSE,” or “THANK YOU FOR YOUR SERVICE.”

As far as I’m concerned this was a totally acceptable, barely remarkable punishment. The only thing that would theoretically keep me from doing this to my own future children, should a similar situation arise, is the prospect of having to drive for five miles at what looks like about 1 MPH. Feels like more of a punishment for the dad than anybody.

Either way, it worked, at least according to Cox. So hooray. Let’s move on.

This story was originally published on December 6, 2018.