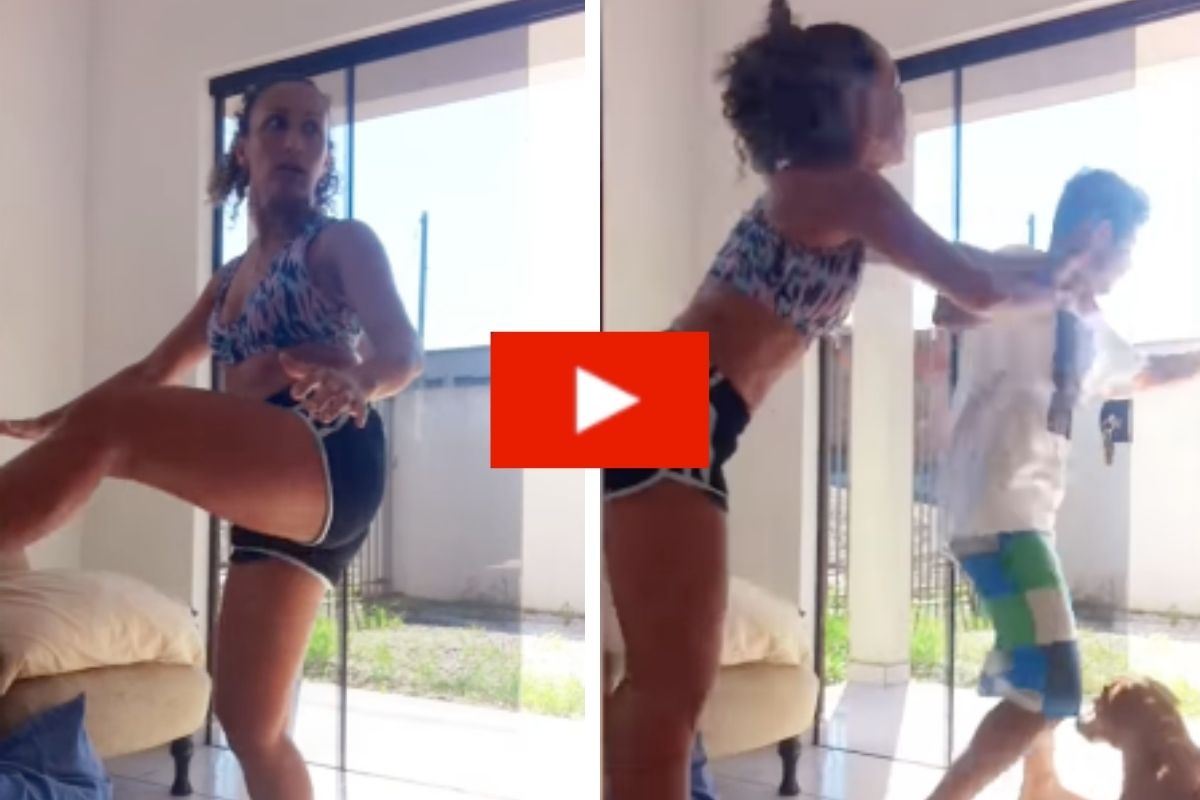 This is most definitely one way to take karma into your own hands, and if I was some creepy dude, I’d learn my lesson about what could happen if I snuck up on anyone as this guy did. Angela Goncalves, a nurse in Paranagua, Brazil, was recording herself dancing, twerking to be specific, when an intruder decided to invade her space and grab her. So Goncalves did the only reasonable thing to do in this situation: scare and beat the crap out of this creeper until he ran away.

The hilarious video starts with Goncalves just doing her thing, dancing and moving about for a video she was recording. Suddenly, a man walks by and notices her doing so, calling out to her. She’s startled by him but then proceeds to shoo him out. He then decides to step into her place and grab at her to which she immediately starts landing punches and kicks, following him as he runs out of the premises. She keeps throwing limbs at him until the camera can no longer see the pair as she was chasing him away.

According to her Facebook post, Goncalves said, ?I get scared and act naturally as if I knew him until he reacts with the intentions of grabbing me. On that, with my docile pitbull instinct, I beat the hell out of him,” and she also told local media, ?I was with my 11-year-old daughter when he came in. I attacked him with a thousand different things in my mind about what could happen.” She has also filed a police report about what had happened.

This guy most definitely hit the wrong house and deserved those karate kicks he got from Goncalves. I stand with her in making sure anyone and everyone knows that if they tried messing with me like that, I’m going to take them down with me. It’s also empowering to see a woman bravely fight back, not knowing how the situation could pan out. If you can take self-defense classes, then you probably should. You never know when you’ll need it.