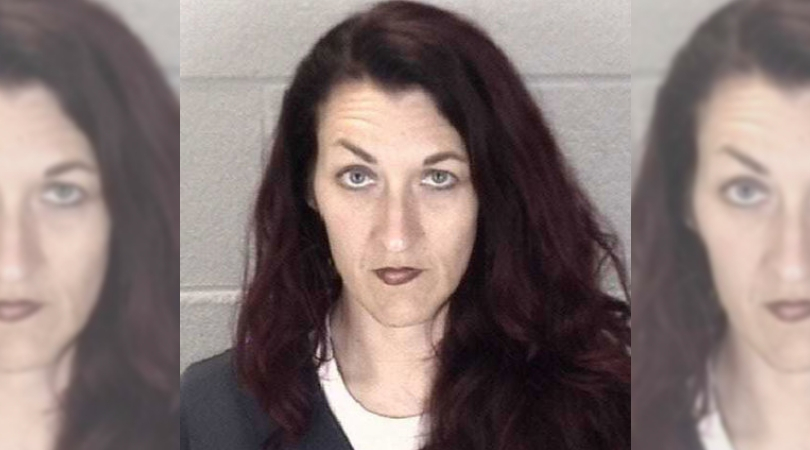 Look out world, Anastazia Schmid is out of prison and ready to play some more games. The 49-year-old was convicted of fatally stabbing her boyfriend 39 (!!!) times during a sex game! Schmid was reportedly released on parole after 18 years in prison. As to why she did it, Schmid admitted that she had a “psychotic break from reality” during a consensual sex game back in 2001.

The game involved her boyfriend being restrained and blindfolded. A few minutes later, the woman alleged she heard a voice that told her Tony Healcote, her boyfriend at the time, was very very evil and needed to be killed. So, she decided to stab this poor man with a kitchen knife and ultimately kill him. Yes, a literal mood killer.

In June, this letter came in to vouch for Anastazia Schmid. https://t.co/QqN5GFNgka

The U.S. District Court overturned the murder conviction back in May 2019 after a judge wrote in his ruling that the testimony of Schmid’s counsel that she was psychotic and heavily medicated raised doubt as to her competence to stand trial. Schmid pleaded guilty on August 26th to voluntary manslaughter. Her 44 year, 299-day sentence was commuted to time served and was released after receiving credit for good behavior. She will now be on parole for two years.

According to an opinion letter published in the Lafayette Journal & Courier, instructors who worked with Schmid in the college program at the Indiana Women’s Prison stated Schmid was not the same person who was convicted of the crime back in 2002. While in the program, she earned an associate and bachelor’s degree and is currently enrolled in a master’s degree program. She also worked as an art therapist, a writing instructor, a yoga instructor, and joined all the prison programs available to her.

While in court, Schmid apologized to victim’s family, saying she could never erase that pain she caused to them or bring him back. She also stated that she knew a “million apologies” could never undo the past but was truly sorry for her actions.