As it turns out, Steve Harvey and this little Latin dancer have a lot in common 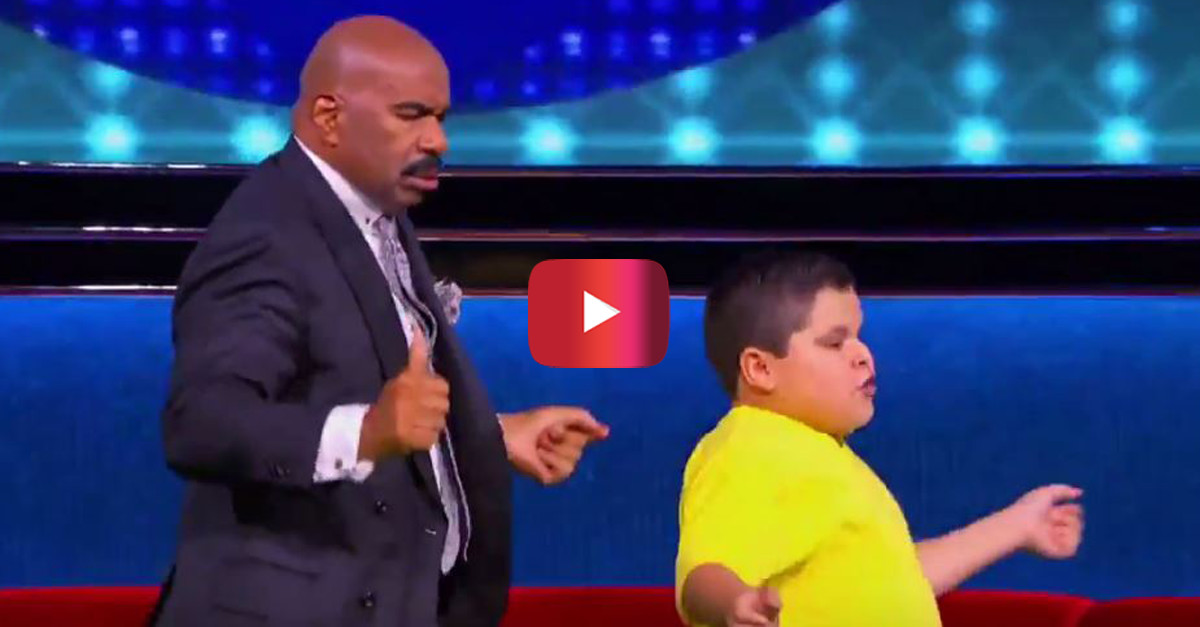 When Guillermo, the “Cuban Pete” kid, joined Steve Harvey for a great conversation on “Little Big Shots,” the two found out that they had much in common, with food being only a part of it.

As Guillermo’s bilingual friend translated his every word, he was sure to let Steve know that his stomach was growling. Sure, seeing his name in bright lights was great and all, but how can one appreciate the moment with a hungry stomach?

RELATED: Steve Harvey went wild for these these two, toe-tapping twins and it’s easy to see why

“Do you want to eat?” the translator told Steve. The “Little Big Shots” host asked, “What’s your favorite thing to eat?”

Born and raised in Mexico, Guillermo Gael Delgado Garcia has a natural appreciation for Latin food and music. His rise to fame began when a random pedestrian recorded his hilarious poolside performance to “Cuban Pete.”

RELATED: A little princess sat down to talk shop with Steve Harvey, and he had a magical surprise in store for her

And while he certainly gave Jim Carrey a run for his money, Guillermo is now challenging Steve Harvey — but only for fun. The two equally enjoy dancing, singing, a filling meal and a good old laugh.

To show his appreciation, Guillermo says, “It’s amazing, I love being here,” followed by a precious”I love you.”