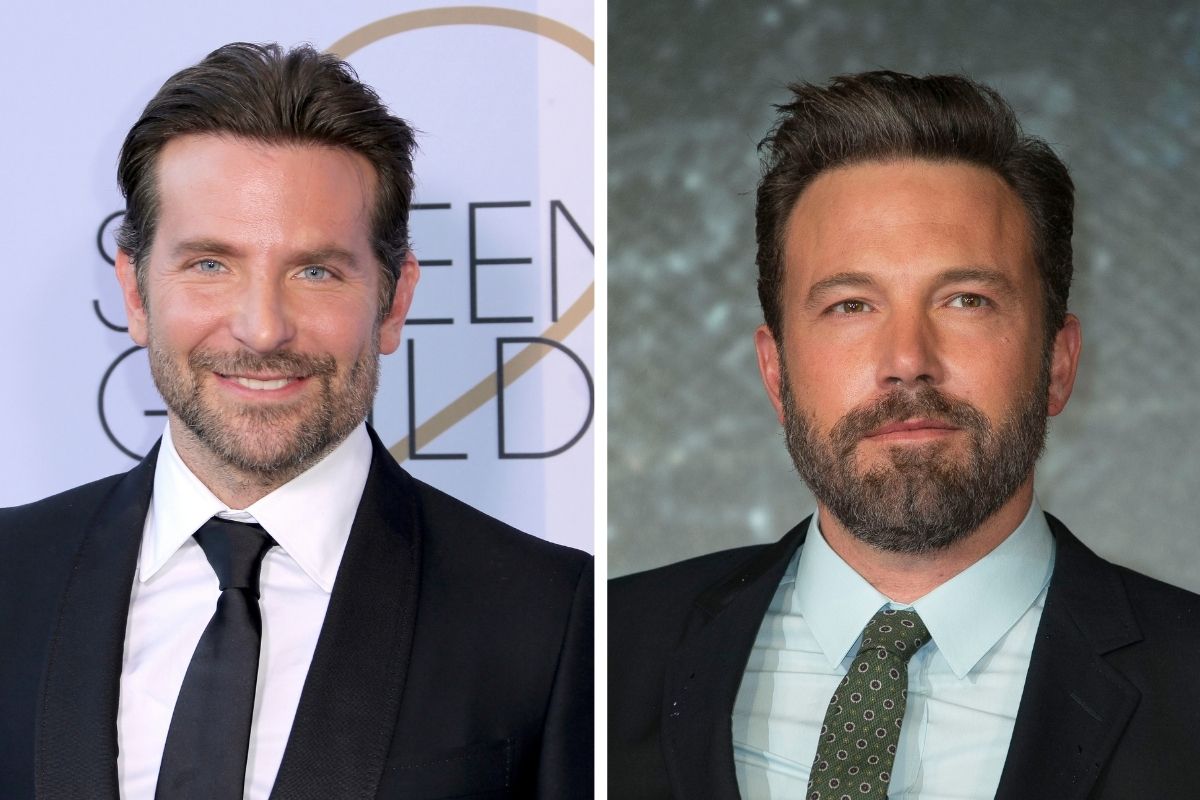 Ben Affleck is making ammends. After decades of drunken and inappropriate behavior, which ultimately led to his divorce with Jennifer Garner, Affleck is now fully sober,  and reflective. In anticipation of his comeback film The Way Back, Affleck was candid about his lifelong struggle. He cites fellow actor Bradley Cooper as a positive influence, and he’s not the only one. Brad Pitt has also thanked Bradley Cooper for helping him stay sober.

Alcohol addiction runs deep in Ben Affleck’s family. Speaking to The New York Timesi n February 2020, Ben Affleck described the toxic cycle which worsened for him during marital problems with Jennifer Garner. The dissolution of this relationship is Affleck’s biggest regret. He still feels shame about the way it all ended; Affleck had an affair with the nanny and subsequently entered rehab for the third time. (He also tried to get clean in 2001 and 2007.) The couple split and now share custody of their three children.

But his latest film, The Way Back, made it impossible to ignore that shame any longer. In the sports drama, he plays an alcoholic high school basketball coach who, like Affleck, destroys his marriage and ends up in rehab. The Way Back afforded Affleck the opportunity to address his past publicly, as the parallels between his real life and the film are just too much to ignore. (Due to the Covid pandemic, The Way Back missed its theatrical release and tanked direct to TV.)

Perhaps fans expected the newly sober Ben Affleck to thank his longtime BFF Matt Damon for the emotional support. But instead, Affleck has singled out actors Bradley Cooper and Robert Downey Jr. for advice when it comes to beating substance abuse. Like Affleck, Cooper also recently channeled his past for a painful performance. In A Star Is Born, Cooper famously played an artist who succumbs to his own demons. But in real life, the actor was determined to take control of his life. At the age of 29, Cooper was partying so hard that he even “deliberately bashed my head on the concrete floor ? like, ?Hey, look how tough I am!? And I came up, and blood dripped down.? That macho display turned out to be the turning point. Revealing his messy past to the Hollywood Reporter in 2012, Cooper was eight years sober. Presumably, he’s 16 years sober now.

During an extensive interview with Diane Sawyer, Ben Affleck credited Bradley Cooper and Robert Downey Jr., “wonderful men,” with helping him on his journey. It seems that the celeb support is real within this group of A-listers. Oscar-winner Brad Pitt thanked Bradley Cooper during an acceptance speech at the National Board of Review, bluntly saying, “I got sober because of this guy and I’ve been happier ever since.” Watch the gushing video below to see the love between Cooper and Pitt, which clearly goes both ways.

Brad Pitt on Getting Sober

WATCH: How Much of the Film ?Pearl Harbor? is Accurate?