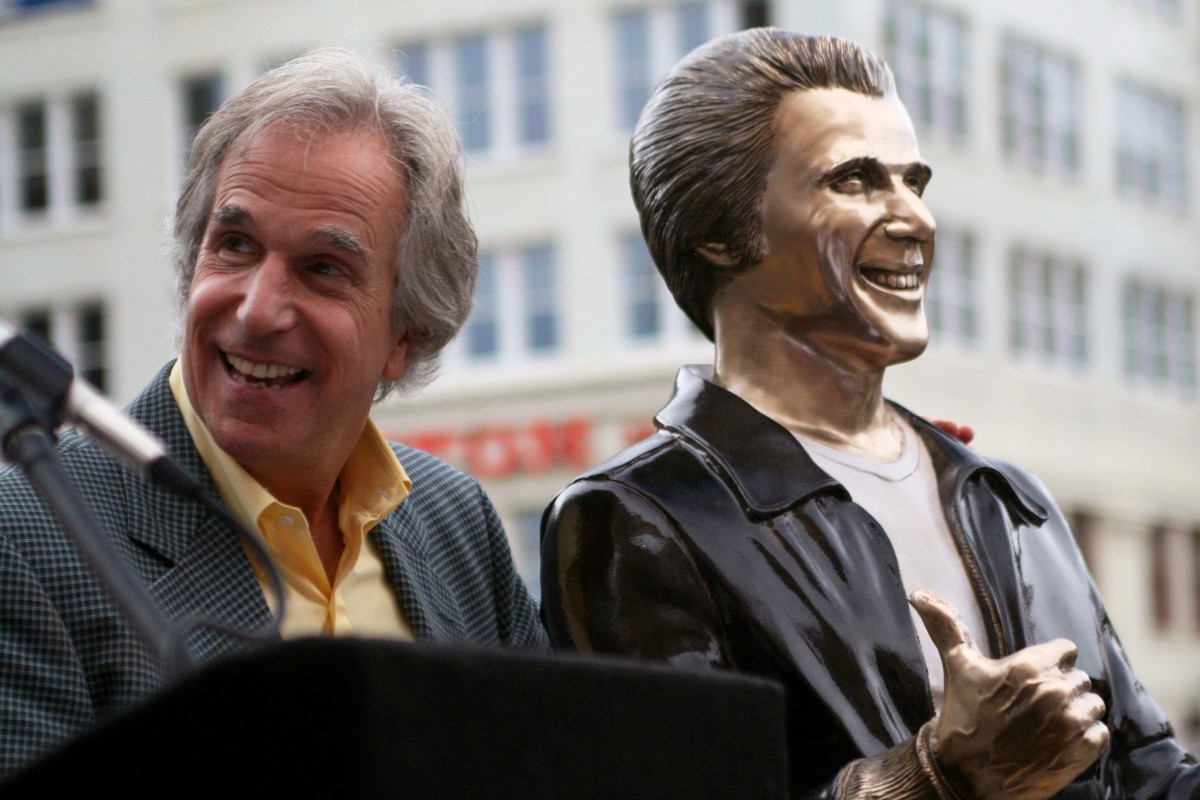 The Fonz — the neighborhood “bad boy” with a leather jacket, motorcycle, and a heart of gold — was brought to life by Henry Winkler. Winkler was nearly 30 years old when he first began playing the 16-year-old character, but the Fonz would become immortal as one of the most popular TV characters of all time. It’s been nearly half a century since Winkler enchanted American audiences with his beloved character. But who is the man behind the Fonz, and what is he up to today?

Meet Henry Winkler: The Man Behind the Fonz

Henry Franklin Winkler was born in 1945 in Manhattan, New York. His parents, Ilse Anna Maria and Harry Irving Winkler, had come to the United States after fleeing Germany during World War II. In the U.S., both worked at a lumbar company.

Growing up in New York City, Winkler struggled with academics due to what he would later recognize as dyslexia. Although his parents had hoped he’d take follow in their footsteps and work at the lumber company, Winkler caught the acting bug at a young age. After graduating from high school, Winkler went on to earn his bachelor’s degree at Emerson College and a Master of Fine Arts degree from the Yale School of Drama.

Winkler kicked off his Hollywood career with a lead role in the 1974 movie The Lords of Flatbush. That same year, he landed the part of Fonzie on Happy Days — catapulting him into stardom. In addition to earning the show soaring ratings, Winkler won two Golden Globe Awards and earned three Emmy Award nominations for Outstanding Lead Actor in a Comedy Series.

Following Happy Days, Winkler shifted his focus to directing and producing. As a director and producer, he is best known for his work on the TV shows MacGyver and Sabrina the Teenage Witch. In the ’90s and early 2000s, the actor made appearances in movies like Scream and Adam Sandler’s The Waterboy, and had starring roles as Barry Zuckerkorn on Arrested Development and Sy Mittleman on Children’s Hospital.

Today, Winkler costars with Bill Hader and Sarah Goldberg on Barry, an HBO dark comedy series. Winkler plays Gene Cousineau, a narcissistic acting coach who teaches aspiring actors in Los Angeles. Over the course of its first two seasons, Barry earned an impressive of Golden Globe and Emmy Awards and nominations. After production was delayed because of the COVID-19 pandemic, a third season is expected to be released shortly (though not shortly enough, we say).