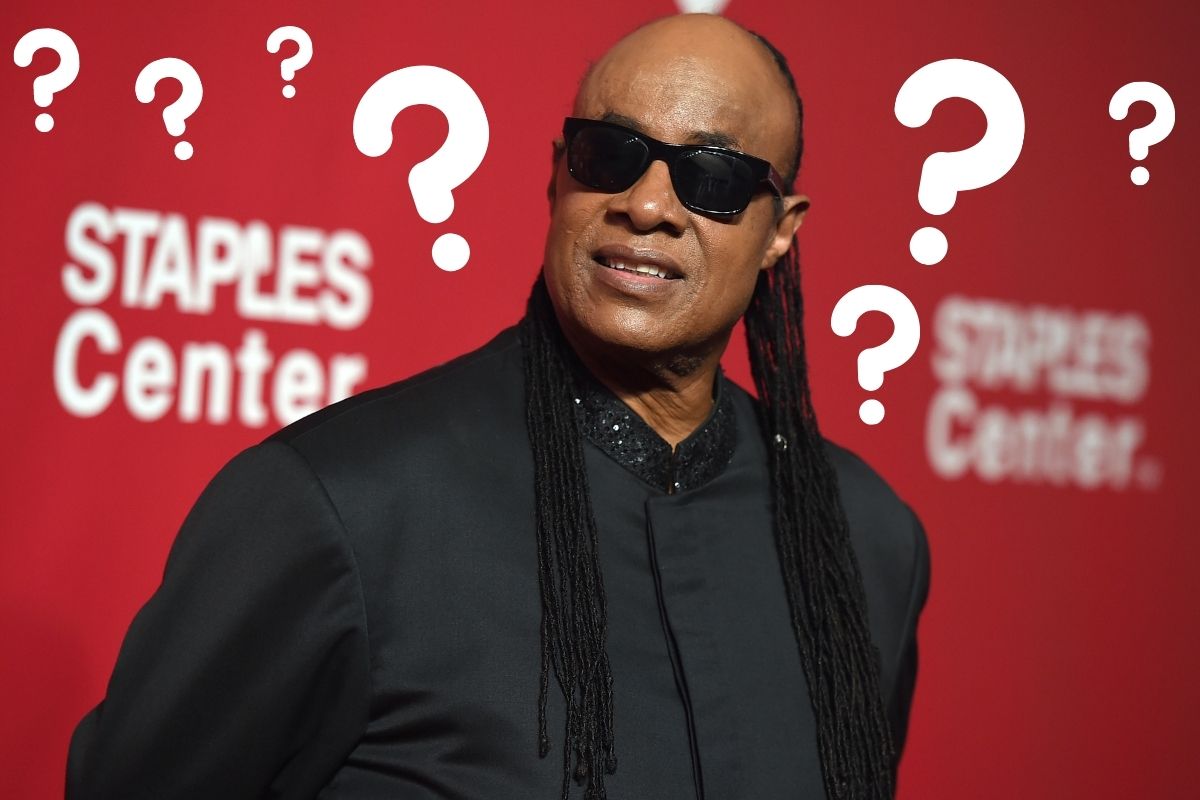 Stevie Wonder was a musical child prodigy. At the age of just 11, Wonder was signed by Motown and marketed under the name “Little Stevie Wonder.” This means that there are public records of Wonder’s youth — check out The Jazz Soul of Little Stevie above. (His hit single off the album, “Fingertips,” launched Wonder to #1 on the Billboard Hot 100 at the age of 13 — making him the youngest artist to do so.) As you can see on the album cover, Wonder was already wearing the black sunglasses that we so associate with the performer and his visual impairment.

That’s because Wonder was born blind… so the story goes. Wonder’s birth in 1950 was six weeks premature, resulting in the neonatal disease, retinopathy of prematurity: with the growth of his eyes halted, the retinas detached. The boy was blind. Right?

In the short video by Noisey, linked above, the host lays out some compelling proof as to why Stevie Wonder might not actually be blind. It’s specific moments of Wonder’s odd behavior that have alerted conspiracy theorists across social media; check out that questionable history below.

When performing at the White House with Paul McCartney in 2010, Wonder caught a falling microphone. The quick moment of reflex has fascinated fans for a decade now, the footage reviewed constantly. After all, how could Wonder have known it was falling? Then again, studies show that blind people have adaptive reflexes and are more keenly aware of their surroundings.

Hey y'all. Stevie Wonder is at the Minneapolis airport and people can't handle it. pic.twitter.com/Ff9pIOOeah

In 1998, Wonder was photographed photographing Michael Jackson. In 2018, Wonder was recorded by ESPN writer Myron Medcalf at the Minneapolis airport, apparently looking at a phone and/or posing for a selfie. While the latter incident seems more like picking up on social cues, Wonder snapping the pic of MJ seems more suspicious. But hey, it still sounds pretty cool to have a picture taken by Wonder — even if it is a little out of focus.

On TNT, Shaquille O’Neal shared an unbelievable story that really makes you… Wonder. (No pun intended.) The basketball player said he was at his Wilshire Boulevard residence in Los Angeles on the elevator “The door opens, it’s Stevie Wonder.” Then the musician proceeded to say, simply, “What’s up Shaq?” and press his button.

It’s hard to argue around this one. Wonder is a major NBA fan and is frequently photographed courtside at basketball games… another surprising hobby for a blind man! But maybe he enjoys the excitement of the arena. Given that history though, it’s likely that Shaq and Wonder had met before. But come on, did Wonder smell him? It’s almost like, in that telling elevator moment, he wanted to get caught. Or at least to leave us all questioning.

So What Do You Believe?

Is this enough to convince you that Stevie Wonder is not a blind man? Are you a Stevie truther? Almost certainly, Wonder was blind as a child. But in 1999 there were reports that Wonder was seeking out a possible experimental treatment for his blindness. However  specialists told Wonder that the novel “eye chip” surgery would not work on his severe eye damage. Then again, technology has adapted since and it’s technically possible Wonder could have had some corrective procedure we don’t about. Obviously, he can afford the best treatment money can buy.

To fake lifelong blindness feels like a pointless prank but it has generated an enduring mythology around Wonder’s super-human genius. As a culture, we’re fascinated by the impressive obstacle it imposes, the story of brilliance it perpetuates…. or maybe I’ve spent too long down the Stevie Wonder conspiracy rabbit hole.